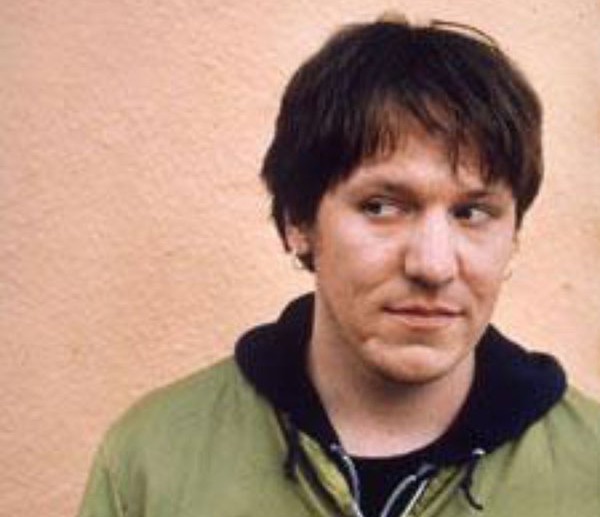 But when someone speaks to me, whether this person wants to stay anonymous of not, I am all ears… And I report when the person is in agreement with it. I know that some readers have heavily criticized that kind of reporting in the past, saying it is just hearsay… but what’s the difference between me saying ‘a source close to Elliott, or a friend told me this,’ and W. T. Schultz writing basically the same thing in this book ‘Torment Saint’. He also doesn’t always name his sources (for examples: ‘According to two different people I spoke with who were at the gig and deeply in the know’, page 15,… ‘One night he actually dreamed of Courtney Love, according to a different friend’, page 3… ‘In fact, according to another close friend, Smith was obsessed’, page 14). Are people more willing to trust him because it is printed in a book? It is ridiculous, and a lot of his named sources can also be considered as hearsay, there is simply no difference, and I can also prove any conversation I report about, effectively took place, if needed.

I got in contact with a musician who knew Elliott and Jennifer Chiba and this person wanted to let me know about a few things. She was around the California music scene at the time, although she has now moved to another state… She even knew Elliott when he was younger as she was living in Portland when she was young. This person was around and one of the most important things she told me regards Jennifer Chiba’s restless behavior. She is certain that Chiba was not ready to quit partying and give up on drugs when we know that Elliott was ready to change his life after the painful treatment at the weird Beverly Hills clinic, the Neurotransmitter Restoration Center. According to this musician, Chiba was still doing alcohol and drugs (‘booze and speed’) and this is actually totally compatible with what we already know, as we have the formal proof that Chiba had received a DUI on August 30th, 2003…

‘Jennifer Chiba has a long history of volatile relationships, and excess partying’ the musician told me, and she even suggested to me that Chiba may have been drunk or high on October 21st. But if it was the case, how could the police have missed that? Why didn’t they test her if she looked drunk or high? But did she? Was it negligence or laziness? Or is Chiba really a good actress as this person told me? There is a solid rumor Chiba waited some time before calling 911… did she do that to let the effect of her high dissipate a bit? At this point, any speculation is possible but you have to wonder if she really took a shower (to come down?) as it was sometimes reported.

It would be easy to dismiss a person telling you something bad about another person, but the problem is that this musician is the umpteenth person to tell me about Chiba’s erratic and violent temper… should I sum up once again all the stories?

– A sound engineer told us that, back in 2002, when he was working on a project for Andrew Morgan at Elliott’s New Monkey studio, he got the surprise to see Elliott disappear for 2 to 3 days. When he resurfaced, he said he had a fight with his girlfriend (Jennifer Chiba) and told ‘the story about how she chased him around with a knife during an argument     .’

– An Elliott Smith’s female fan had the misadventure to be befriended by Jennifer Chiba after Elliott’s death. She even stayed at her place in LA and soon discovered that Chiba was sleeping with her model boyfriend when she was away. The fan nevertheless kept in touch with her ex, and he told her about his rocky relationship with Chiba. This is what she wrote: ‘he would tell me stories about how she would get drunk and scream at him and throw bottles and glasses and threaten to kill herself. This was like a weekly occurrence and he didn’t realize what he’d gotten himself into. He was scared a lot of the time and she made him feel guilty like it was his fault. She was so manipulative.’ […] ‘She got drunk and crazy a lot, he said.’

– I also communicated with a musician who has now moved out of state but was around the Silverlake scene in 2003. He told me that some musicians witnessed domestic abuse, and discussed it: ‘It wasn’t too long after Elliott died and he said “That bitch was getting physical with him in fights.” And somebody else said something about it and he said “Seriously! She was like a domestic abuser!” And then maybe a couple of years later, 2006-ish, I heard someone say that he had witnessed her hit him once. I don’t know how serious it was, I just overheard it at a party and logged it mentally’

– And there is Caroline, ex-owner of the recording studio, which shared the same building that Elliott’s New Monkey studio. She was visibly terrified of Jennifer Chiba and felt compelled to write long posts to tell her story, and her encounter with the woman whom she called ‘the force’… you actually can read everything she wrote in November 2003 here. If she didn’t really witness real violence, her melodramatic description of Chiba is quite interesting: ‘There was a dark force in Elliott’s life and it wasn’t him, drugs or depression, as far as I could tell. But this is only my perspective so I could be wrong. It even had a name, but I won’t say it and I won’t even give it a sex because that’s not the point. The point is the dark force did exist for whatever reason and it did have a huge part or hold on Elliott’s life.’ […] ‘The force had black hair and dark squinting eyes and the whitest of skin, beautiful in a haunting scary, kind of way. The force seemed arrogant and entitled and that made me uncomfortable.’

– There is also this testimony I once found on a website… I agree, not a very reliable source as I never directly talked to the person contrarily to the other ones, but it just adds up to the picture. This was posted shortly after Elliott’s death: ‘she’s [the poster’s wife] known his girlfriend for some time, first, she’s a fucking manic nutball, second, she and Elliott have had this emotional, dramatic table-turning, door slamming, screaming “I hate you” type of relationship. typical for a manic and a depressed individual right? The wife has witnessed it herself in a bar one night. they were having one of those episodes. he had been making strides as of late, was off the depression pills, and really on the upswing. during this episode, she was really pressing him, for one reason or another.’

– Lastly, a few years ago I met Abigail Russell who had known Jennifer Chiba since 1999. Among a few revealing things, Abigail told me that Chiba had threatened all her boyfriends with sentences like ‘I am going to kill myself,’ and this amazingly echoed some of the previous stories.

We have to keep in mind that all these different pieces of info come from totally independent sources. So after being aware of all these stories going in the same direction, it is difficult to dismiss this musician, who even went to the police and told them to do more investigation. And this is the worst part of all this, this musician reported Chiba’s party behavior and history of volatile relationships to the police, but did they even pay attention? If I was able to gather all these stories by myself, why didn’t the police find anything compelling in Chiba’s past? Why didn’t they find anything troubling in Chiba’s behavior? But did they even investigate?