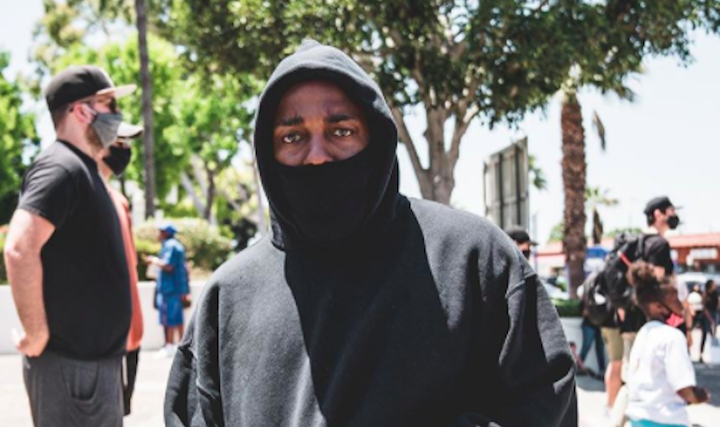 Despite attending quite a few of them in Los Angeles, I haven’t had the chance to spot any famous faces! However, a growing number of artists and musicians are spotted at Black Lives Matter protests, and here are a few pics and videos I have been able to find on Twitter and Instagram.

I don’t doubt many of them are sincere, especially since many of them are black, but showing up at a protest when you are as famous as some of these people is always double-edged. Do you want to be seen there? Are you doing this for your image? And if you are not black, are you taking advantage of the protests to show how woke you are? Again, I am not saying all these people are showing up at the Black Lives Matter marches for these reasons, I have no doubt people like Chance the Rapper, Kendrick Lamar, Janelle Monáe or Miguel’s engagement in the Black Lives Matter protests are utterly sincere, but it’s something that will always come to mind for plenty of other ones.

At one of these Los Angeles protests, pop star Harry Styles interacted with a protester who thanked him and told him how much his presence meant to her, this ended in a hug (in these scary coronavirus times) and, at least, the scene looked quite genuine.

Hayley Williams participated today in Nashville of a protest against the carrying of arms. I’m so proud of my girl. ?? pic.twitter.com/t6T9x8T8AW

Guys lets cancel J. Cole and Kendrick Lamar because after years of speaking on racial injustices they decided to protest with their communities instead of posting a black square on social media when they almost never use social media.

Harry talking to a protestor during the BLM protest in LA – June 2 (via amymarietta) pic.twitter.com/7swriw2r0l

So who’s gonna tell her? Ariana Grande didn’t just use her social media to educate people and share the links for petitions and donations.Besides,she even went out to protest for showing her support to BLM movement.. https://t.co/POqC5uAV3l pic.twitter.com/5L9Qa2eVbc

“I’ve had knees in my back.” Chance The Rapper joins protests over the death of George Floyd in Minneapolis. Floyd died after being held to the ground by a police officer kneeling on his neck: https://t.co/VhZaxxaNKW pic.twitter.com/r6QHCDI2RE