A Fundraiser For Turn It Up! At The Echoplex, Sunday July 21st 2019 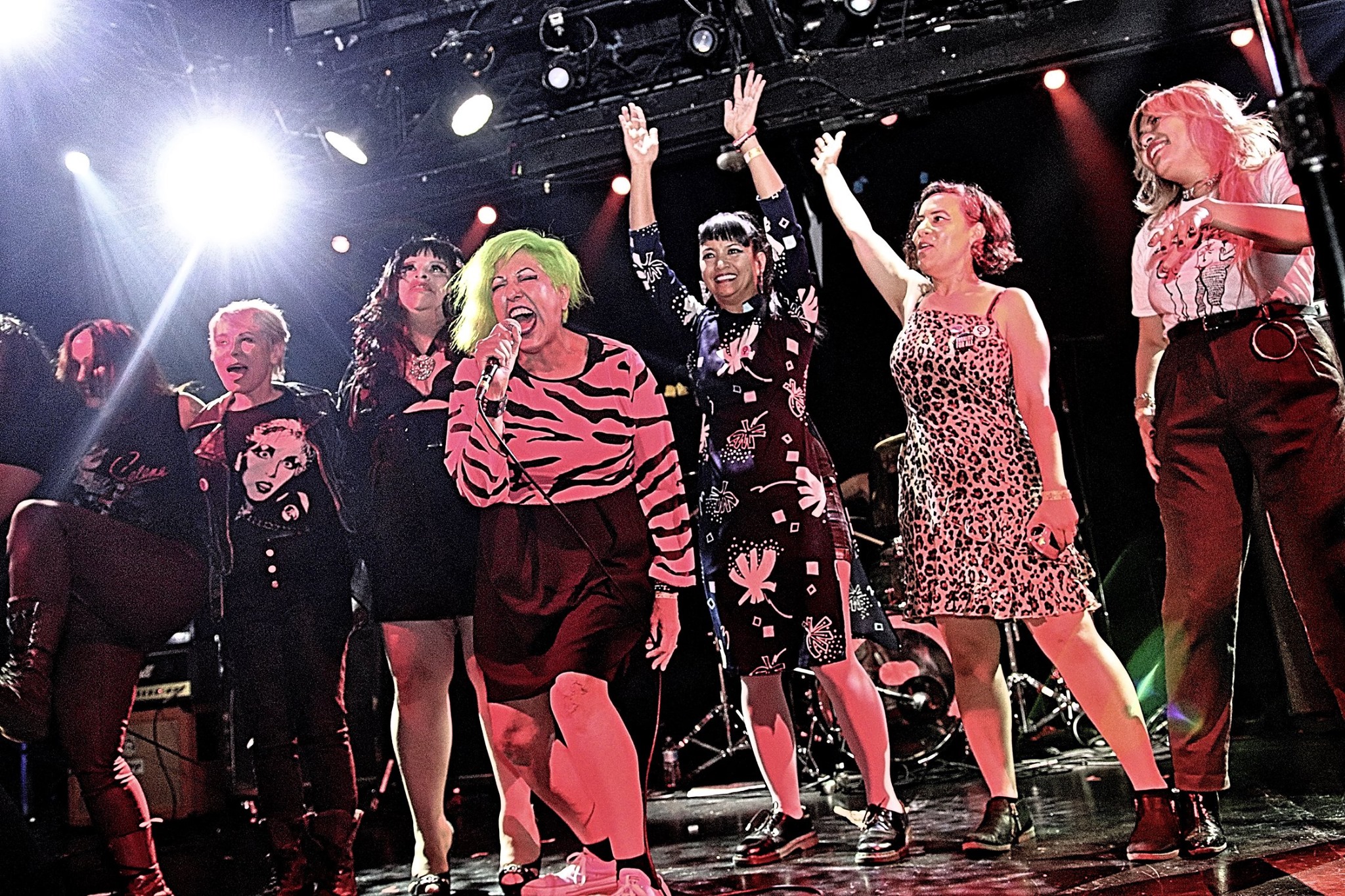 Turn It Up! At The Echoplex

Do you know that only 7.7% of the Rock & Roll Hall of Fame inductees are women? It is probably barely a surprise and Turn It Up, a newly-formed collective working toward gender parity in music, is working to change this injustice.

Named after an Alice Bag song, the women-empowering movement had organized a fundraiser at the Echoplex on a Sunday afternoon and the event was featuring an exciting all-female cast. It was an event filled with surprises and a unique occasion to see all these great performers together on the same stage.

First, Solvej Schou opened the event with a bluesy-rock set of songs from her newly released LP ‘Quiet for Too Long’, navigating around the themes of the night, injustice and empowerment. She had an extremely powerful voice, fierce above the thunderous music played by Chelsea Jean Speer-Guzman on bass, Bryan Bos on drums and Eric Hasenbein on guitar. But this demand for equality was going beyond sex equality,  it was also reaching all races and all genders as Solvej said before her beat-pounding rowdy song ‘Age and Beauty’. Her honest and visceral delivery was the perfect introduction for this politically-engaged night of music, but the Groans, a Rancho Cucamonga punk trio with political-personal songs, followed with a set habited by the gut-stabbing scream of their singer Annie. She was grunting and roaring more than groaning, a scratchy kind of vocals raging about frustrations and injustice while injecting a sort of malaise in their high-energy punk songs.

Phranc, the self-described all-American Jewish lesbian folksinger, treated us with her memorable folk songs. Alone on stage with her acoustic guitar, she didn’t need anything else to captivate the crowd with her political songs. Dressed as a man with her signature combat boots, she looked confident, determined but humble, with a generous smile, inviting the crowd to participate in a little dance during her ‘Bulldagger Swagger’. With timeless songs such as ‘Take Off Your Swastikas’, she had a song, ‘Dress Code’, which goes like this: ‘don’t tell me what to do/Don’t tell me what to say/Don’t tell me what to wear/Or how to cut my hair /Don’t lay your dress code on me’. This angry Jewish lesbian set the tone for the night, singing pretty folk songs with acerb lyrics, and showing that punk music doesn’t always have the tone of anger.

Between sets, DJ Mukta Mohan of KXLU and DJ diA of KSPC were spinning records, then it was time for an all-star set starting with queercore band Trapgirl. Part Ronnie Spektor on steroids part Divine, Drew Arriola Sands kicked the place in the butt with a ferocious and enraged rendition of Trapgirl’s signature song ‘Trapped for Life’, followed by the great Kristine Nevrose screaming ‘My Body My Mind’ with her usually effortless radical delivery and a ravaging performance, then the Bellrays’ Lisa Kekaula offered us her soulful voice during ‘I’ve Got a Right’ adding plenty of swagger in her tambourine. It was a treat to see all these women in one night, as Nina Diaz (of Girl In a Coma) came next with an unapologetic ‘It’ song. The house band had guitarists Sharon Needles (of Betty Blowtorch) and Blare Bitch, bassist Abby Travis (of Sumo Princess), keyboardist Gere Fennelly (of Redd Kross) and drummer Tosha Jones on drums.

Abby Travis (of Sumo Princess) did a great rendition of the B-52’s ‘Planet Claire’ with Adele Bertei (of the Contortions, the Bloods and many other bands), who took the lead for ‘It’s Over’ while the grand finale brought the whole cast on stage with Alice Bag on vocals for an unleashed rendition of ‘Turn It Up’,

Whereas women have historically been excluded from the business and the institutions of music-making, Turn It Up advocates for equal opportunity for women in all areas, airplay, media coverage, and industry employment. Let’s hope this first fundraising will be followed by many others. With Alice Bag and Evelyn McDonnell on board (McDonnell wrote many books about women in music, with her latest ‘Women Who Rock: Bessie to Beyoncé, Girl Groups to Riot Grrrl’) you can be sure that Women Will Be Heard.

You can read Turn It Up Femifesto here

More photos of the show here 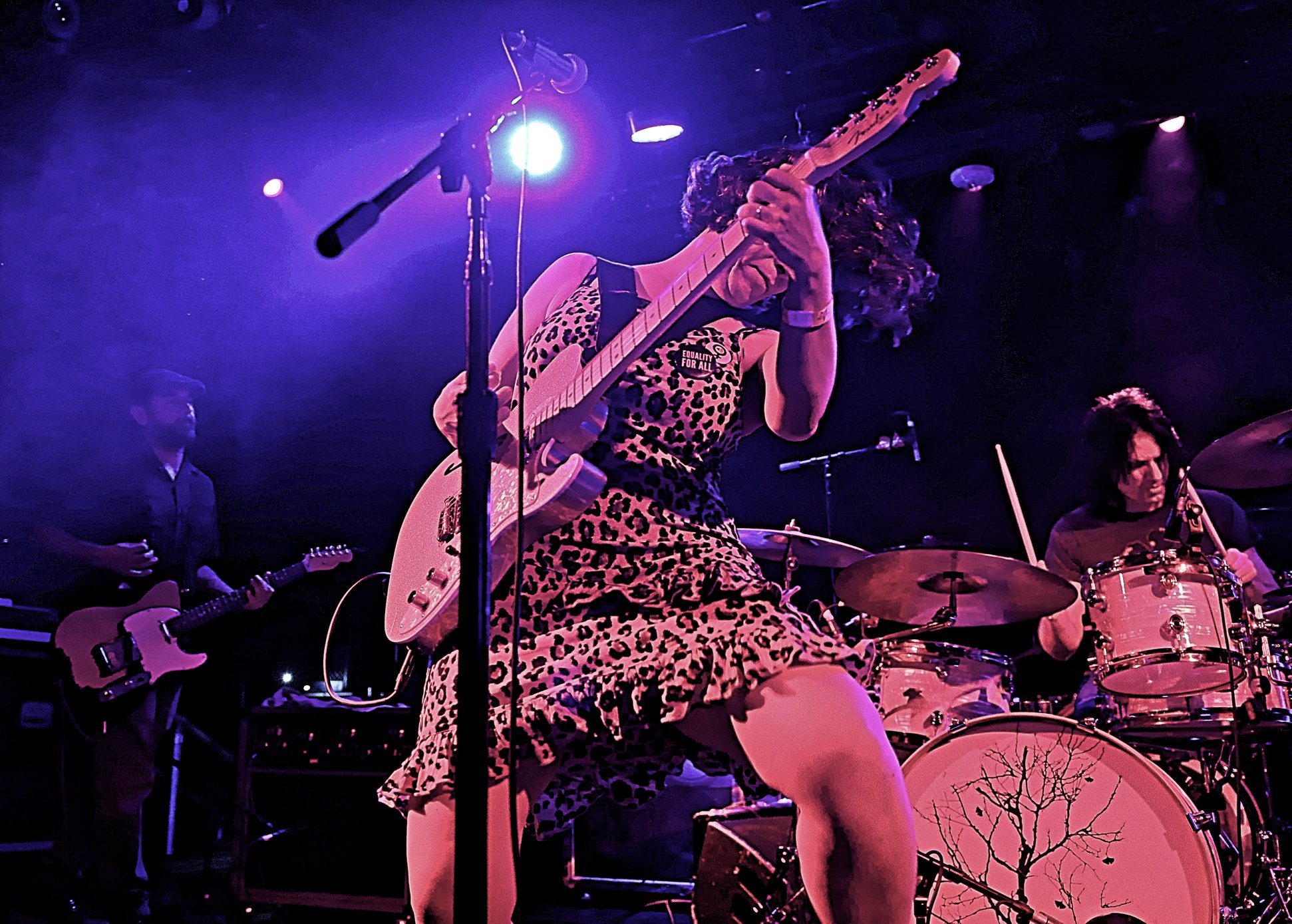 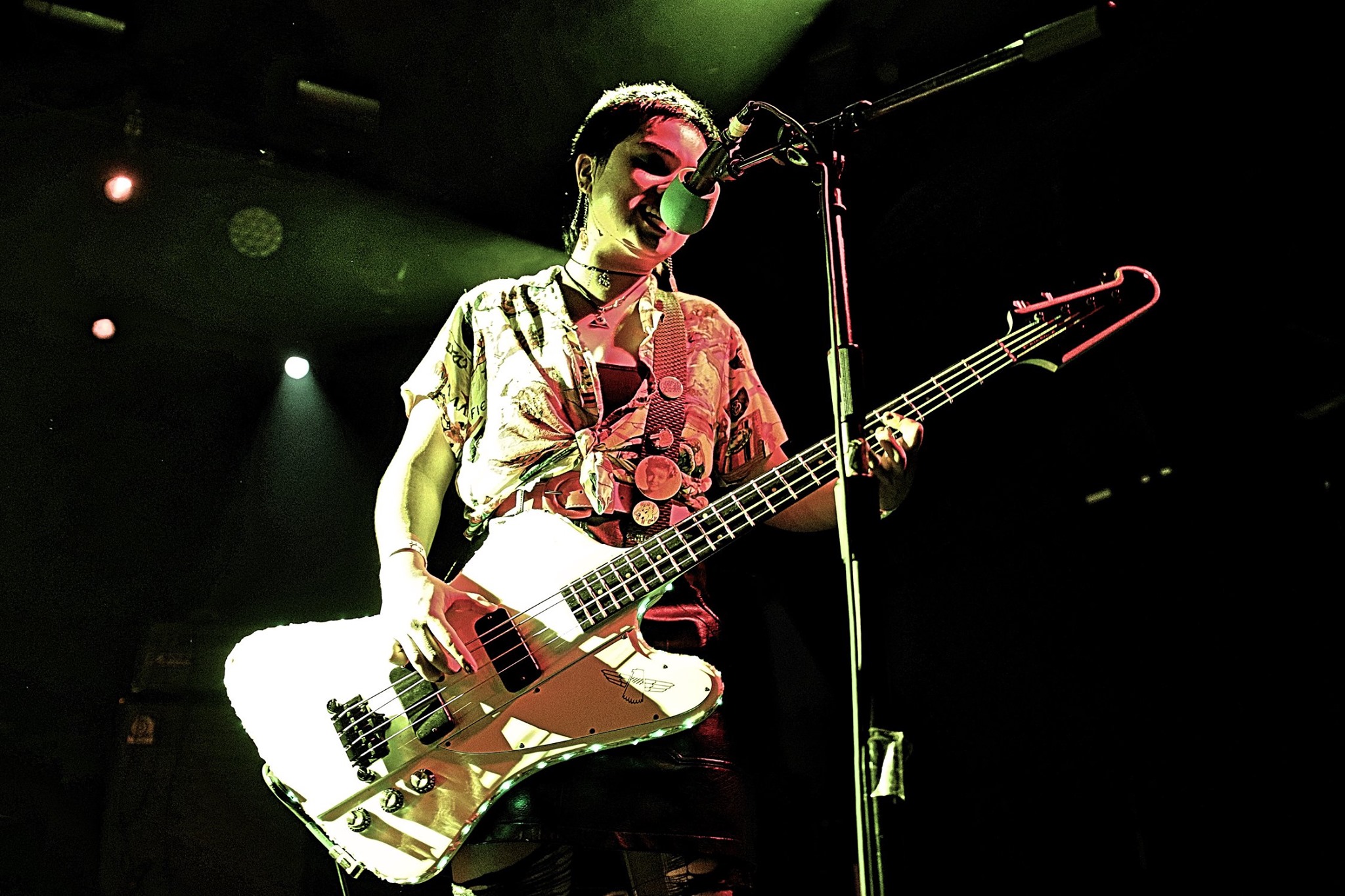 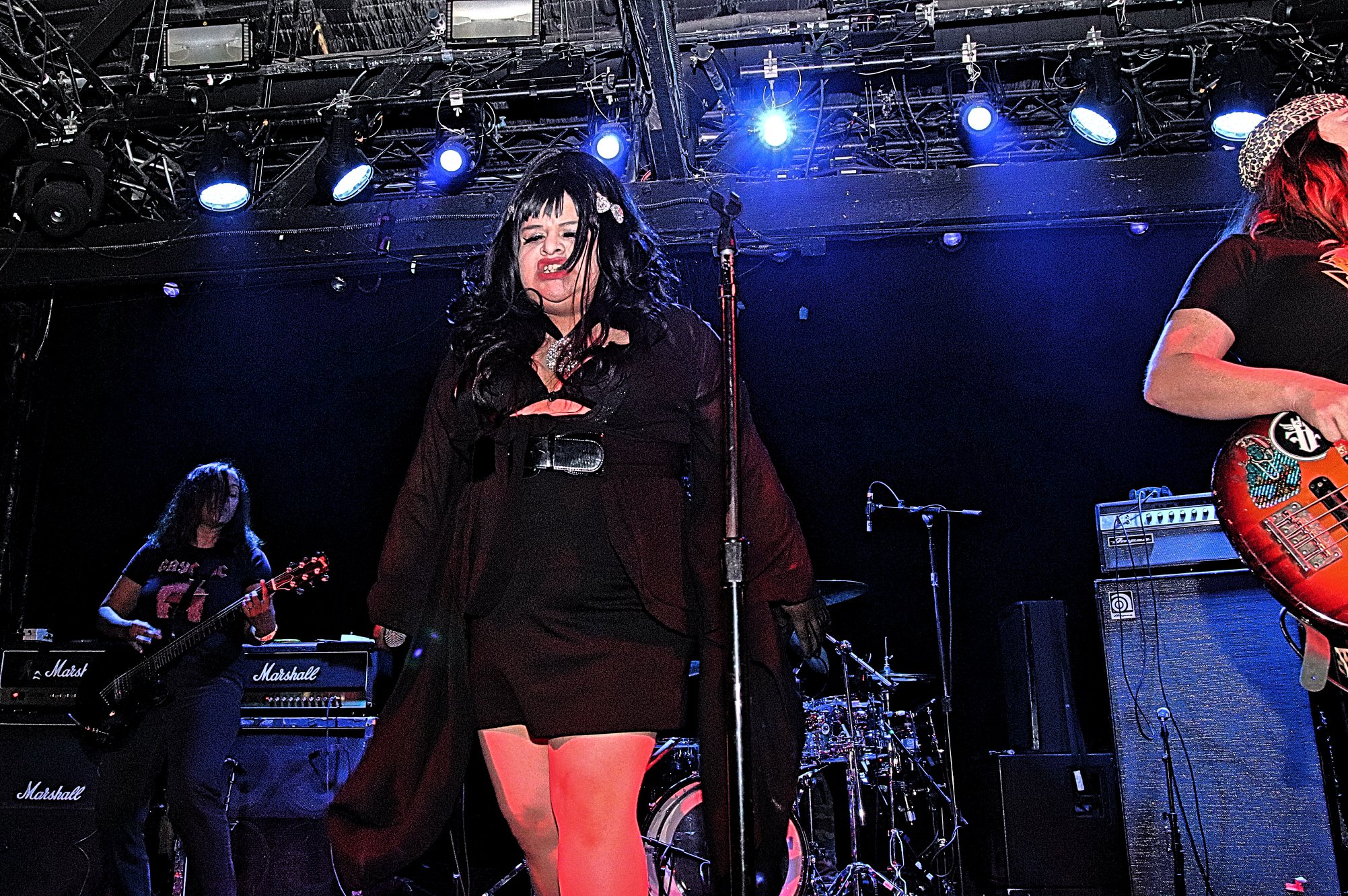 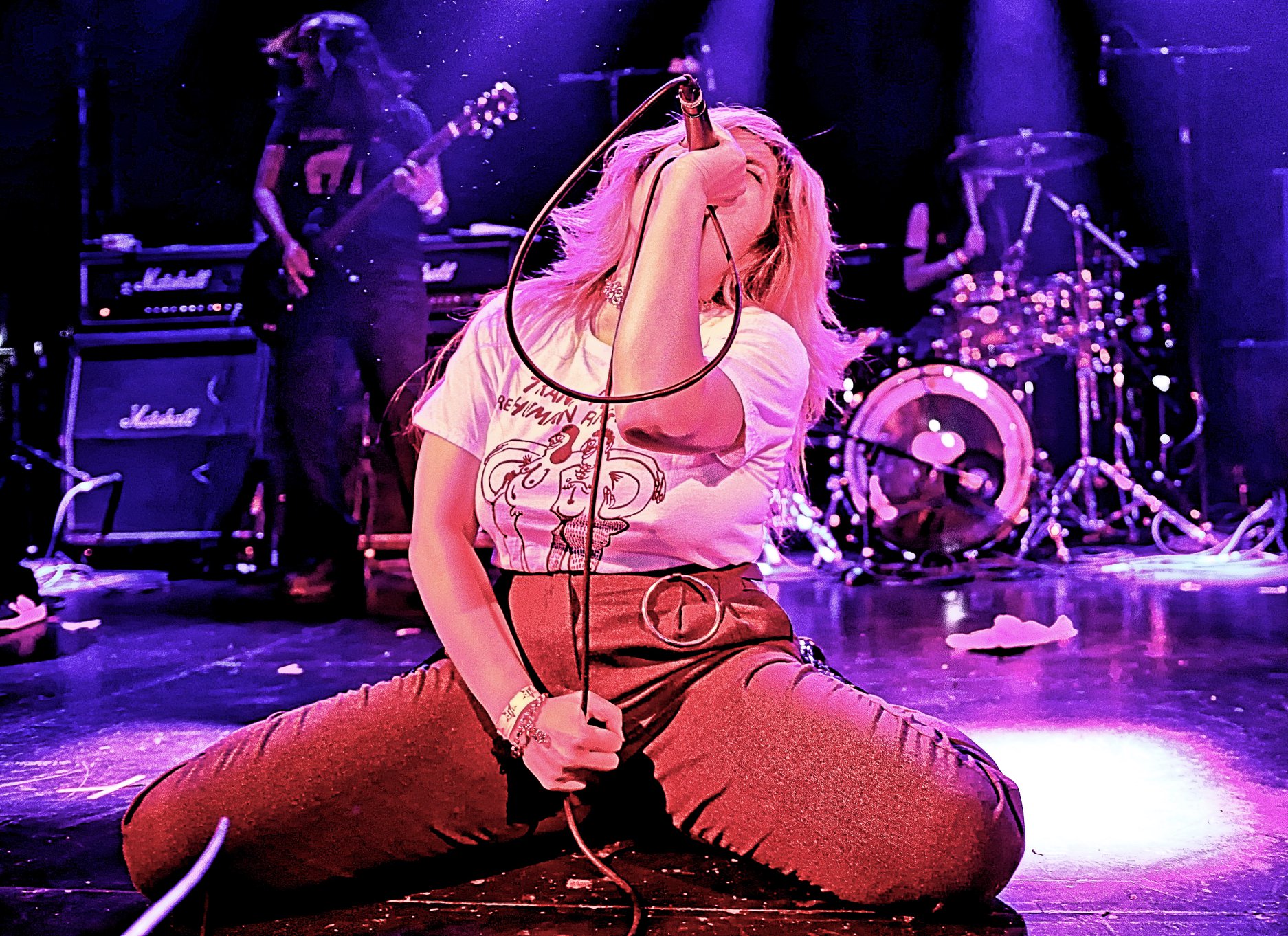 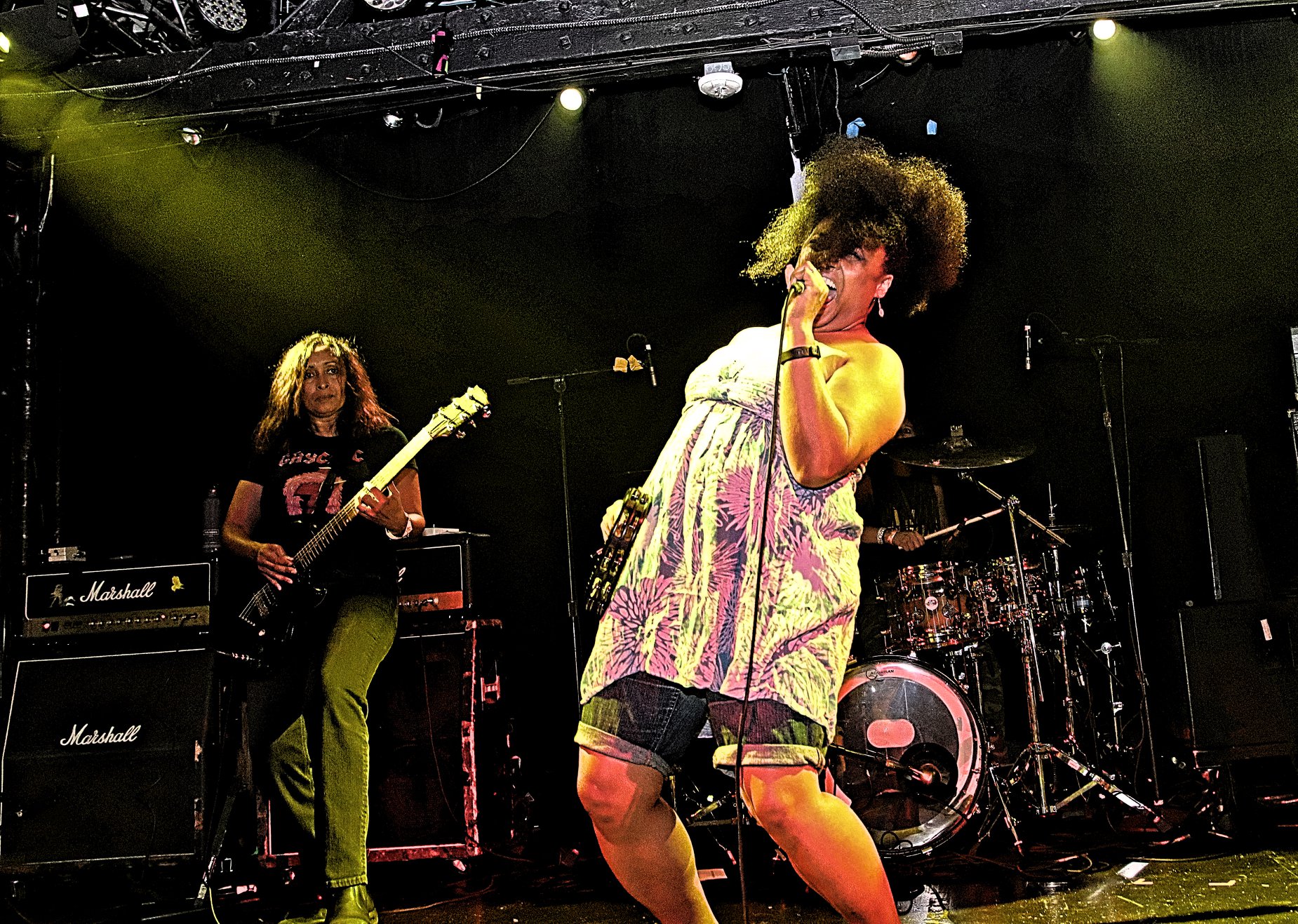 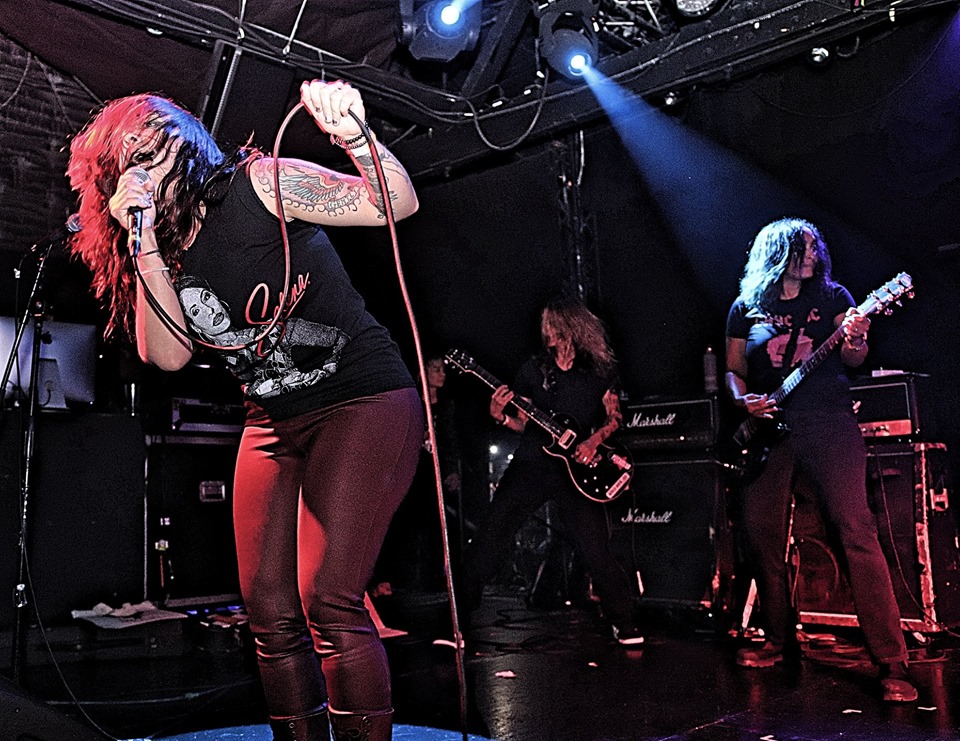 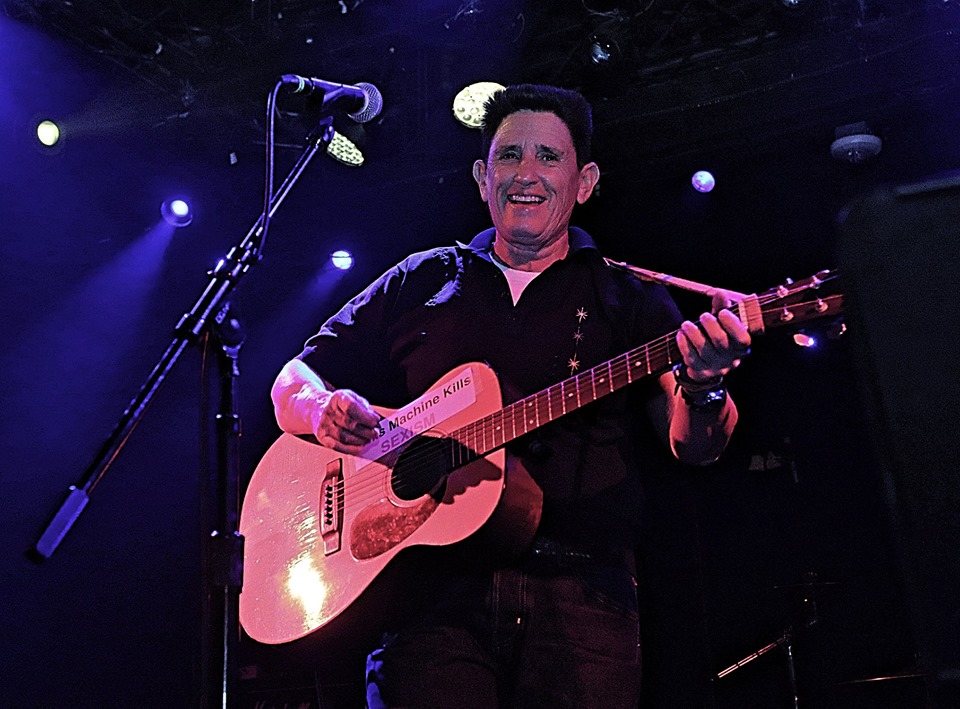 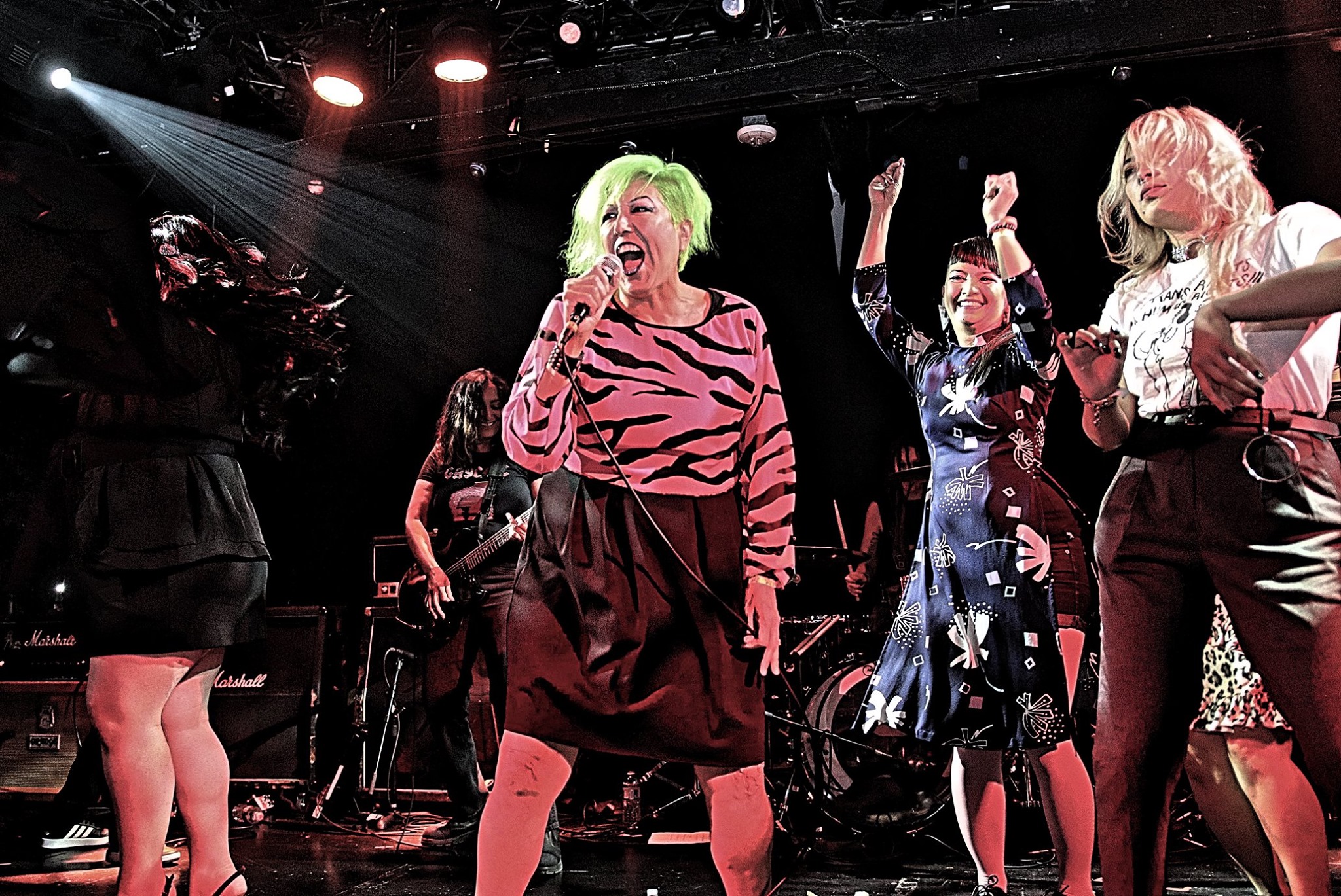 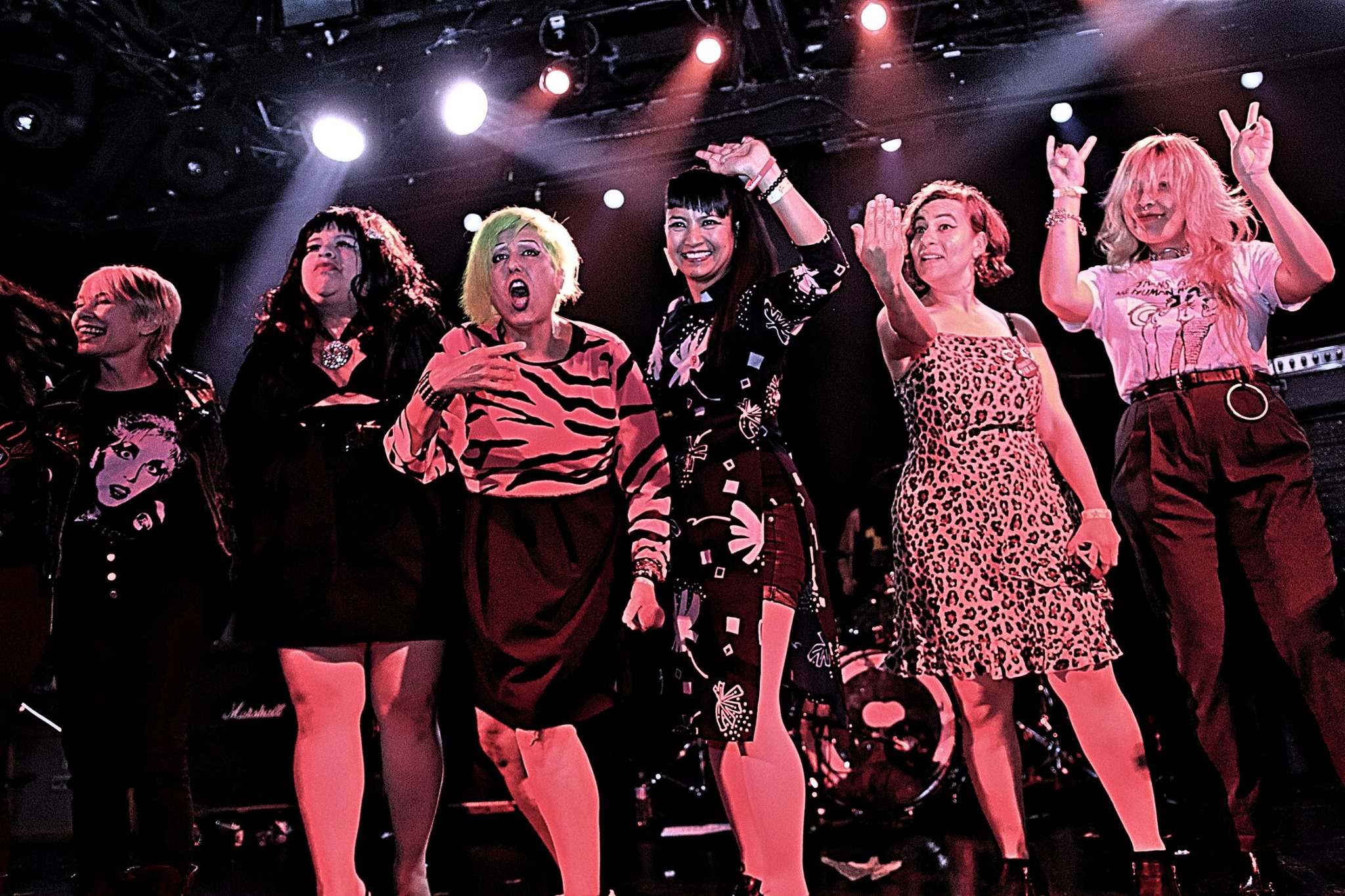 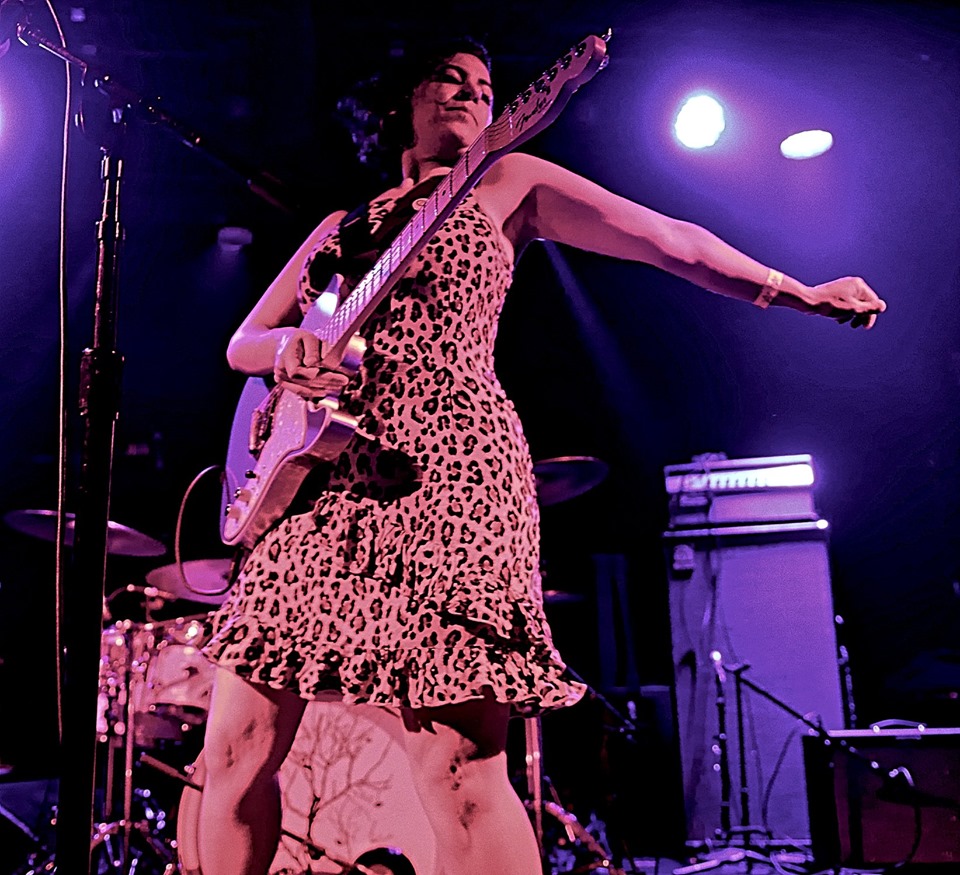 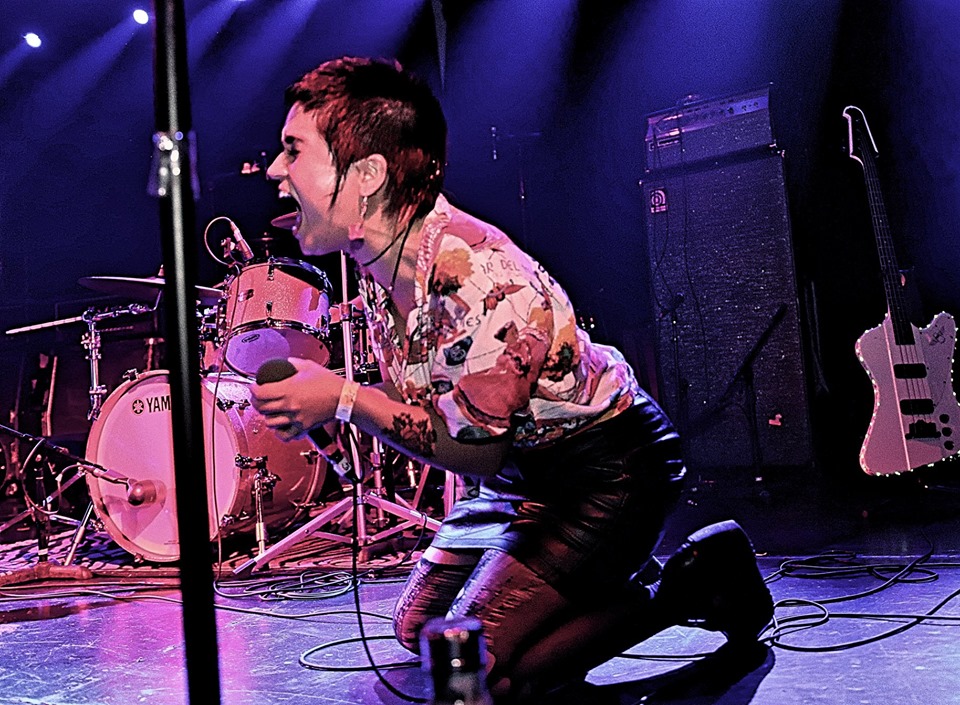 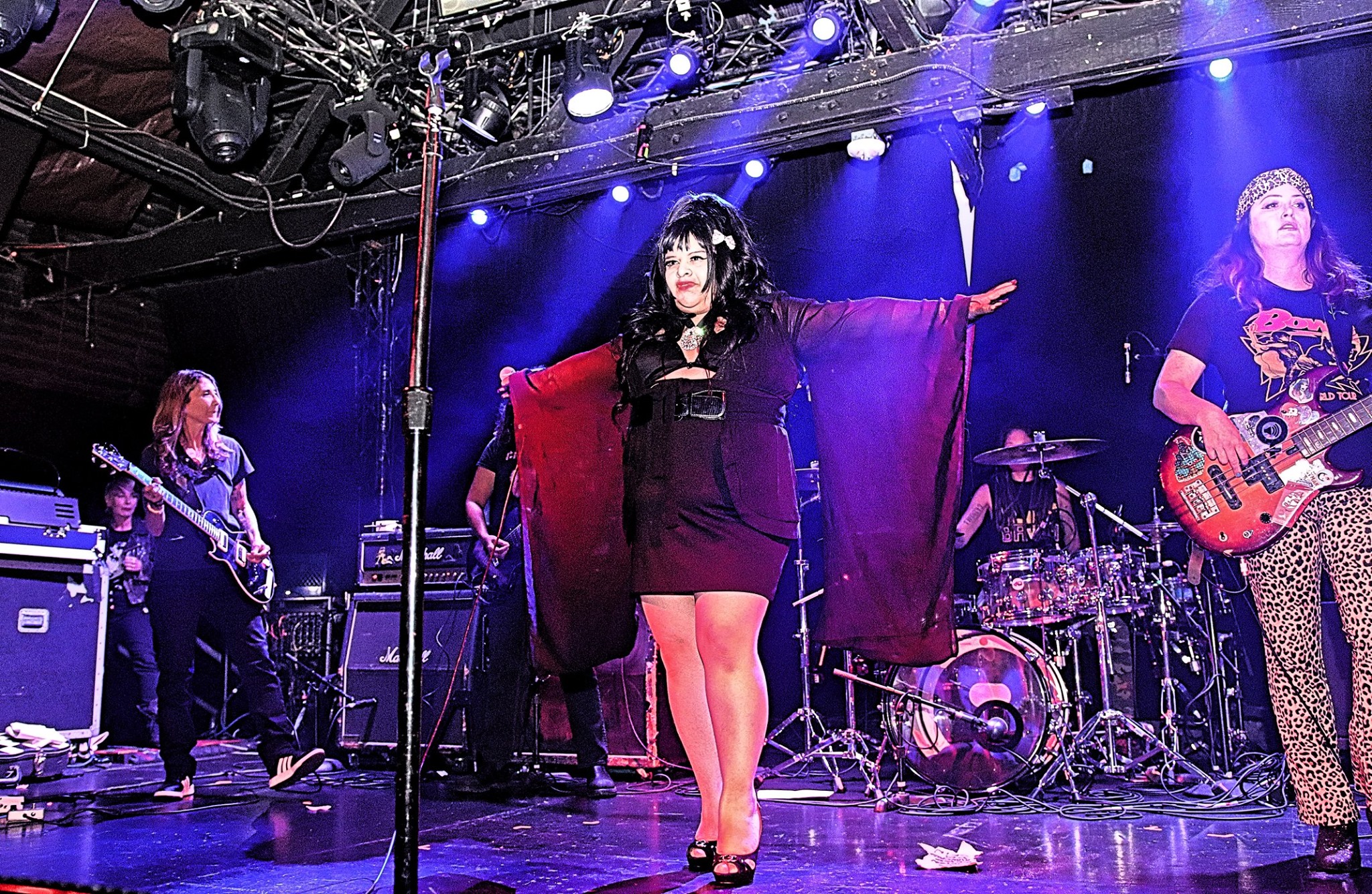 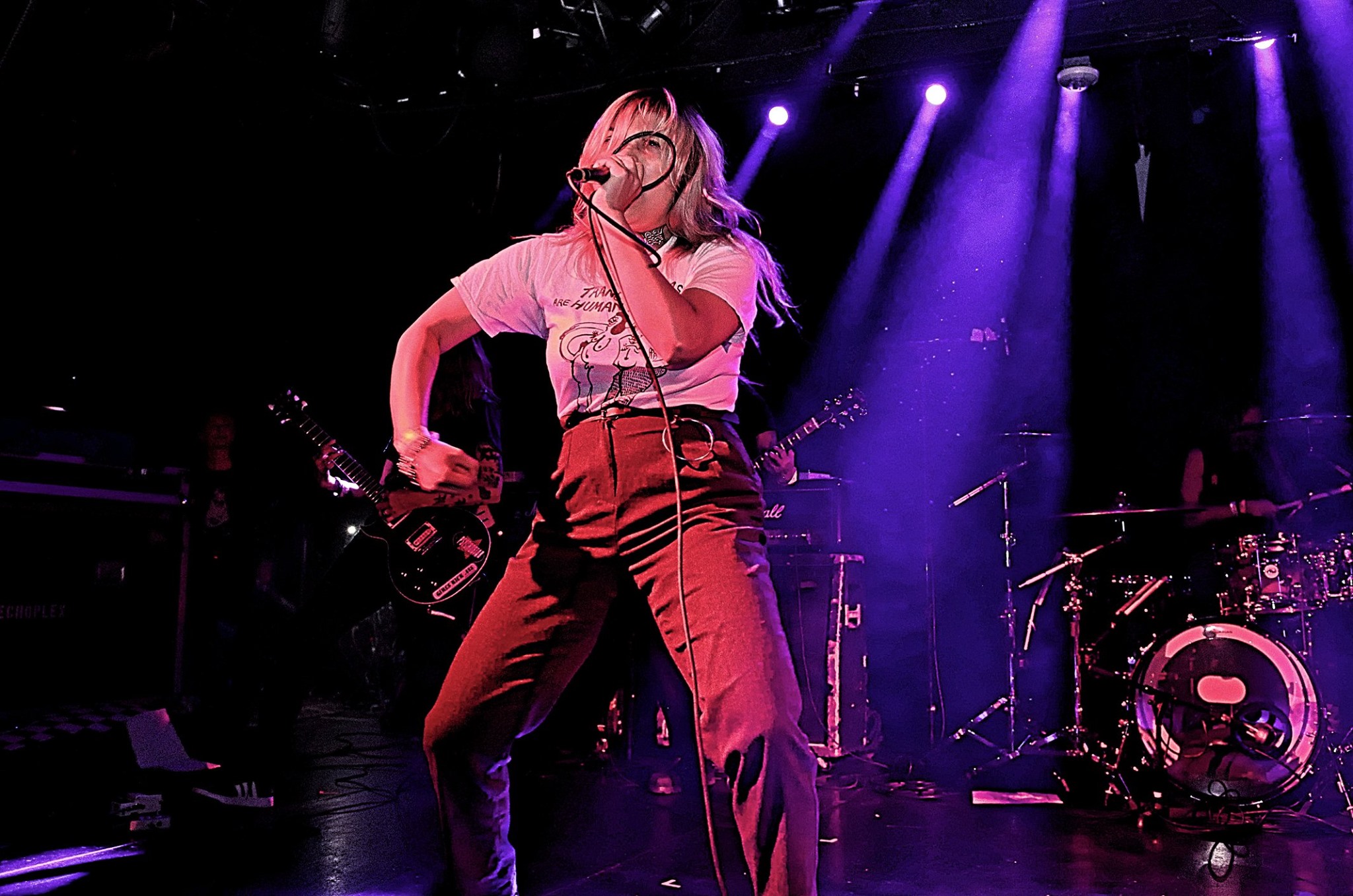 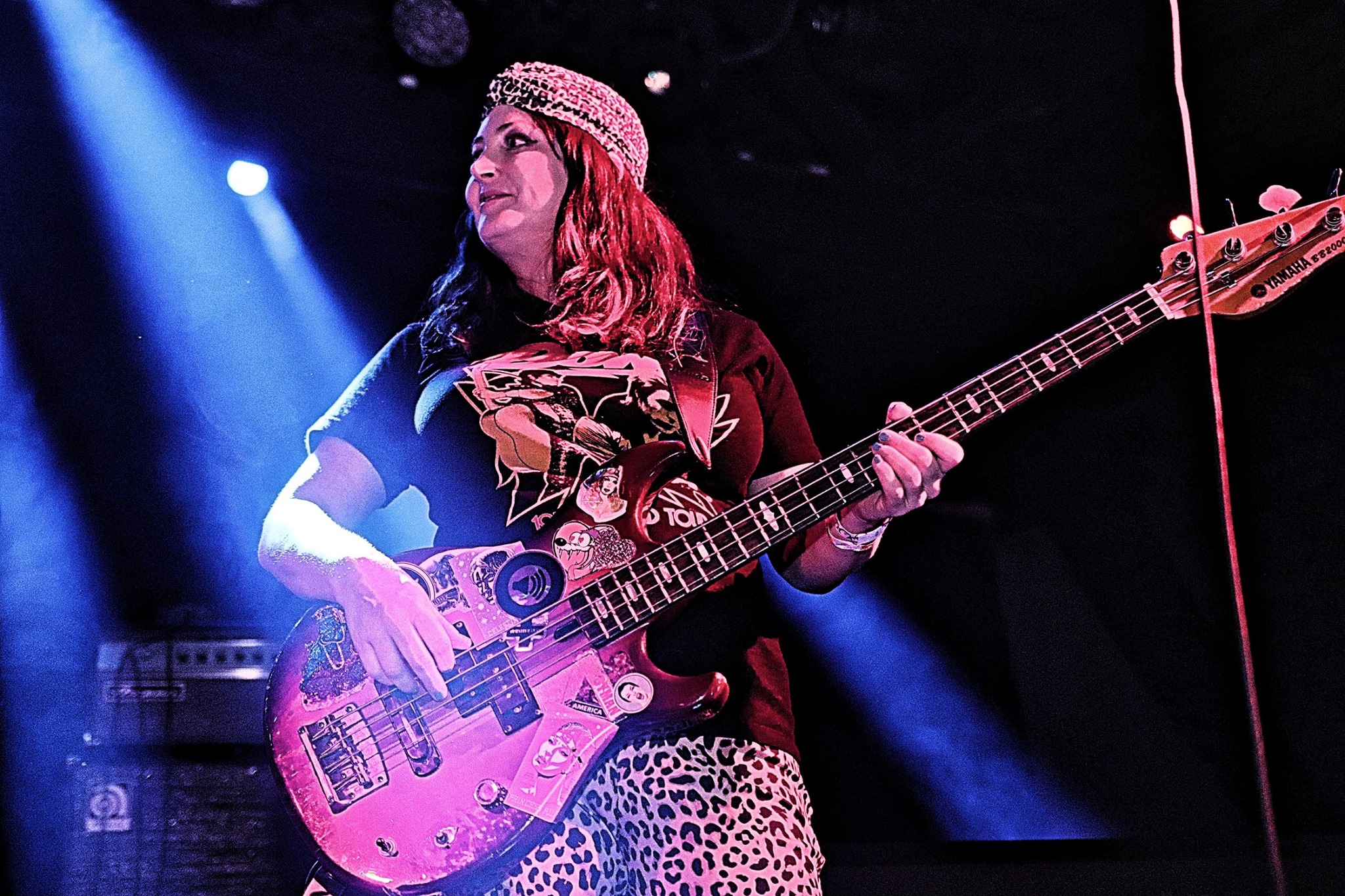 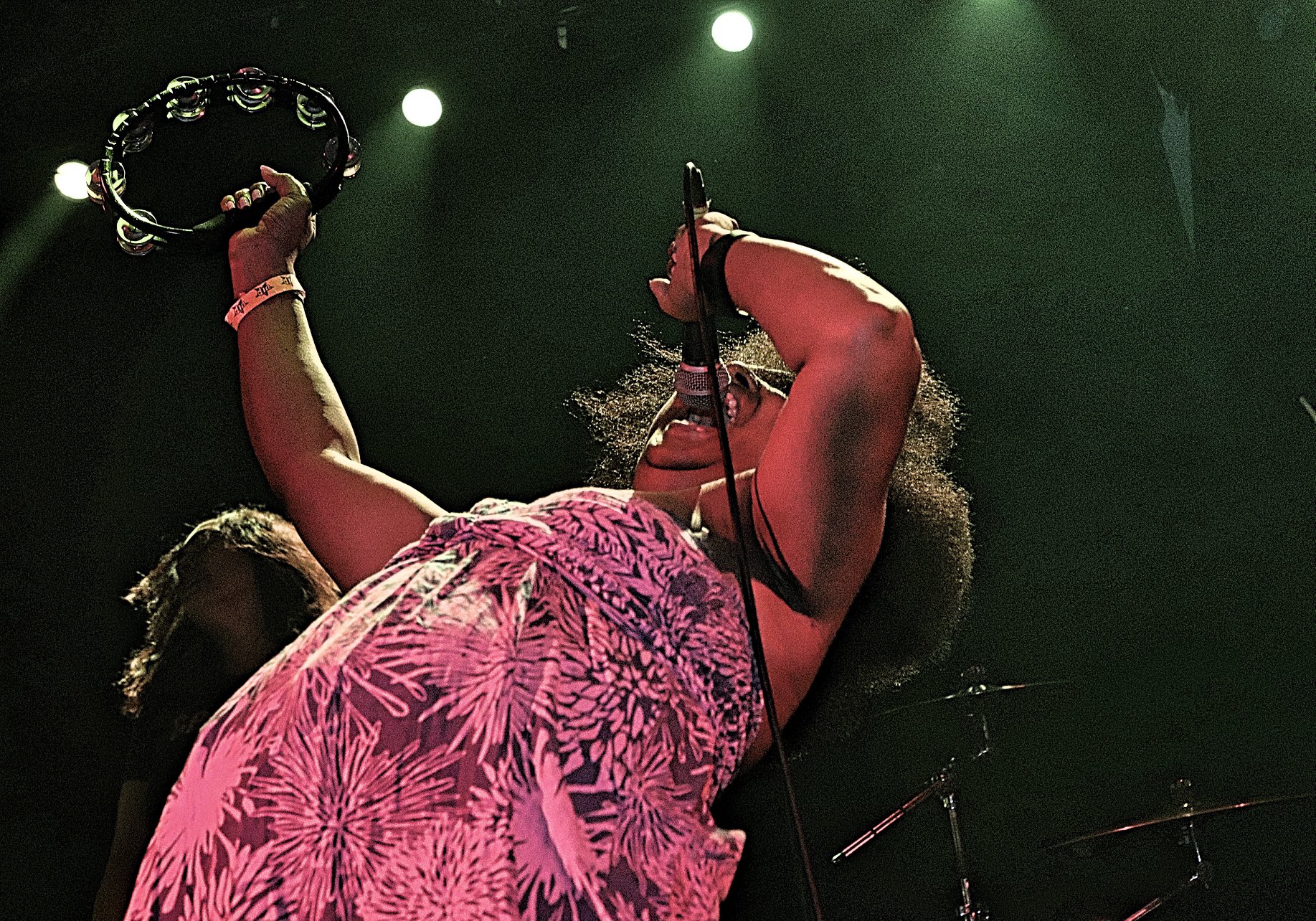 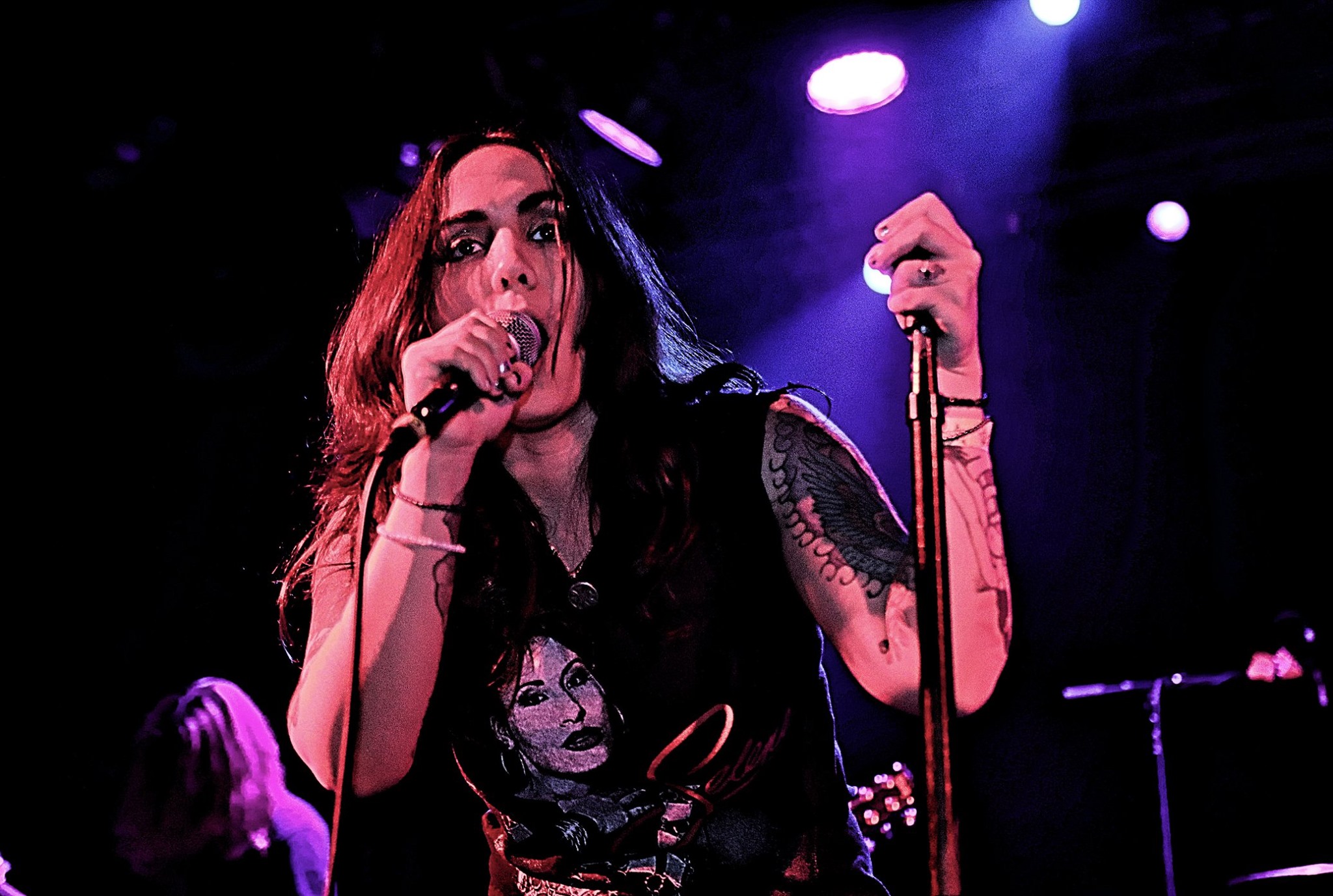 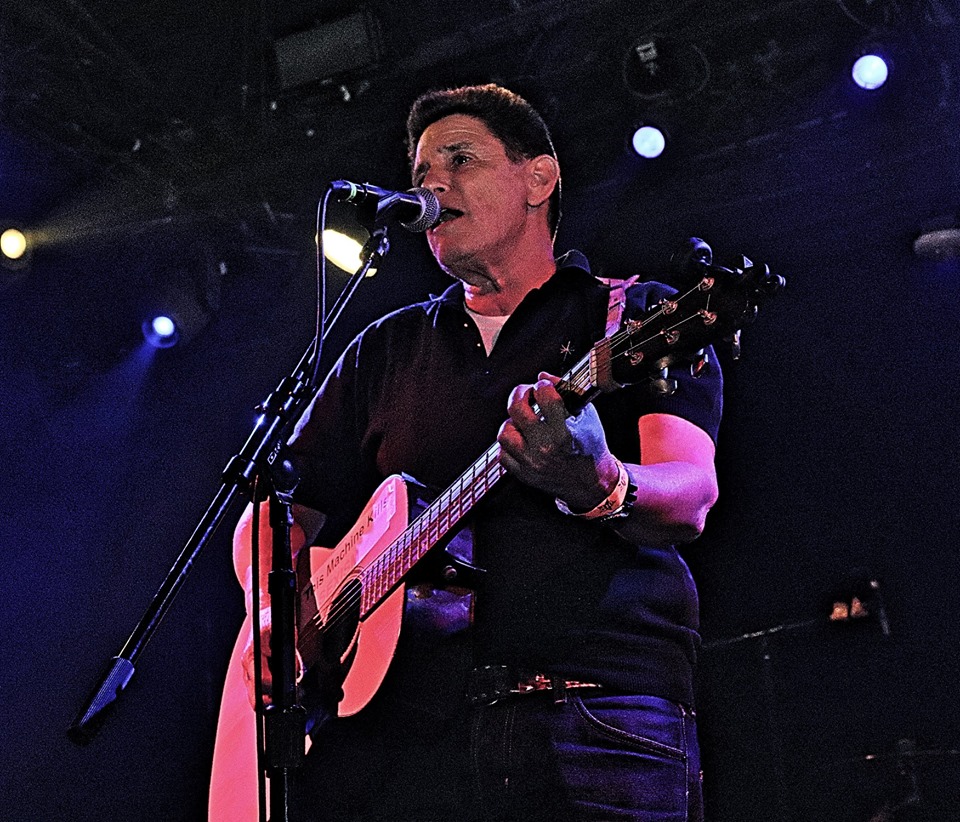 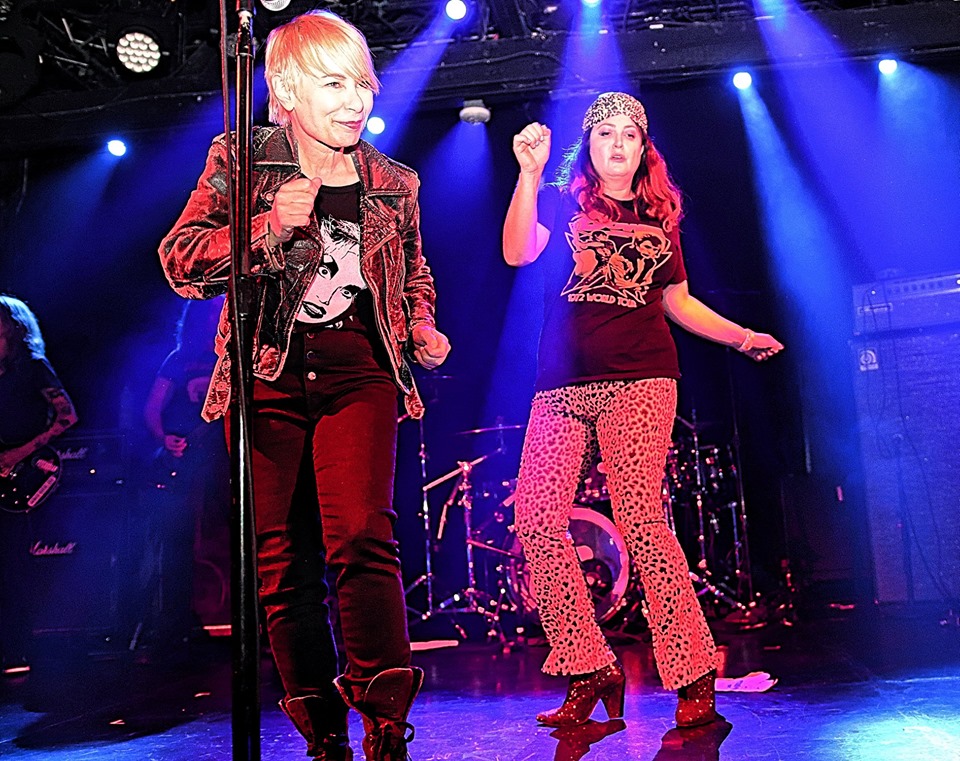 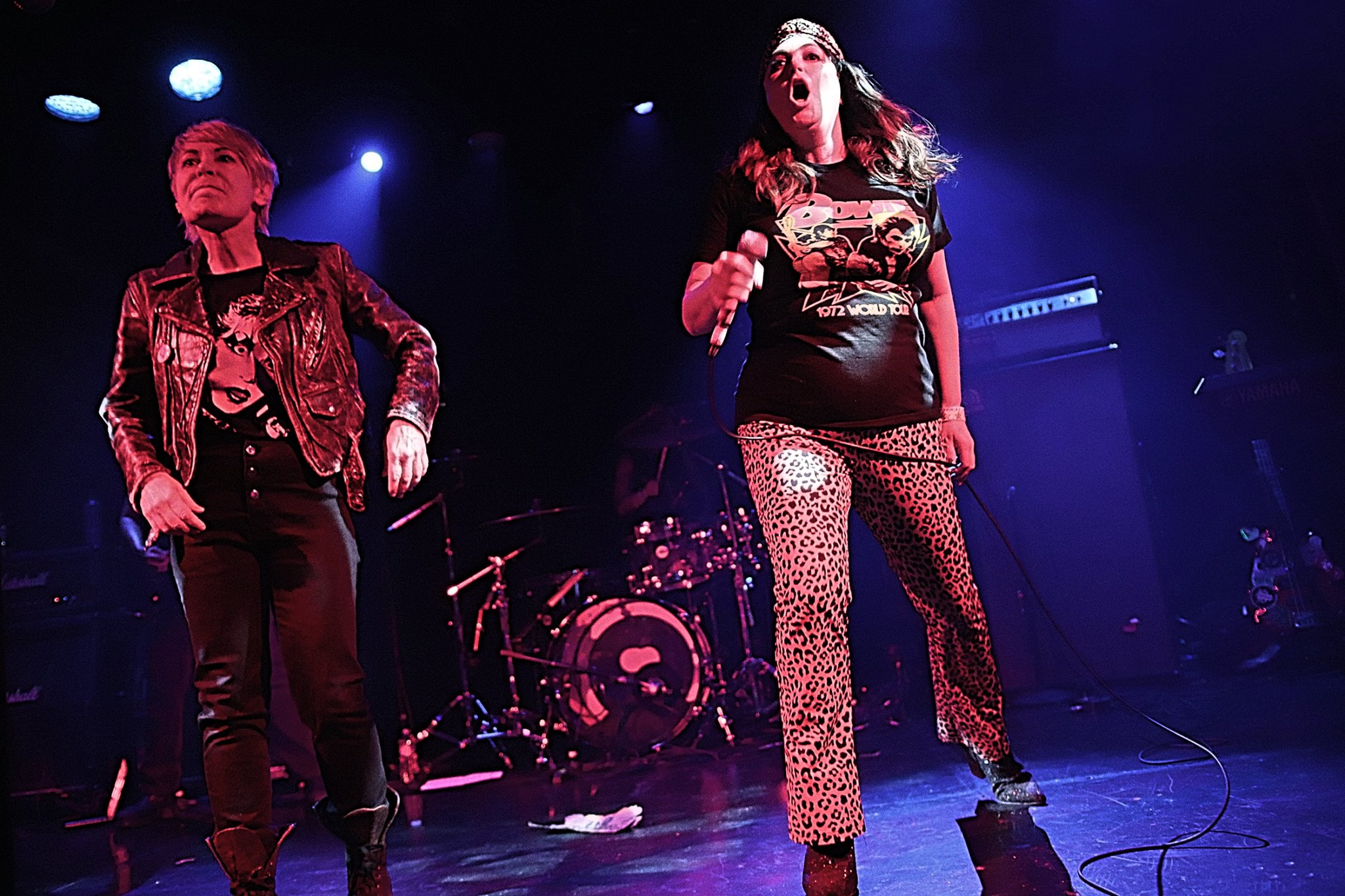 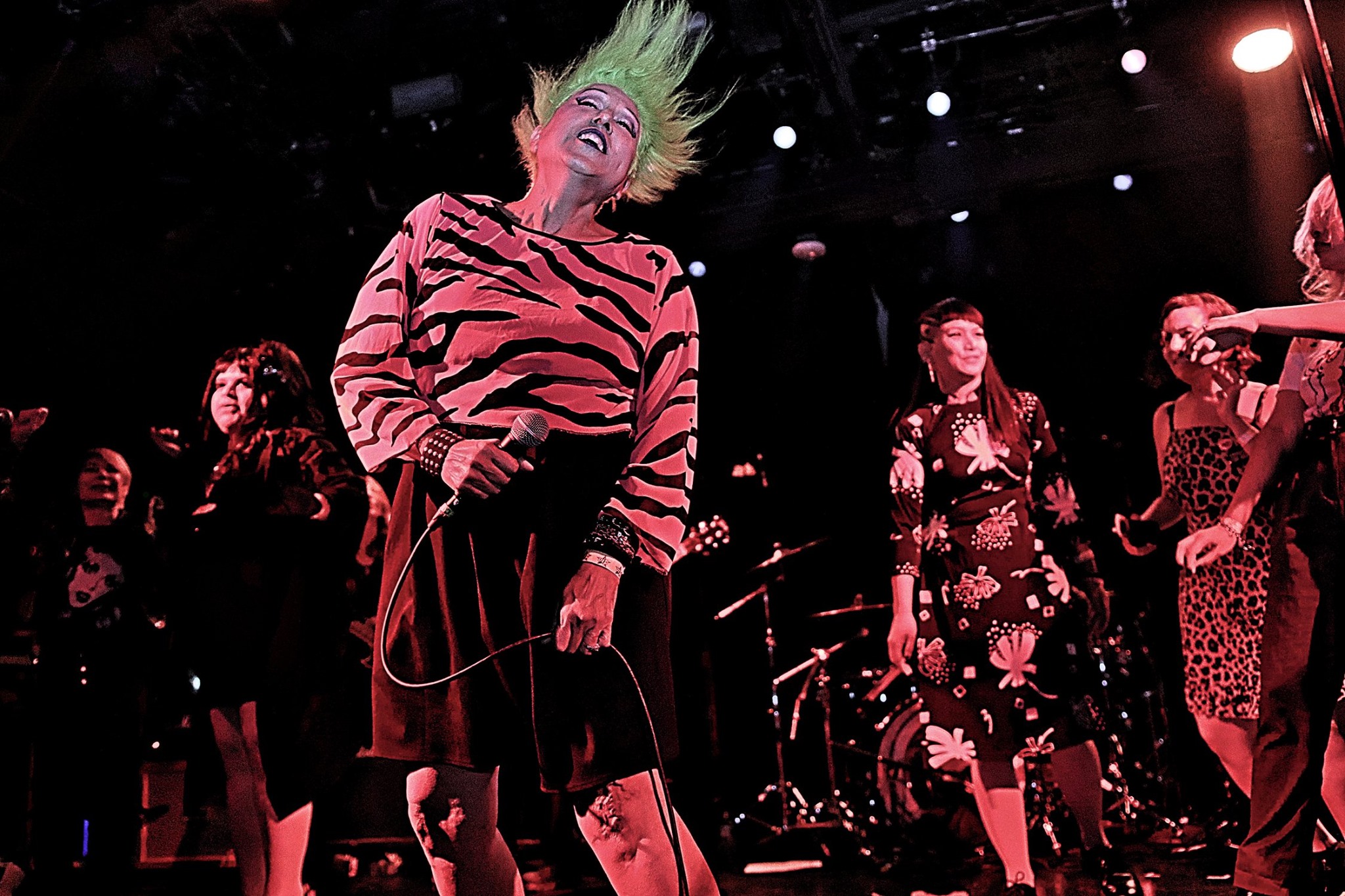 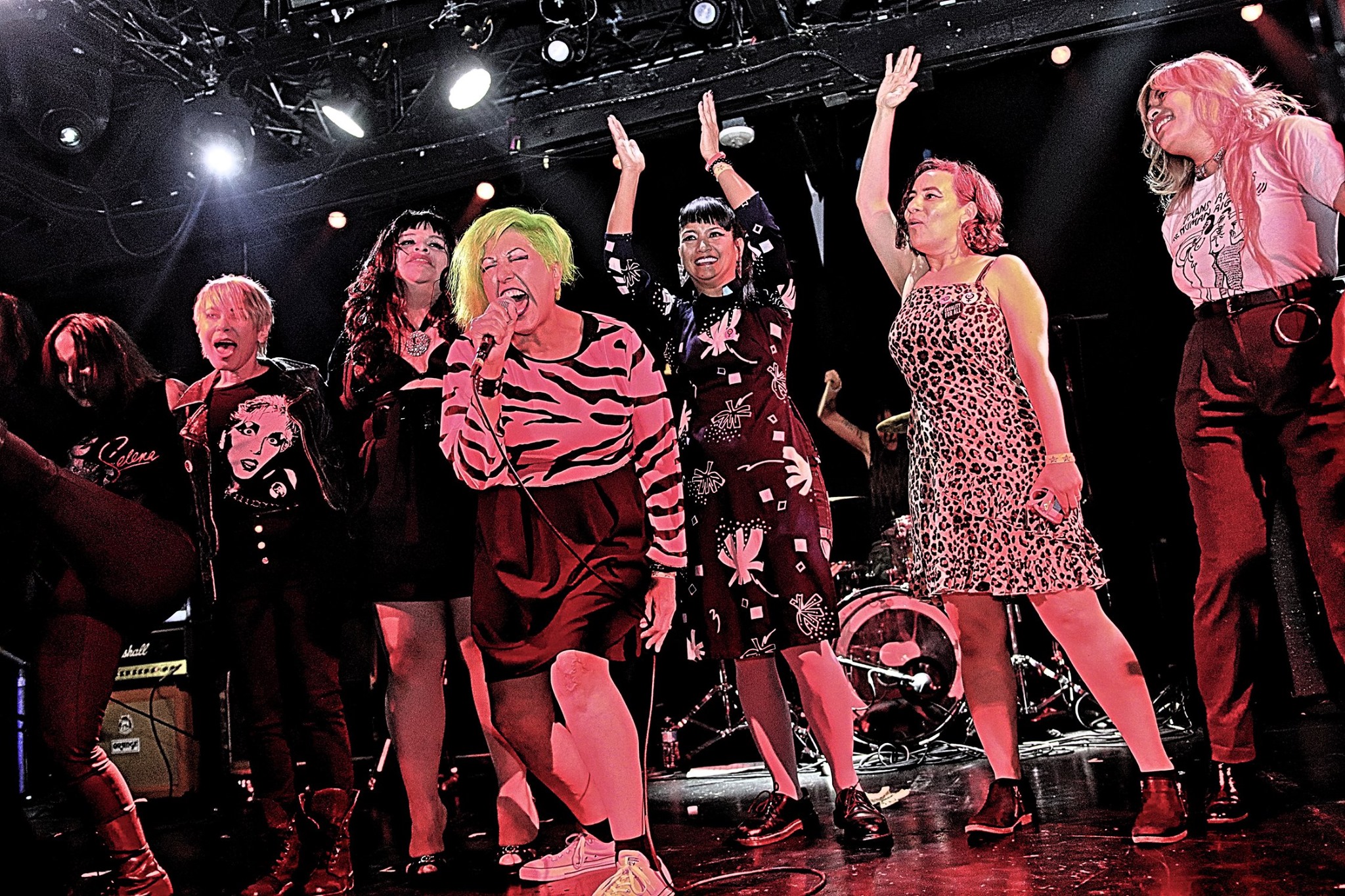