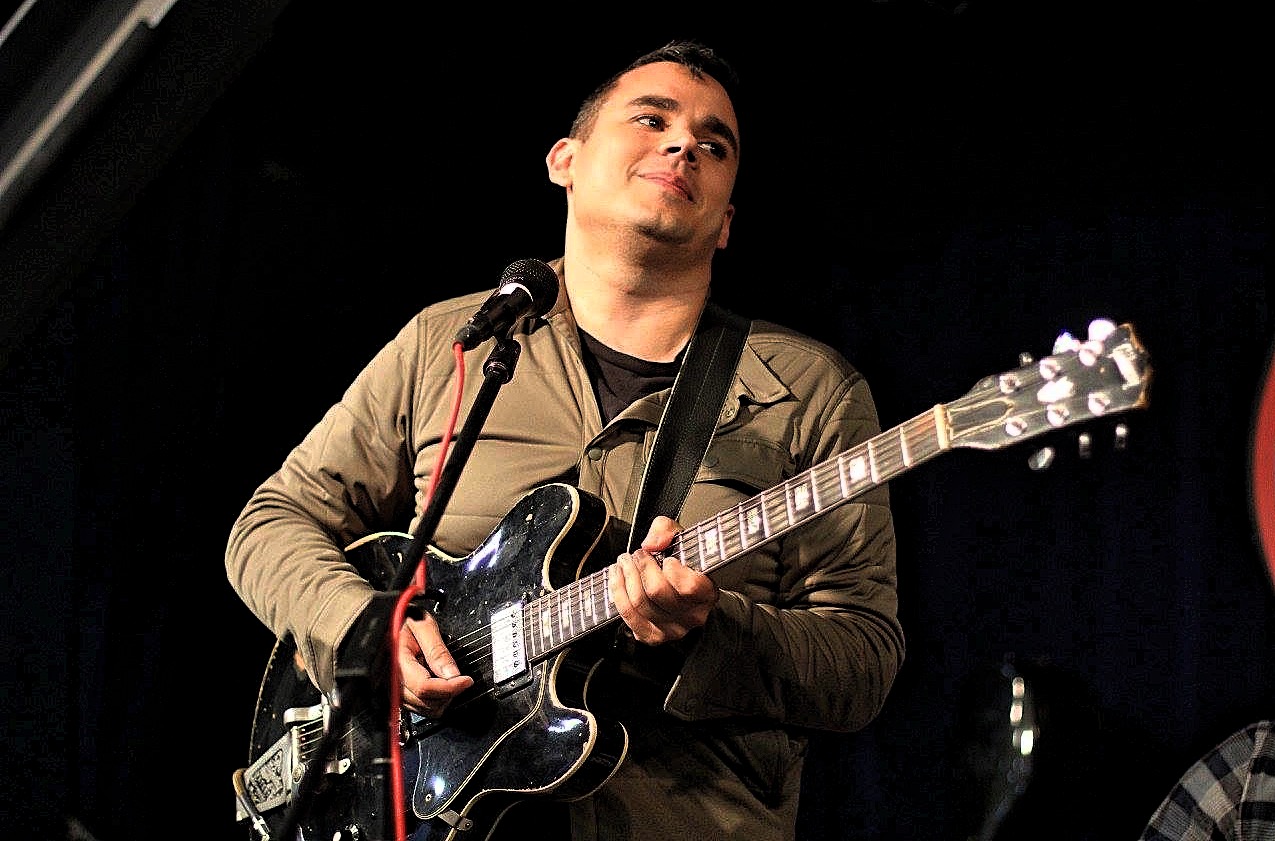 A song by Rostam among these few indie releases

There were a few indie releases these past weeks, and they are announcing upcoming albums:

‘We Are Between’ by Modest Mouse: A triumphant beginning, a bouncy loud song with a call for a singalong as a chorus. Nothing too original though… is it still what we call indie music? It sounds much more generic than I expected but it’s overall a stadium-potential track. This is a single from Modest Mouse’s new album, ‘The Golden Casket,’ out June 25 via Epic. The press release describes the album as floating ’in the liminal space between raw punk power and experimental studio science’ as frontman Isaac Brock ’explores themes ranging from the degradation of our psychic landscapes and invisible technology to fatherhood.’ It was produced with Dave Sardy and Jacknife Lee in Los Angeles and at Modest Mouse’s Portland studio.

‘Sekwar’ by Liars: Half spoken words for film noir soundtrack, and half sonic drama haunted by a melancholic melodic line and Angus Andrew’s powerful vocals. No wonder that the cinematic aspect of the track is fully exploited in this dystopian video. Plus, how not fall in love with the lyrics: ‘They told me I’m a juiced-up, worn-out sadsack/And I can’t figure out what I’m trying to do here.’ ‘Sekwar’ is the single from Liars’ upcoming and 10th album, ‘The Apple Drop,’ out August 6 via Mute. ‘Throughout Liars’ history I have consistently tried to develop new methods of creating music,’ Angus Andrew said in a press release. ‘On each project, I’ve essentially abandoned previous methods and attempted to instead learn different ways of writing and producing songs. Where once I perceived this journey as a straight line, I’m increasingly realizing my trajectory is more akin to a spiral. As new ideas are generated, older ones take on new meaning and evolve further. For the first time I embraced collaboration from an early stage, allowing the work of others to influence the work of my own,’ he said of his collaboration with avant-garde jazz drummer Laurence Pike, multi-instrumentalist Cameron Deyell, and lyricist Mary Pearson Andrew for the album. ‘My goal was to create beyond my abilities—something bigger than myself. Momentum and revolution were themes I wanted to explore, to give the listener this sense of transformation and to feel like you were being transported through the wormhole.’

‘Animal’ by LUMP: LUMP is Laura Marling and Mike Lindsay, and this is the titled track of their upcoming and second album. ‘Animal’ is a fluid emotionless song with interesting percussive sounds and Marling’s grave vocals; it is also accompanied by an odd video. ‘LUMP is the repository for so many things that I’ve had in my mind and just don’t fit anywhere in that way,’ Marling said in a press release. ‘They don’t have to totally make narrative sense, but weirdly they end up making narrative sense in some way.’ The album, which was recorded at Lindsay’s home studio in Margate, is out July 30 via Partisan/Chrysalis. For Marling, it was a liberation from writing as herself: ‘It became a very different thing about escaping a persona that has become a burden to me in some way,’ she said. ‘It was like putting on a superhero costume.’

‘From the Back of a Cab’ by Rostam: A flickering soundscape with melancholic keys, luminous guitars, and Rostam’s emotional vocals curling around a nostalgic hook. This is the latest single from Rostam’s forthcoming album ‘Changephobia’ due out June 4 via Matsor Projects. The song comes with a soothing video, filmed in the back of a cab and directed by Jason Lester and Rostam. The clip also features cameos from a myriad of pop stars: Charli XCX and Huck Kwong, HAIM, Samantha Urbani, Seth Bogart, Remi Wolf, Ariel Rechtshaid, and more. ”From the Back of a Cab’ is probably my favorite song that I’ve written,’ Rostam said in a press release. ‘It started with the 12/8 drums — something you find in Persian music and African music. I built the song around those drums over time, writing the piano part in my living room, the melodies and lyrics on foot walking in New York and Tokyo, on California’s highways, and on the flights and car trips between all those places.’

‘Visions’ by José Gonzales: You immediately recognize a José Gonzales song, it emanates a rare serenity with a unique blend of multi-tracked voices, rhythmic guitar fingerpicking, nature sounds, and clever reflective lyrics with a large touch of naturalism ‘Visions/Avoidable suffering and pain/We are patiently inching our way/Toward unreachable utopias.’ The song comes with a bird-eye-view/Google Earth hypnotic video. After ‘El Invento,’ released a couple of months ago, this is another song from his new album ‘Local Valley’ out this September. On the album, that he recorded in the studio set up in his family house outside Gothenburg, González sings in three different languages: English, Spanish, and Swedish. In a press release, González calls his new work ‘a natural continuation of the styles I’ve been adding through the years, both solo and with Junip.’