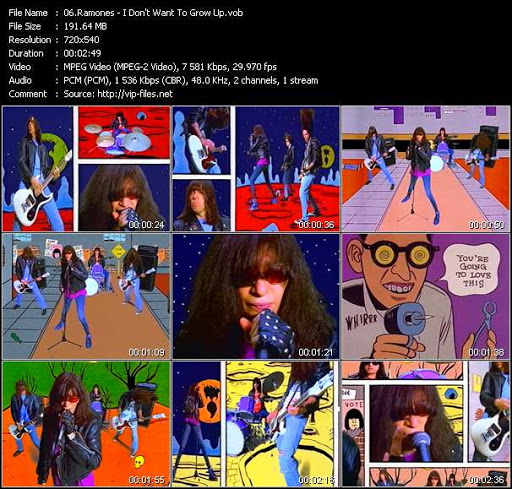 100. “Ain’t That Enough,” Teenage Fanclub. Songwriter: Gerard Love; Did Not Chart; 1997. From its chiming guitars to the beautiful harmonies, “Ain’t That Enough” is the Byrds updated with the sunny disposition of the Lovin’ Spoonful for the Brit pop era. Ben Salmon of Paste Magazine, “Gerard Love’s ‘Ain’t That Enough’ is a masterwork of ’90s electric guitar tone, a clinic on melody making and harmony singing, and a lesson about optimizing our limited time here on Earth, all wrapped up into one. Listen to this song on headphones and let the voices pour into your ears. Listen to the strummed strings churn straight up into heaven. Nod in appreciation as Love asks, ‘Here is a sunrise. Ain’t that enough?’ Indeed, “Ain’t That Enough is an ecstatic exhale of a song bathed in sunlight.”

99. “4th of July,” Aimee Mann. Songwriter: Aimee Mann; Did Not Chart; 1993. Just like David Alvin, Aimee Mann finds nothing to celebrate on Independence Day. Instead she spends the day wondering if a former lover will someday regret his choices. Mann narrates a tale of being trapped in the monotony, in the monotony, in the monotony, of her own existence, “Another chapter in a book where the chapters are endless/And they’re always the same/A verse, and a verse, and refrain.” Elvis Costello listed Mann’s 1993 “Whatever” on his “500 Essential Albums” list in 2000 for “Vanity Fair” and while Elvis and Aimee agree that “4th of July” is the best song on the record, Mann is still disappointed that she couldn’t write a proper bridge for it.

98. “R.A.M.O.N.E.S.,” Motorhead. Songwriters: Motorhead; Did Not Chart; 1991. With its title/chorus chant, thrashy aggression, and a running time under ninety seconds, “R.A.M.O.N.E.S” is a perfect salute to one of punk’s guiding lights. Phil Campbell stated he originally penned the music at a ZZ Top style pace, Lemmy recommending doubling the tempo and then wrote the lyrics. Joey Ramone, whose band would later cover this song, “It was the ultimate honor – like John Lennon writing a song for you.”

97. “Wide Open Spaces,” The Dixie Chicks. Songwriter: Susan Gibson; #41 pop; #1 country; 1998. After moving from Texas to attend college in Montana, songwriter Susan Gibson penned “Wide Open Spaces,” a song about leaving home and the mixture of excitement and angst that life event creates. Lloyd Maines was producing Gibson’s band The Groobees, when he passed “Wide Open Spaces” to the Dixie Chicks, who found the song got a strong reaction, even before it was recorded. This #1 country single became somewhat of an anthem for female independence, an acknowledgement that rewards always come from risks. Best line – a loving father watching his daughter drive away and can only express his concerns for her safety by blurting out “Check the oil.” Susan Gibson’s reaction to the Dixie Chicks version, “It made me bawl my eyes out. It was so beautiful—it had this stunning musicianship and very professional production. I could still see my handwriting on the page, and here was this gorgeous recording of it.”

96. “West Palm Beach,” Palace Music. Songwriter: Will Oldham; Did Not Chart; 1994. “West Palm Beach” is an eerie, elegiac song that feels steeped in deep personal loss, although the lyrics are impressionistic enough to allow many interpretations. Songwriter Will Oldham, who has recorded under his own name, but also as the Palace Brother, Palace Music, and Bonnie “Prince” Billy was geographically, if not musically, inspired by Jimmy Buffet on “West Palm Beach. Oldham, “(I was) trying to understand why Jimmy Buffett was as popular as he was. It’s a pool with no deep end, it seems like, the Jimmy Buffett pool. Part of me also wanted to then make a hybrid of the songs that I was trying to write or was interested in writing, and what I was learning really was a Jimmy Buffett song. So, trying to build in a fair amount of escapism, ’cause that seems to be the core of his appeal, but then the escape is to a real place. And so trying to think, well, what if I tried to make up a couple of songs that were the Jimmy Buffett songs that I was hoping existed and couldn’t really find by describing a more complex view of these places that you escape to in your mind? In his songs, the reminiscences or the evocations don’t really get very contradictory or complex.” From an online blog review, “Will Oldham’s lyrics reminds me of Cormac McCarthy’s writing. A sinister world observed intensely, but all the dialogue is written without any punctuation, no ‘weird little marks all over the page,’ nothing to dance around. Simple wording with tremendous gravity. There are all the associations of tropical paradise set to contrast loss, despair, and perhaps a raging against the light. There is a keyboard solo on ‘West Palm Beach’ that sounds of fading light.”

95. “Past the Point of Rescue,” Hal Ketchum. Songwriter: Mack Hanly; #2 country; 1991. The whimsically named community of Limerick, Ireland isn’t known as a hotbed of country music, however, it is the hometown for Irish songwriter Mick Hanly. Hanly grew up during the British invasion era of pop music, has worked in folk music, and as member of the Celtick rock band Moving Hearts. A 1989 solo album included “Past the Point of Rescue,” a heartbreak song introduced to Ketchum by his wife who was working for a publishing company at the time. Hanly, “The song was loosely based on the breakup of my first marriage with a lot of sundry observations pulled in to make it as real as I could. Like all my songs, it tells a story with a creative license.” Ketchum’s remarkably accurate assessment, “It’s just the most moving poetry. It could be written and hung on the wall regardless of the melody. It’s just that masterful of a piece.”

94. “Have You Forgotten,” Red House Painters. Songwriter: Mark Kozelek; Did Not Chart; 1996. The Red House Painters were a San Francisco band and their lead singer/songwriter Mark Kozelek produced often sad slow songs comparable to the work of Mark Eitzel’s American Music Club. “Have You Forgotten” is a look at the stark differences between the wonder and excitement of childhood versus the selfish realities of adulthood. In the hypnotic refrain, Kozelek asks repeatedly, “Have you forgotten how to love yourself?” with a tone more of encouragement than judgment. Kozelek, “’Have You Forgotten’ is one I remember where man, there was just nothing happening, and then boom! This thing started unloading and unfolding. The best stuff happens when I’m just not expecting it.”

93. “Sugar Kane,” Sonic Youth. Songwriters: Kim Gordon, Thurston Moore, Lee Ranaldo, Steve Shelley; Did Not Chart; 1992. Sugar “Kane” Kowalcyzk was the character portrayed by Marilyn Monroe in the 1959 blockbuster “Some Like It Hot.” Sonic Youth developed some cryptic lyrics around that title and delivered one of their more pop sounding guitar workouts with this single from the “Dirty” album. Tom Breihan of Stereogum, “My favorite moment from Sonic Youth’s bazillion-year history comes just after the four-minute mark of ‘Sugar Kane.’ The band has just launched into one of its trademark guitar-squall freakouts, one that starts off relatively linear and soon descends into near chaos before sputtering out entirely. We hear a few seconds of buzzing nothingness, punctuated by a few chords that sound just like church bells. And then a new guitar line comes in, this one heart-stoppingly beautiful, hovering like a butterfly, bringing the song immediately into focus. It always reminded me a bit of my favorite moment from Led Zeppelin’s history: ‘Whole Lotta Love,’ after the smacked-out dub-noise middle section, when the drums and then the total-war riff come roaring back in. But it’s also the complete opposite of that Zeppelin moment. It doesn’t bring violence. It brings beauty.”

92. “Bound for the Floor,” Local H. Songwriters: Scott Lucas, Joe Daniels; Did Not Chart; 1996. Local H emerged from a late 1980’s Illinois high school band and had evolved into a guitar/drum duo during their 1990’s major label run. The Modern Rock hit “Bound for the Floor” pairs a choppy, instantly memorable guitar riff inspired by The Police with a simple, yet powerful, beat that reinforces the despair of the lyrics. Scott Lucas on the lyrics, “I love words that nobody uses anymore. That crops up over and over in our songs. Phrases and words that have been tossed on the scrap heap of linguistics. ‘Copacetic’ was a word I’d heard in war movies about Vietnam. Plus, it rhymes with ‘pathetic.’” And, Scott Lucas on the music, “That whole song is about that guitar riff. That’s just one of those things you can stumble upon. Your hand just does that rhythm and another hand does that chord. Anybody could have stumbled upon it.”

91. “I Don’t Want to Grow Up,” Ramones. Songwriters: Tom Waits, Kathleen Brennan; Did Not Chart; 1995. Tom Waits co-wrote the anti-responsibility “I Don’t Want to Grow Up” and released the original version on his 1992 “Bone Machine” album. The youthful spirit of the song was a perfect fit for the Ramones, you could easily imagine Joey penning a couplet like “I don’t want to be filled with doubt/I don’t want to be a good boy scout.” Author Jack Whatley, “It’s a song that was perhaps in the wrong hands for a few years because as soon as the Ramones added their own flavor of snotty brattishness, the track suddenly feels complete.

The band brings one thing in spades on this cover and that’s rhythm. Powering through the difference between the two songs is noticeable instantly and the powerpop style of the Ramones fits the effervescent energy of the track.” Ramones biographer Everett True, “The guitars (are) as turbulent, hard-edged and harmonic as any fan could desire.”