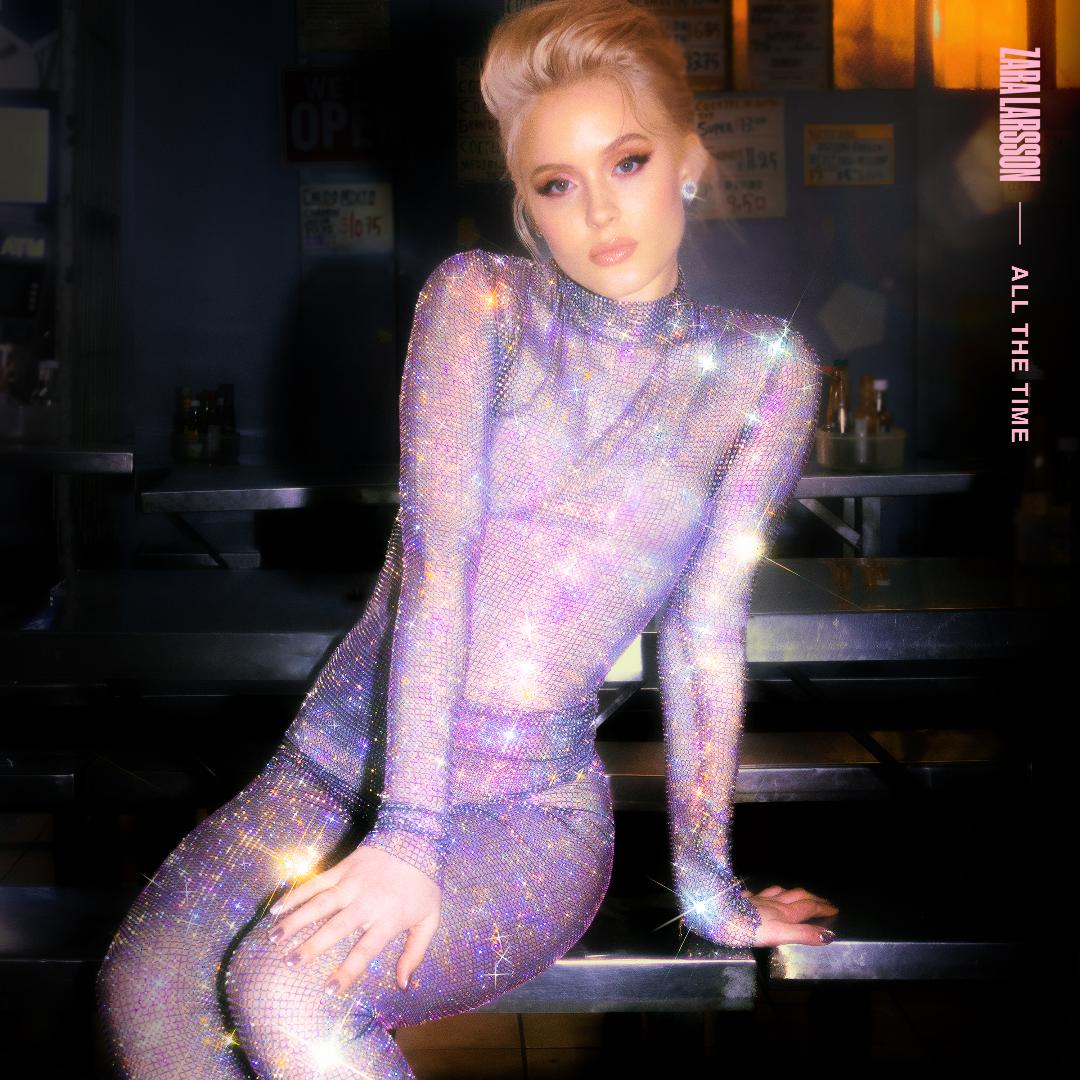 “ALL THE TIME” TODAY

POWERHOUSE COLLABORATION WITH BTS “A BRAND NEW DAY” OUT NOW

Get it HERE via TEN/Epic Records.

The colorful carnival clip showcases Zara like audiences have never seen her before. Soon, we meet not just our leading lady, but two alter egos. The Zara’s take the stage in a quirky choreographed routine (choreographed by JaQuel Knight) as unforgettable as the track’s magnetic hook.

Co-written by a female power trio of Zara, Noonie Bao [Camila Cabello, Charli XCX] and Ilsey Juber [Beyoncé, Miley Cyrus] and produced by Linus Wiklund [Zedd, Alessia Cara], “All The Time” possesses all the ingredients of a summertime smash.

The song arrives hot on the heels of her blockbuster collaboration with BTS—“A Brand New Day” for the group’s anxiously awaited A Brand New Day (BTS WORLD OST Part.2). Featuring and co-written by Zara in addition to production from GRAMMY® Award-winning mastermind Mura Masa, it clocked over 7.7 million cumulative streams in under a week and received widespread acclaim. Touted among “All The Best New Pop Music From This Week,” UPROXX praised the tune’s “really interesting, dynamic sound,” and Rolling Stone dubbed it an “upbeat, shimmering number.” Additionally, it garnered looks from Billboard, Pitchfork and more.

2019 represents a banner moment for Zara. Her recent release “Don’t Worry About Me” already clocked over 59 million streams. Inspiring widespread critical acclaim, Billboard proclaimed it, “a bouncy new self-empowerment anthem,” and Clash crowned it “a tour de force of pop energy.”  Meanwhile, “Ruin My Life” just surpassed 342 million cumulative streams. Discussing the song, she sat down with Time who claimed, “Zara Larsson is a pop star who’s about more than just the music.” Her total streams exceed 4.2 billion to date.

Every once in a while, a woman comes along and flips everything upside down. When it comes to pop music, Zara Larsson is that woman. The 21-year-old Swedish singer and songwriter quietly ascended to the forefront of modern pop with undeniable talent, uncompromising attitude, and unbelievable songcraft. As a result, she made history. Her RIAA gold-certified 2017 full-length, So Good, holds the distinction of being “the second most-streamed debut on Spotify by a female artist ever,” eclipsing 5 billion streams. Among a bevy of smashes, “Ain’t My Fault” went gold, “Lush Life” went platinum and “Never Forget You” with MNEK went triple-platinum. Among numerous accolades, she has won favorite Swedish Star at the Nickelodeon Kid’s choice awards 2016, 2017 and 2018! She also landed best newcomer and worldwide act at the 2016 MTV EMA’s. She notably took the stage at the 2017 Nobel Peace Prize Concert to perform “Symphony” alongside Clean Bandit. Meanwhile, she achieved four Swedish Grammi Awards, (2018) namely “Best Song,” “Best Album,” and “Artist of the Year” Snagged spot’s on TIME Magazine’s “30 Most Influential Teens of 2016,” Billboard’s “21 Under 21” of 2017, Maxim’s Hot 100 of 2018. Additionally, she has received nominations at the Teen Choice Awards, MTV VMAs, and more.

Get ready for her second full-length album and more surprises coming very soon!