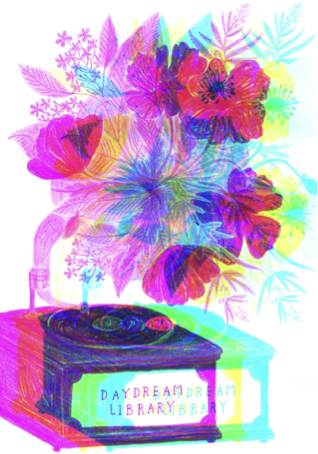 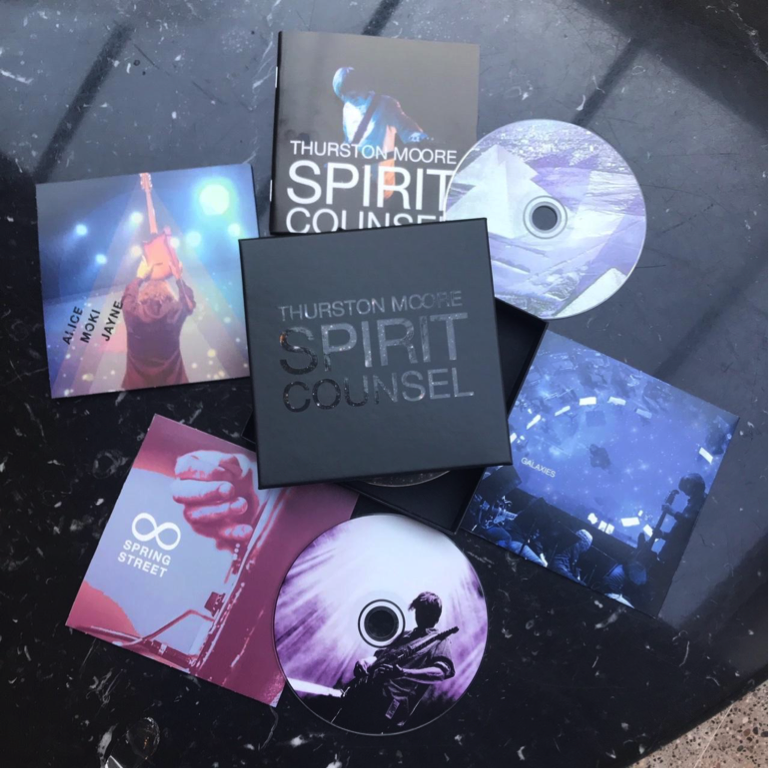 SPIRIT COUNSEL is a collection of three extended compositions recorded between 2018-19. This collection represents a period of reflection on spiritual matters, collective musical friendships, and a time and space universally, without words or languages to distract from meditation.

CD 1: ‘Alice Moki Jayne’ is a new composition from noise guitar explorations honoring Alice Coltrane, Moki Cherry, and Jayne Cortez. These female partners of jazz musicians brought spirituality into the lives and music that has most inspired Thurston Moore.

CD 2: ‘8 Spring Street’ is a personal homage to Glenn Branca, the title is an address in New York City, the apartment where Thurston first visited his mentor to rehearse.

CD 3: ‘Galaxies’ is an orchestral piece of music, with Moore as conductor and composer. Twelve guitarists are arranged as if one instrument, exploring the vast emotional depths present in twelve strings. Taking inspiration from a poem by Sun Ra, ‘Galaxies’ ponders our place in the universe as we stare into imagery offered by satellites via space agencies.

Book: ‘SPIRIT COUNSEL’ is an artist book edited by Thurston Moore which includes photographs compiled during the process of creating the accompanying musical works and is available exclusively within this box set.

SPIRIT COUNSEL will be released by The Daydream Library Series, a new record label founded in 2018 by Eva Prinz & Thurston Moore. Daydream Library is distributed by Cargo in Europe and Forced Exposure in North America.