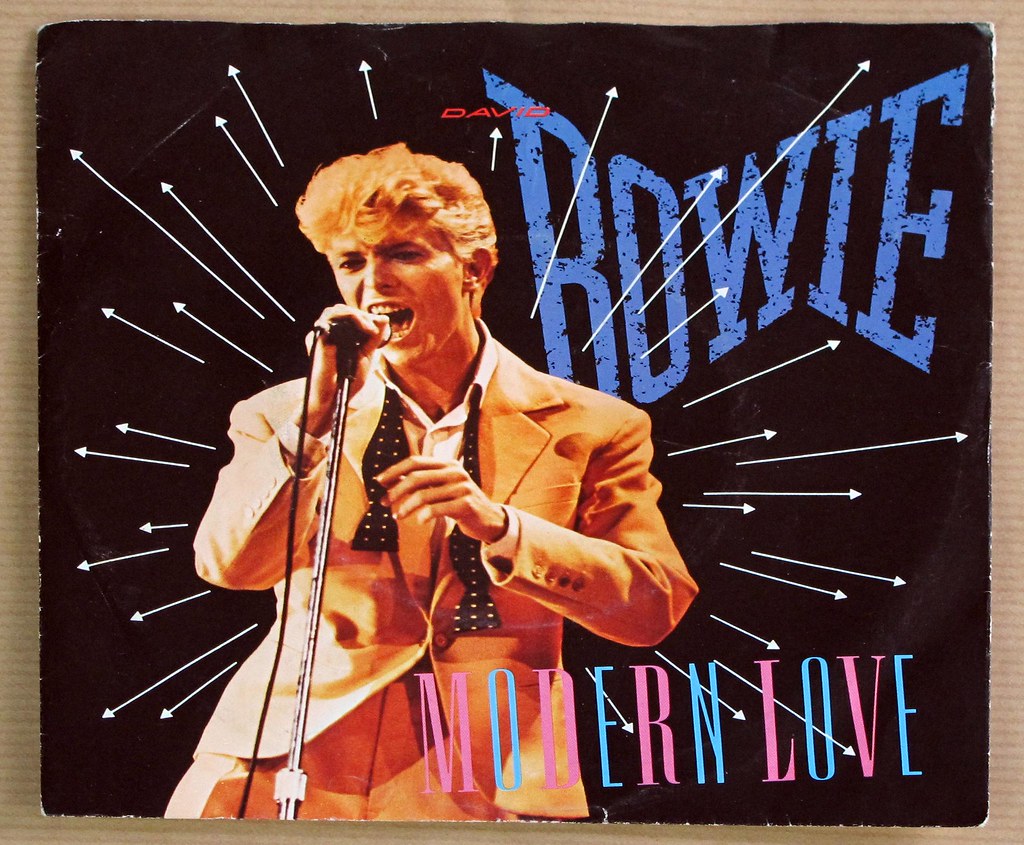 I remember searching for the perfect words/I was hoping you might change your mind.

360.  “Turn It on Again,” Genesis.  Songwriters: Tony Banks, Phil Collins, Mike Rutherford; #58 pop; 1980.  Like the 1978 album “…And Then There Were Three,” the 1980 album “Duke” was another transitional release for Genesis, as they combined their progressive rock roots with more pop oriented material such as “Duchess,” the U.S. #14 pop hit “Misunderstanding,” and “Turn It On Again.”  “Turn It On Again” sounds like a typical pop song about alienation, but is played in a 13/8 time signature.  Keyboardist Tony Banks, “You can’t dance or clap along to it because of that time signature. When we play it live, you can always see the audience getting caught out.”  The “Duke” album eventually went platinum in the U.S. and Genesis became one of the biggest pop bands of the 1980s.  Banks on Collins embracing his role, “’Duke’ was the first album where Phil started to sound like a real singer.”

359.  “Beat It,” Michael Jackson.  Songwriter: Michael Jackson; #1 pop/#1 R&B; 1983. Rolling Stone, “A visionary mix of metal bluster and disco glitz, complete with a headbanger’s ball of an Eddie Van Halen guitar eruption. With its down-in-jungleland video, ‘Beat It’ crashed rock radio along with every other station on the dial, reaching Number One just a week after ‘Billie Jean’ ended its seven-week run at the top. ‘Beat It’ was the last song added to the ‘Thriller’ album, as the clock was ticking to the release date. Quincy Jones, ‘When we were finishing ‘Beat It,’ we had three studios going. We had Eddie Van Halen in one. Michael was in another singing a part through a cardboard tube, and we were mixing in another. We were working five nights and five days with no sleep. And at one point, the speakers overloaded and caught on fire.” The only person not blown away was Van Halen’s David Lee Roth, who scoffed, ‘What did Edward do with Michael Jackson? He went in and played the same fucking solo he’s been playing in this band for 10 years. Big deal!’”

358.  “Modern Love,” David Bowie.  Songwriter: David Bowie; #14 pop; 1983. Music journalist Spencer Kaufman, “’Modern Love’ may not be Bowie’s greatest tune ever, but it could easily be called the best ‘pop song’ of his illustrious career. From its spoken intro to its infectious chorus, the song plays as well on a wedding dance floor as it does at a hipster dive bar.” Rolling Stone, “Released in 1983, ‘Modern Love’ revealed Bowie at his catchiest and most nihilistic, taking aim at the song’s namesake over jazzy saxophone and chunky guitar riffs played by legends Stevie Ray Vaughan and Nile Rodgers. His gospel-like call-and-response during the choruses reflects his thoughts on tradition, religion and, of course, love, as Bowie soul-searches and comes up short in divining the function of romance in the modern age. By the end of the song, he makes a convincing argument — over a classic, Fifties rock & roll sound — that the emptiness he has unveiled is something worth celebrating.”

357.  “I Want Your (Hands on Me),” Sinead O’Connor with MC Lyte.  Songwriters: Sinead O’Connor, Mike Clowes, John Reynolds, Rob Dean, Spike Holifield; Did Not Chart; 1988. “I Want Your (Hands on Me)” is an insistent combination of lust, funk, dance beats, and hip hop.  Retrospectively, it’s strange to hear Sinead singing about her sexual desires. O’Connor, “I shaved my head after I signed a record contract. Two guys from the record company wanted me to wear mini-skirts. They described their mistresses to me, and said I should look like that. I didn’t want to be pushed as some kind of pretty girl, so my way of answering that was to shave my head. I didn’t want to be governed by a load of middle-aged blokes. It was a time when you hadn’t really come across angry women. I wasn’t standing there with blond hair, saying, ‘Oh baby, do me.’ The way I looked caused a lot of opinions. Madonna did an interview at the time, saying ‘Sinéad O’Connor has about as much sex appeal as Venetian blinds.’”

356.  “Tempted,” Squeeze.  Songwriters: Glenn Tilbrook, Chris Difford; #49 pop; 1981.  Rock critic Andrew Unterburger, “’Tempted’ is a simple, immaculate little pop song that’s blue-eyed soul to the very core. I didn’t realize until very recently just how close to Stax/Volt “Tempted” is. If you slowed it down a bit, put a little grit in the rhythm section and got someone not quite so British to sing the lead vocal, you’d have an Otis Redding record on your hands. The rest of the ingredients are there – the grooving organ lines, the heavenly backing vocals, and the simple, plaintive melodies. Think Al Green doing ‘How Can You Mend a Broken Heart’ and you’re pretty much all the way there. The song doesn’t pass any sort of judgement on the act of temptation, with temp singer Paul Carrack (who is something like the Forrest Gump of MOR British pop) sounding equally excited, conscience-racked, and bored by the concept (and none too much of each). It’s a relatively blank slate of a pop song, allowing listeners to project what tone they will on it.”

355.  “Perfect Way,” Scritti Politti.  Songwriters:  Green Gartside, David Gamson; #11 pop; 1985. Scritt Politti started as post punk communists in the late 1970s, but by the time of “Perfect Way,” Green Gartside was pairing synth pop to Elvis Costello level wordplay (“I took a backseat a backhander/ I took her back to her room”).  Rock critic Sasha Frere-Jones, “The song is similar to music of the period by New York club artists like Madonna: very loud snare drums matched with bright keyboard lines and even brighter guitars. Green Gartside’s voice is high—almost, but not quite, falsetto. Over the punishingly clear instruments, he sounds blissful, teetering on the edge of rapture. The chorus ends with a line of stock dance-floor chat—‘I got a perfect way to make the girls go crazy’—but the verses suggest that the singer spends more of his time at the independent bookstore. Gartside’s singing is so fiercely unmasculine that if he weren’t obviously enjoying himself so much you would think he was making fun of the Boy Georges and George Michaels of the world.” In the truth-stranger-than-fiction dept., Miles Davis covered “Perfect Way” in 1986.

354.  “Romeo Had Juliette,” Lou Reed.  Songwriter: Lou Reed; Did Not Chart; 1989.  Lou Reed’s 1989 “New York” release was his first ceritified gold album since 1974’s “Rock ‘n’ Roll Animal.”  From Linnear Crowther of Legacy.Com, “In a career spent writing songs about the city he called home, Reed’s 1989 album ‘New York’ was a pinnacle, an incredible journey through its back alleys and corrupt corners. ‘Romeo Had Juliette’ sums it up, a look at two faces of the city – privilege and poverty – clashing. Like the rest of the album, its musicianship isn’t incredible and also isn’t the point. Reed de-emphasized melody and backing instruments in ‘New York’ to play up his lyrics – harsh, insightful, critical, tender and everything in between: ‘And something flickered for a minute, and then it vanished and was gone.’”

353.  “The Metro,” Berlin.  Songwriter: John Crawford; #58 pop; 1981.  The new wave act Berlin formed in Southern California in 1978 and Terri Nunn’s sex kitten appeal was made for the video era.  The 1982 album “Pleasure Victime” went platinum, propelled by “The Metro” and “Sex (I’m A…)” videos, despite not including a Top 40 hit.  Rock critic Steve Peake on this “I remember hating you for loving me” number, “The track’s cascading synthesizers and pulsing beats manage to blossom into a solid rock-oriented arrangement during the bridge and chorus. Nunn’s breathy lead vocals help cut through the mechanized feel of the verses and bring some genuine passion to the proceedings. Ultimately, this is one of Crawford’s finest story songs that also belongs in any conversation regarding the finest mid-tempo pop/rock songs of the ’80s.” Berlin peaked commercially in 1986 with “Take My Breath Away,” a languid ballad/#1 pop hit from the “Top Gun” soundtrack.

352.  “She Told Me Lies,” The Chesterfield Kings.  Songwriters: Andy Babiuk, Greg Prevost, Orest Guran, Rick Cona, Doug Meech ; Did Not Chart; 1987.  Retro garage rockers The Chesterfield Kings formed in Rochester, New York in 1979 and released eleven albums from 1982 to 2009.  David Fricke of Rolling Stone, “As time-warped rock & roll goes, the Kings are tops when it comes to cloning the old revved-up teenage macho blues of the Standells and the Count Five. Singer Greg Prevost has one of the best imitation Mick Jagger-Sky Saxon snarls in the business, while rhythm Kings Rick Cona (snorting ‘Satisfaction’-style guitar), Orest Guran (guitar, wheezy Vox organ), Andy Babiuk (bass) and Doug Meech (drums) have honed their caveman stomp to Nuggets-like perfection.  In their expert evocation of the Sixties garage-rock sound, the Chesterfield Kings are celebrating, not just an era, but the fighting spirit and manic crunch at the root of ALL classic rock & roll.”

351.  “Flowers by the Door,” T.S.O.L.  Songwriters: Joe Wood, Ron Emory, Mike Roche, Mick Dean; Did Not Chart; 1984. The California band T.S.O.L. started as a hardcore act during the late 1970s, but were sounding like a goth band fronted by Jim Morrison by the time of their 1984 album “Change Today?”  Songwriter Joe Wood on the impact of the dramatic suicide number “Flowers by the Door,” “It was the biggest song we ever had because it got put on a ABC school special about teenage suicide. It ran throughout the show. I had one guy camp out on my front lawn for a few weeks. He was a troubled kid. To this day his family writes letters saying that song saved his life. I don’t want any more than that, man. I wrote the song in ten minutes sitting on a back porch.” Drummer Mitch Dean on the band’s setlist prior to the album’s release, “We would leave out ‘Flowers by the Door,’ because we thought it was weak and it just barely made it onto the album. Once the record was released it became the most popular song from ‘Change Today?,’ which goes to show that sometimes the artists are too close to the music and basically don’t know shit.”