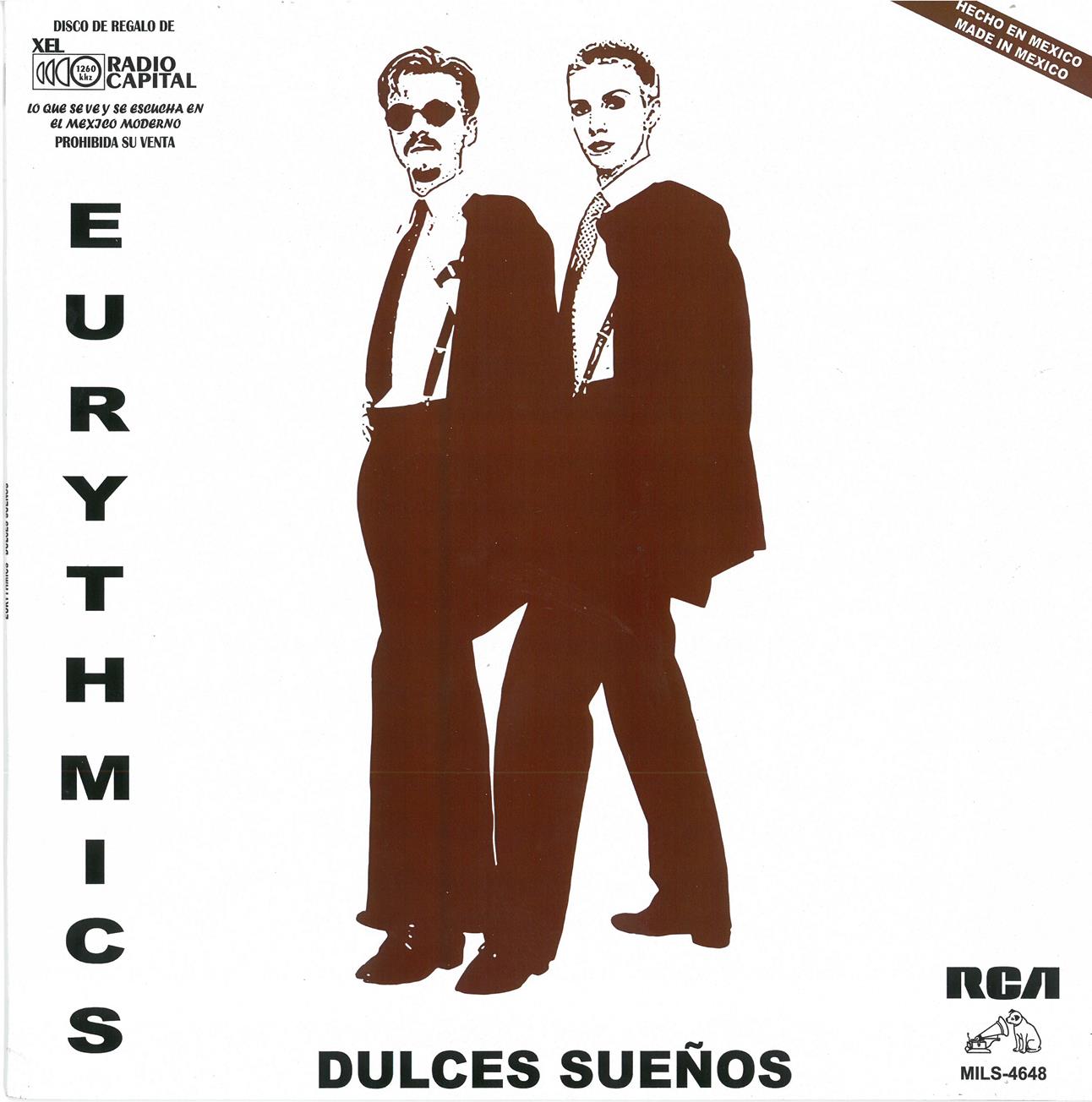 330.  “River in the Rain,” Roger Miller. Songwriter: Roger Miller; #36 country; 1985.  Roger Miller never hit the country Top Ten after 1968’s “Little Green Apples” and released new material sporadically during the 1970s and 1980s.  His most noteworthy work of the 1980s was writing the music for the theater production “Big River: The Adventures of Huckleberry Finn.”  For his efforts, he won a Tony Award for Best Original Score.  “River in the Rain,” a finely wrought romantic view of the Mighty Mississippi, was Miller’s final Top 40 country hit, peaking at #36.  The number fittingly ends with some fine blues licks.  Shortly before dying of lung cancer in 1992 at the age of 56, Miller co-wrote the Dwight Yoakam hit “It Only Hurts Me When I Cry.”  During the 1980s and 1990s, three Roger Miller cover songs went to #1 on the country charts – Ricky Van Shelton’s “Don’t We All Have the Right,” Alan Jackson’s “Tall, Tall Trees” and the Brooks and Dunn version of “Husbands and Wives.” Alison Krauss did a typically expert cover of “River in the Rain” in 2017.

329. “The River,” Bruce Springsteen.  Songwriter: Bruce Springsteen; Did Not Chart; 1980. Rolling Stone, “Many of the tragic characters in Springsteen’s songs are fictional. But the teenage couple in ‘The River’ were drawn from his own real-life experience. Springsteen’s sister Ginny became pregnant at age 18 and quickly married her child’s father, Mickey Shave, who took a construction job to support his family. ‘They had to struggle very hard back in the late Seventies, like so many people are doing today,’ Springsteen said when he performed The River live in its entirety in 2009. He turned their story into his most moving working-class lament, a slow, sparse ballad with a mournful harmonica part that starts to sound like a funeral dirge as the song ends. ‘Every bit of it was true,’ Ginny told Springsteen biographer Peter Ames Carlin. ‘And here I am, completely exposed. I didn’t like it at first – but now it’s my favorite song.’ Today, Ginny and Mickey are still happily married.”

328.  “One Hit (To the Body),” The Rolling Stones.  Songwriters: Mick Jagger, Keith Richards, Ron Wood; #28 pop; 1986.  “One Hit (To the Body)” had a stellar cast including string bending by Jimmy Page and backing vocals by Bobby Womack, Patti Scialfa, Don Covay, and Kirsty MacColl.  David Marchese of Vulture, “It’s funny how good 1986’s ‘Dirty Work’ (album) is, considering it came at an all-time low in the Mick-Keith relationship. (The band members’ pastel suit jackets on the cover also weren’t promising.) Maybe the tension was helpful, or the guys felt really good in those suits — whatever the reason, ‘Dirty Work’ is a strong, vital album, the band’s second-best effort of the decade after ‘Tattoo You.’ ‘One Hit (to the Body),’ the fierce and punchy opening track, has all the album’s strengths, and features a fine solo break from Led Zeppelin guitar wizard Jimmy Page.”

327.  “Raspberry Beret,” Prince and the Revolution.  Songwriter: Prince; #2 pop/#3 R&B; 1985.  Prince, “I find freedom sexy. I find freedom so sexy I can’t even explain it to you. You wake up every day and feel like you can do anything.” That freedom allowed Prince to take a side trip into neo-psychedelia on his 1985 “Around the World in a Day Album,” to include using Middle Eastern finger cymbals on this #2 pop hit.  Blogger Jeff Rindskopf, “’Raspberry Beret’ ventures out of the singer’s normal comfort zone to incorporate a myriad of stringed instruments. They go a long way in crafting a song that could easily serve as an example of the perfect pop song for its instantly memorable hook and effortless yet full sound.” Tom Smith of NME, “’Raspberry Beret’ sees Prince mingle with us mere mortals as he discusses his rubbish part-time job and making love in a barn to the girl in the ‘Raspberry Beret.’ Arguably Prince’s pop masterpiece.”

326.  “Thinking About Your Love,” Skipworth & Turner. Rodney Skipworth, Phil Turner; #10 R&B; 1985. Syracuse native Rodney Skipworth teamed with Memphian Phil Turner to create one of the best R&B dance tracks of the decade with “Thinking About Your Love.” Kit O’Toole from the Blinded By Sound website, “Despite the presence of synthesizers, ‘Thinking About Your Love’ remains timeless due to its driving beat and memorable piano riff present throughout the track.  Turner’s smooth singing style also dominates, proving his skill as an interpreter.  His falsetto on the line ‘never knew I could feel so much’ and his vocal style on certain verses, such as stressing the word ‘deeply’ on the line ‘I’ve been wondering deeply/ What made me fall in love,’ elevate the song from a mindless dance track into something more distinct. ‘Thinking About Your Love’ definitely could have been released in the 70s, or even today, since the duo wisely shied away from overly dated production.”

325.  “It’s a Good Thing,” That Petrol Emotion. Songwriter: John O’Neill; Did Not Chart; 1986. The Irish rock band That Petrol Emotion was established by two former members of The Undertones, but utilized a heavier, more contemporary sound.  Jon Pareles writing for The New York Times in 1987, “In slower songs, the band can sound like a youthful, unjaded Rolling Stones, and occasionally it tries a funk beat. But most of its songs, and its best ones, suggest a revved-up revival of the New York band Television. Fast, gnarled, modal guitar lines propel tune after tune, barely leaving space for Steve Mack’s lead vocals.”  Rock critic Alex Ogg on the “Manic Pop Thrill” album, “It’s a Good Thing,’ ‘Mouth Crazy,’ and ‘Circusville’ are typical of the contents – relentless pop hooks married to surging guitar chords, underpinned by hints of swamp blues and nods to garage rock and other mutant strains of the rock & roll animal.”

324.  “Sweet Dreams (Are Made of This),” Eurythmics.  Songwriters: Annie Lennox, Dave Stewart; #1 pop; 1983.  Annie Lennox and Dave Stewart were former lovers and members of the U.K. pop band The Tourists, who scored two Top Ten singles in the native country in 1979 and 1980.  Annie Lennox, “The day Dave and I ended our romance, Eurythmics began. I was curled up in the fetal position. He programmed this rhythm. It sounded so good. I couldn’t resist it. We’d come out of the end of the Tourists battered and bruised. We were massively in debt, and I’d come across some real monsters in the music business. I was desperately unhappy. From that first line, it’s not a happy song. It’s dark. ‘Sweet dreams are made of this’ is basically me saying: ‘Look at the state of us. How can it get worse?’” Dave Stewart, “Quickly, Annie did this startling rant which began: ‘Sweet dreams are made of this.’ It was mind-blowing, but depressing, so I suggested the ‘hold your head up, moving on’ bit to make it more uplifting.”

323.  “New Amsterdam,” Elvis Costello and the Attractions.  Songwriter: Elvis Costello; Did Not Chart; 1980.  Costello sings of desperate alienation on “New Amsterdam”: “Back in London they’ll take you to heart after a little while/Though I look right at home I still feel like an exile.” Tom Carson of Rolling Stone, “Set to a lilting, tripping melody that’s one of the loveliest Costello’s ever written, ‘New Amsterdam’ evokes all the melancholy, tenderness and regret of a seemingly hopeless situation. There’s simply a delicate acoustic guitar tracing a fatalistic circle, and Costello’s soft voice, reaching in vain for a happiness he knows he’ll never have, yet somehow – if only for a few seconds – finding peace in his sorrow and reconciliation.”

322.  “Play It All Night Long,” Warren Zevon.  Songwriter: Warren Zevon; Did Not Chart; 1980.  Zevon’s look at country living starts with, “Grandpa pissed his pants again, he don’t give a damn/Brother Billy has both guns drawn, he ain’t been right since Vietnam,” then the narrator requests for someone to blast some Skynyrd.  Zevon, “I believe in that song. I’ve explained to people who were distressed by it that I actually thought the song was about courage and endurance and basic human virtues like that. I replied to an indignant letter about that song recently. Shit happens in life. Life is tough. And abuse and incest and disease – all those things happen. I thought that song was about people who went on living anyway, went on with their lives.” Blogger Harry Harris called this song “a sordid, depraved chronicle of a particular version of the Deep South,” to which I would only add “humorous.”

321.  “Walk Like an Egyptian,” Bangles.  Songwriter: Liam Sternberg; #1 pop; 1986. Songwriter Liam Sternberg penned the cops in the donut shop “Walk Like an Egyptian” in 1984 and recorded a demo with Marti Jones.  Toni Basil passed on the song, which eventually was pitched to Bangles producer David Kahne.  Kahne made no friendship with Bangles drummer Debbi Peterson, not allowing her a lead vocal turn nor the opportunity to play on the record. Vicki Peterson in 2018, “These days I feel very differently about it than I did in the ’90s, because to me it was such an odd moment. I actually loved doing it. I thought the song was brilliant, in the strangest way. I had fun recording it, minus a few hiccups here and there, because it wasn’t a great time for us. But, the song itself, I thought, ‘OK, we will never write anything like this. This takes the record to another level, so let’s absolutely do this.’ It’s so fun to do live because of how it’s received by our audience: They are completely in love and having a blast. It reminds them of that time in high school, that time in college, whatever it is that connects to a moment of sheer fun and joy and silliness and dance moves.”