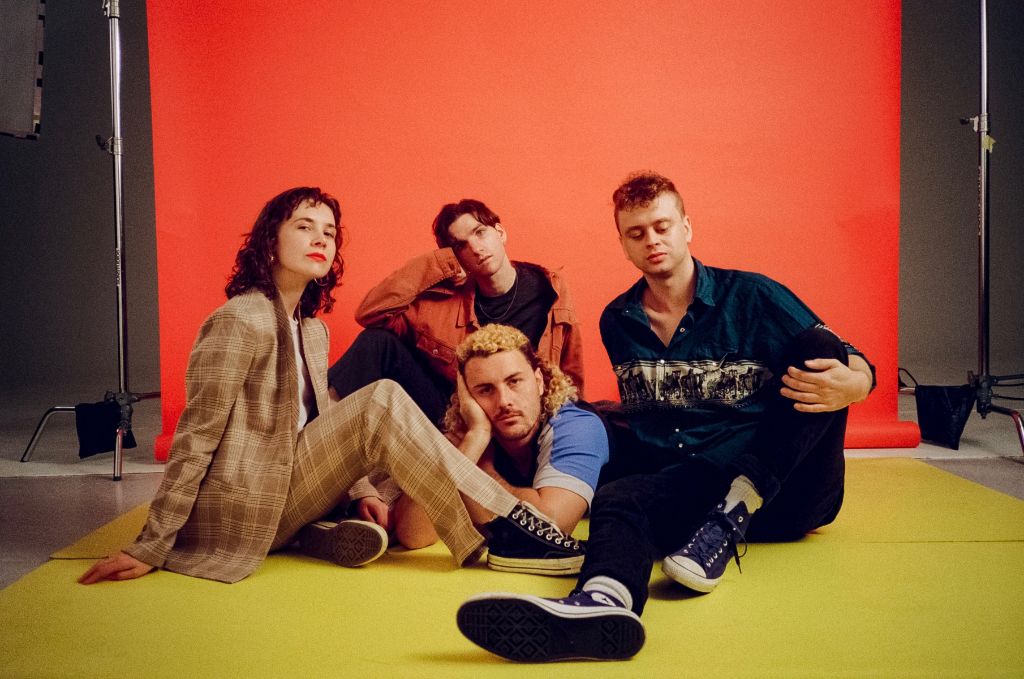 “The band has drawn references and comparisons to the Cocteau Twins and The Go-Betweens and we can hear that but there’s also a solid sense of their own songwriting skills and style.”
– Noisey / Vice

“This band writes the kind of songs that take pride of place on any crush-worthy mixtape you make.”
– Dave Ruby Howe, triple j

“ On the live front, the band bring a rare energy to their indie pop – a faster, more visceral interpretation of their dreamy, layered studio recordings. ”
– Tone Deaf

Shot and directed by Madeline Purdy, the nostalgic visual accompaniment to ‘High Over Love’ is an ode to the band’s home city. In Sarah Sykes’ (vocals, guitar) own words, the video portrays “the concepts of an invasion of privacy, and feelings of desire to escape, in a setting that is familiar: the everyday commute on Sydney Trains.”

Madeline Purdy adds, “With this video, we didn’t want to venture into a fantasy music video world – the band wanted to make something unapologetically Sydney. The video is awash with nostalgia immediately, I think because of the rarity of the shooting style and performance. We spent all day on trains: just the band, myself, the shooter Ash Pepper and a camcorder, with no lights or tripod. As the hours went by, the comfort of such familiar liminal spaces – stations, carriages – really emerged. On a public train there are no airs, no pretence – we were just a bunch of people with a camera and a song shuttling through the city like everyone else”.

A compelling example of the band’s penchant for dynamic, hook-driven rock, ‘High Over Love’ sees Sunscreen reckon with a questionable romance through soaring guitar riffs and Sarah Sykes’ commanding, magnetic vocals. The first release from Sunscreen since their debut 2017 EP Just A Drop, ‘High Over Love’ has received an add to Fbi Radio rotation, a spin on triple j’s Home & Hosed, and an add to Spotify’s Broad Chords.

‘High Over Love’ is the first cut of Sunscreen’s forthcoming second EP produced by Simon ‘Berkfinger’ Berkelman (Philadelphia Grand Jury, Art Vs. Science). Exuding a beautiful toughness, the energetic five-track EP reflects the psyche of a romantically confused young person trying to survive in the big city. Written over the course of years, the EP explores romantic idealisation, heartache and self-possession with frank, powerful vulnerability.

Recently supporting the likes of DMAs, Rolling Blackouts Coastal Fever, Jen Cloher and Ali Barter and taking stage at Farmer & the Owl and Grampians Music Festival, Sunscreen bring their incomparable live show on the road this month for a string of headline shows hitting Sydney, Brisbane and Melbourne. Inviting a slew of local favourites like Egoism and Babey (Sydney), Dopamine and Olivia’s World (Brisbane) and Ferla and Denise Le Menice (Melbourne) along for the ride, Suncreen’s ‘High Over Love’ tour is one not to be missed. 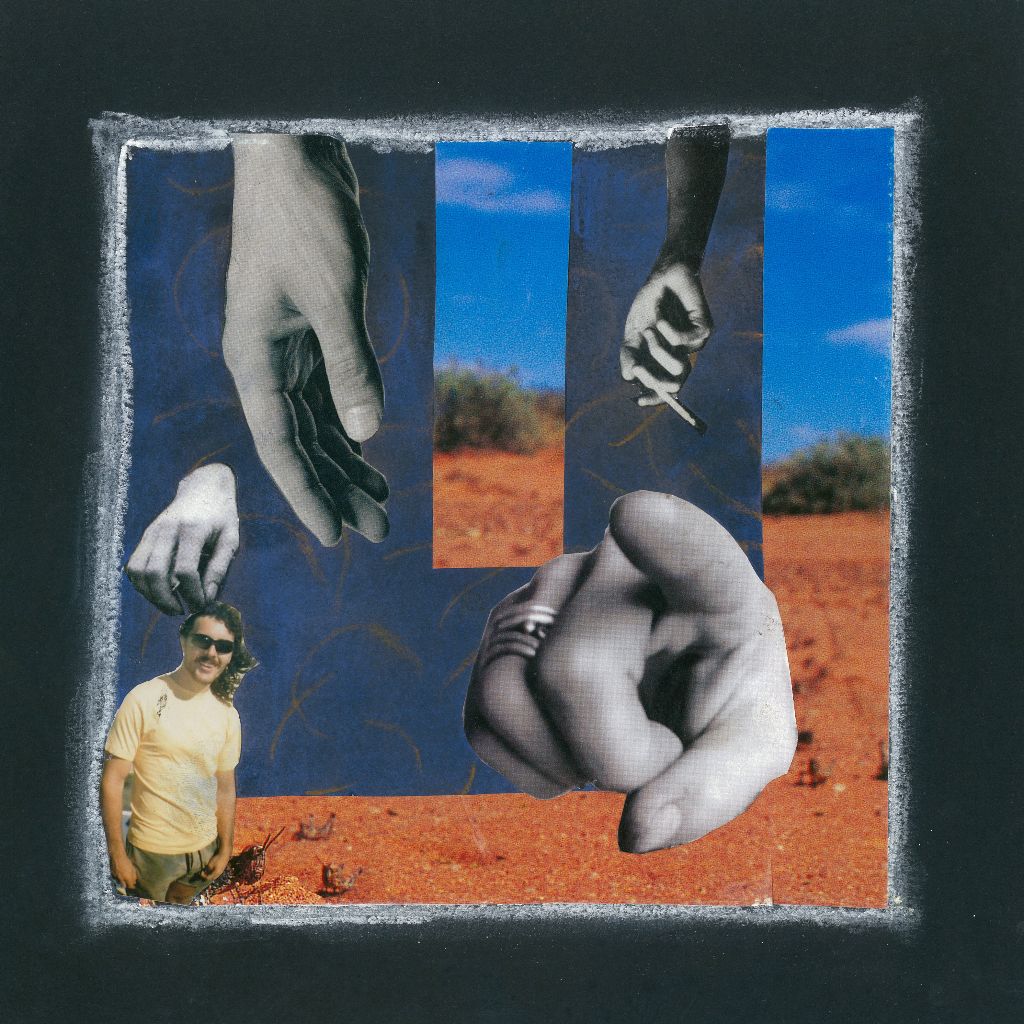 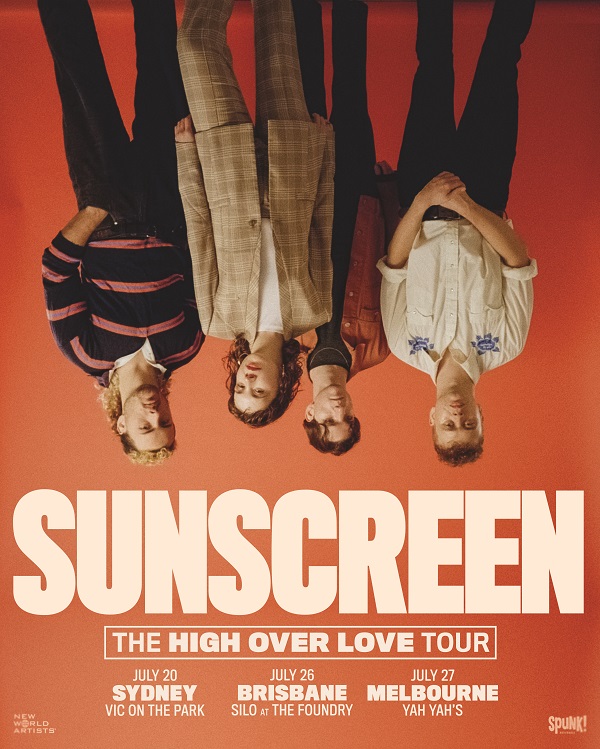