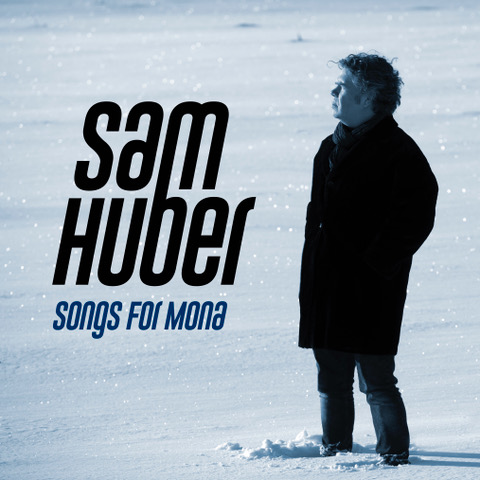 Finland’s utilitarian soul ma,n Sam Huber, has been on a tear this past couple of years. From new times Frank Sinatra to old times James Brown, from warm and deep croon to scream and starched out voice blasts, he has released two albums and an EP in a year ir si, and is back with Songs For Mona, dedicated to his mother just in time for Mother’s Day.

The six song EP includes covers of songs by George Harrison, the Police, Sheryl Crow, Grace Jones and Bob Marley, a protan moving target from Beatle r&b to jazz to reggae, to, you guessed it, soul, the songs are like kaleidoscopes and fun house distortion of songs you know but don’t listening to anymore (Nightclubbing, any one?).

For Bob Marley,  Sam chooses my own, personal favorite song by the legend. Joined by Garrison Hawk (the Tricky collaborator), Huber’s “Could You Be Loved” is well in keeping with the sadness that seems to permeate the EP (when I suggested this to the producer, I was dismissed with “they’re mid tempo ballads”),  Hawk’s bridge takes it to a dark place that Marley didn’t go to with “now everything is slowly fading away” and it is slowed to a beautiful dirge. Mr Huber said: “My producers Tomás Doncker & James Dellatacoma and I had been bouncing around the idea of making a slow and atmospheric covers album for a while now. Part of the developmental process would be to “reimagine” Or reinterpret the original versions of these classics. For example Bob Marley’s “Could You Be Loved” has been treated in a slow R&B interpretation, as well as Sheryl Crow’s “If It Makes You Happy”, which in turn has been transformed into a Stax records style soul ballad- a la Wilson Pickett. We were inspired Meshell Ndegeocello’s “Ventriloquism” album released last year-we are all huge fans of her work.This album is also a tribute to my mother, to whose taste runs on the softer side of things. ”

As great as “Could You Be Loved” is, “If It Makes You Happy” is the best cover on the EP, Sam’s voice is a baritone that echoes into the song and the horns displaces it from  Americana to soul drenched pop, his “well OK” leading to the chorus is an epic heart beat before he nails himself into the chorus, a vocal tour de force. I have never much cared for Crow, except for one song, this one, and Sam takes her  best moment and sings it to a standstill in a brilliant interpretation.

And it begs an answer to the question, why the hell is so Sam so sad? Whatever the claim, Songs For Mona is a heartbreaking collection of songs, every single one of which Sam makes his own.