Ryan Adams Is Back On Social Media But Can We Get His Side Of The Story? 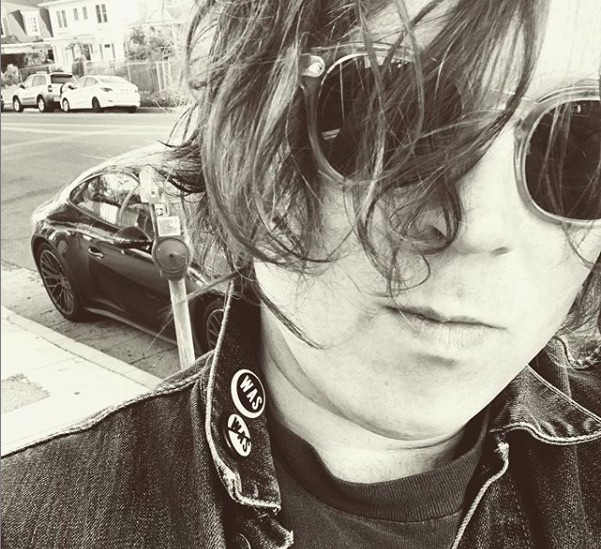 As Iman pointed out, Ryan Adams is back on social media (Instagram and Twitter) after several months of deadly silence. Among photos and videos of him working in his studio (and a noticeable excerpt of ‘I’m Sorry and I Love You’ on IG), he posted a long and rather cryptic rant, mentioning that the truth matters…. But is he ready for the unavoidable backlash?

Comments on his Instagram page were disabled, but not on Twitter, and of course, the Facebook comments have started to pile up on both sides of the debate, from detractors and supporters, and it’s not gonna stop anytime soon.

‘Because the truth matters.
It’s what matters most.
I know who I am. What I am.
It’s time people know.’

We are ready for the truth, I know I am, but how can he prove anything? Can he put an end to the story which led to his dismiss? Can he prove to his accusers he didn’t do anything wrong? And was mislead about Ava’s age (the young woman who said she had inappropriate online communication with the singer when she was 14-16)

The main question remains, is Adams a sexual predator? A shitty behavior towards women does not make him a predator…  But one thing is certain: if an FBI investigation was launched since February and if Adams is back online, back in his studio working on new covers (look at his last Instagram post) he is probably not in jail and free of all allegations. His long Instagram post is optimistic, full of hope (‘it’s time to get back to what I do best’) and confessional (‘My work was always meant to be a map for the lost. I’ve tried my best to be open and accountable. Not a billboard. I mean, maybe for being flawed. I’ve always wanted to help. I’m trying.’).

Of course, many of his detractors find him non-apologetic and are already lynching him on Twitter. Among them, the indie music blog Drowned in Sound was one of the first to reply with a very harsh comment: ‘You’re a disgrace. Being a “map for the lost” does not make your abusive, predatory behaviour (and worse) in anyway ok. This was the worst none apology given the allegations levelled at you. This break of your silence shows no remorse. #MuteRyanAdams’

I don’t like the hashtag #MuteRyanAdams, I actually despise it as I despise any censorship and any career/life-cancellation campaign. When did we expect our artists to be flawless? When did we expect our artists to have a perfectly moral life? I am repeating the obvious and something which has been endlessly debated everywhere, but the separation between the art and the artist is at the center of this debate. Wouldn’t you have to throw away at least  3/4 of your music and book collection otherwise? If we mute the art of all the flawed men, wouldn’t we eliminate most of the great art? As Always, Nick Cave expressed it with great eloquence in one of his Red Hand Files posts (about another controversial man, Morrissey): ‘The integrity of the song now rests not with the artist, but with the listener’

In the end, the only serious accusation against Ryan Adams was his allegedly inappropriate behavior with the underage girl (and I repeat it, it doesn’t look like the FBI has found anything strong enough to put him in jail), as the other part story of the NY Times article sounded like a series of women blaming him for being ‘manipulative, controlling and obsessive’ some adjectives which could be applied to millions of men, especially in the wake of a divorce or a breakup. Again, putting Ryan Adams’ career back on the music map is not endorsing any ‘assholish’ behavior, it’s just being realistic and reasonable. To all the people who are still condemning him, how long do you want to make him burn in hell because he didn’t empower Mandy Moore’s career?

I can’t wait to hear his version of the story, ‘I have a lot to say. I am going to. Soon.’ Ryan starts his Instagram post. He also wrote ‘Believe Women, Believe Truth’ which tends to be ironic in his case, but the words ‘healing’ and ‘self-reflection’ tend to let us think Ryan is in a good place, despite revealing the loss of his ‘brother the day the Prisoner Tour ended’. This story is not over, people who condemn him are expecting full apologies, which will never come, but Adams’ art will survive the mayhem and I wonder who will get the first post-scandal Ryan Adam interview.

“I have a lot to say. I am going to. Soon. Because the truth matters. It’s what matters most. I know who I am. What I am. It’s time people know. Past time. All the beauty in a life cannot be reduced to rubble for confusion, ignoring truths that destroy all the good in us. This madness and misunderstanding. There’s enough of that in this world My work was always meant to be a map for the lost. I’ve tried my best to be open and accountable. Not a billboard. I mean, maybe for being flawed. I’ve always wanted to help. I’m trying. So, soon… because it’s time to get back to what I do best. I’m here for the music, for the love and for making things better. I didn’t have an easy life. I lost my brother the day the Prisoner Tour ended. Every night wondering if he would be alive. He was proud of me. My family and my friends were there for that. And so many great fans. For the Meineres community who suffer every day. This music was for then. It mattered. And that was always for it to help. So let’s do that. THAT will matter. The amends made and things lost in the noise, that should’ve mattered too. I want to be a part of that healing. To go play have some great shows and put out these badass records. Believe Women. Believe Truth. But never give up on being part of solutions, and healing. I’ve lost friends who have passed away in this time of self reflection and silence. I can’t be like that. There’s been too much that mattered. Thank you for your kindness, your support and for this time I needed to decide how I could be a part of a better tomorrow for everybody. Sometimes that peace comes from opening yourself up. That’s who I want to be. Here’s to that. With love and with faith- In all of us and our best and our faults RA