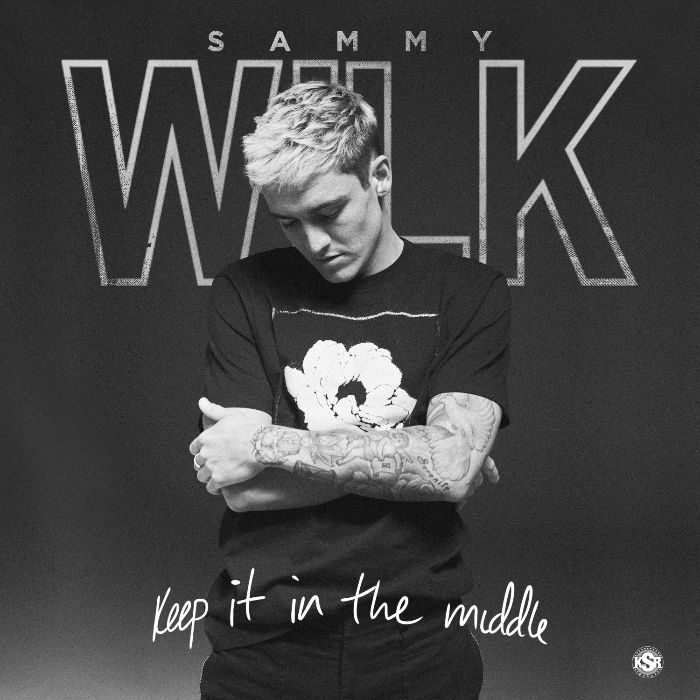 5-TRACK PROJECT FEATURES SINGLES
“HELP ME” AND “LIFT OFF”

CHECK  OUT “HELP ME” HERE

Los Angeles based singer/songwriter, Sammy Wilk, is pleased to release his new EP today, Keep It In The Middle. The five-track project is available at all DSPs HERE via KSR Group.

Widening the scope of his sound, Sammy Wilk constructs a collection of songs that detail the highs and lows of relationships. Sound tracked by sparse trap beats, icy guitars, moody keyboards and a commanding sense for ear-worm melodies, the project features a genre-blurring sound that combines smoked-out R&B with Pop, Hip-Hop and Rock flourishes. Highlights include the vulnerable “Help Me” that shows off a new side of Wilk, detailing the emotional aftermath of the end of a relationship, and the catchy kiss-off anthem “Options.” Keep It In The Middle includes production collaborations with the likes of SwanQ, Sean Island,  Josh X and more. Find the full tracklisting below.

Of the project, Wilk says: “This EP is a reflection of real life situations and emotions. There are ups and downs in life, but it is always important to keep your mind, body and soul in the middle.”

The five-track project is released off the heels of recent single “Lift Off,” who’s cinematic, Chris Velona-directed (Post Malone, James Blake) video recently surpassed one million views on YouTube. View the video for “Lift Off” HERE!

With a visual for “Help Me” set for release soon, the stage is set for Sammy Wilk to “Lift Off” in a huge way in 2019!

About Sammy Wilk
Sammy Wilk is a 23-year-old singer, songwriter, producer, philanthropist and fashion designer who showcases an authenticity and purity of spirit through all that he does. Long before the artist even realized it, that authenticity was the driving factor in his musicianship: at each turn, he has made music that makes him happy, from Hip-Hop to Ska, Reggae, Pop and R&B. It has drawn a legion of dedicated fans; even as he’s taken time to redefine his sound and who he is as an artist. Growing up in Omaha, Nebraska, Wilk developed quite the eclectic taste in music. He fell in love with Hip-Hop at an early age, and by the time he was in middle school, a family friend introduced him to two things that would forever change the course of his life: reggae and a guitar. When he began to release music a few years later, he found himself naturally infusing island music into other genres of music, honing in on his own unique sound.

Thanks to the powers of social media, Wilk has played by his own rules while developing a loyal following (more than 3 million across platforms) that welcomed his music in any and all formats. He became a new star in traditional media using new media to defy the playbook. In that time, his 2016 debut EP Ready For War amassed millions of streams across platforms and found him on the road on two North American tours between 2016 and 2017.

It was on a humanitarian trip to Malawi in 2017 where Wilk really began to realize his purpose as an artist, wanting to inspire others. After returning home, he took 2018 to really dive into his craft, honing in on what kind of mark he wants to leave with his music. Now working with the KSR Group, the production and management company that has played a role in the success of such acts as Cardi B and HoodCelebrityy, Wilk is doing what he loves: creating music that simply makes him happy.

“I find myself shifting through different genres, so nothing from me will sound the exact same, but with that I have found the type of music that I enjoy creating the most,” explains Wilk, while adding that his new music will detail “everything I have lived over the past two years. Some happy songs, some sad, some turn up, some slow. It all depends the mood I’m in when I step in the studio. All of my new music will take you through a rollercoaster of emotions.”

It’s that purity of spirit that shines through on Keep It In The Middle and can be found across everything Wilk does.