Touring the Northeast
+
New 7″ Out Today! 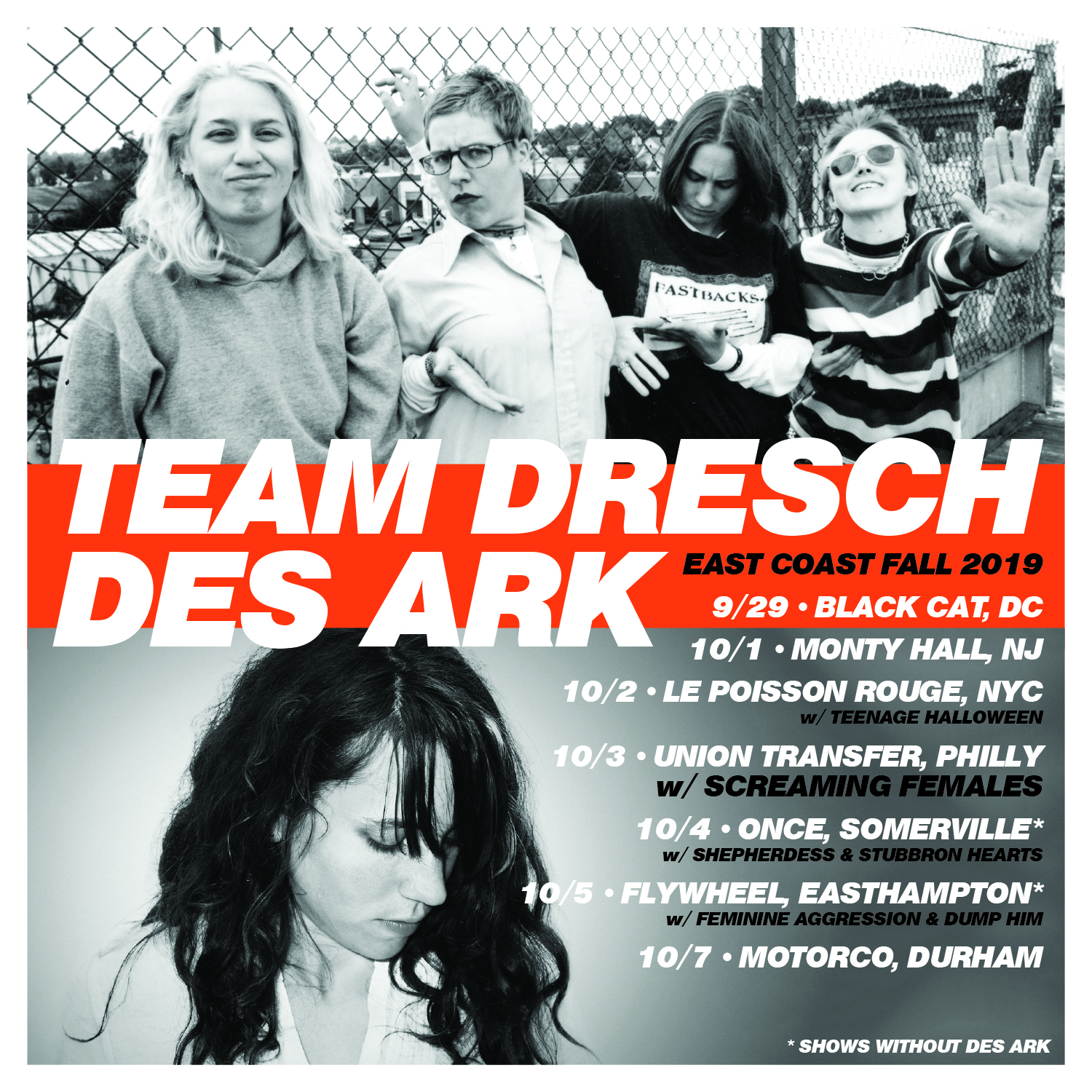 Queercore grunge rockers Team Dresch are heading out to take the East Coast by storm, touring on the reissues of their classic albums Personal Best & Captain My Captain and their new 7”, “Your Hands My Pockets b/w Basket,” out today on Jealous Butcher Records.

The recent release of their new single “Your Hands My Pockets” was called “A rollicking, pop-punk lust bomb” by Rolling Stone. The 7” B side features another new song, “Basket,” an emo-melodic song about loss and grief. The songs are just as transcendent as anything that’s come before.

This leg of the tour features drummer Melissa York, who wrote and played on “Captain My Captain.” Team Dresch is officially a quintet, but drummer Marcéo Martinez will hold down the Portland HQ this time around. The band’s live performances reflect their love for each other, the music, and the people who come to see them play.

The band is Donna Dresch (guitar and bass), Jody Bleyle (guitar, bass, and vocals), Kaia Wilson (guitar and vocals), Marcéo Martinez (drums), and Melissa York (drums). They have also released a compilation of hard to find singles entitled Choices, Chances, Changes (the title an homage to the names of various queer bars they played at in the 90’s) also on Jealous Butcher Records.

Catch Team Dresch on tour with Des Ark and others!

During the last decade, Aimée Collet Argote has had more bands called Des Ark than she has albums under that name. She’s howled and jerked in sweaty houses and rock clubs, backed by a drummer, another drummer, yet another drummer and a second guitarist, and a small symphony. She’s brought big crowds to a whisper with nothing but her voice and a banjo or a tiny guitar that kept slipping out of tune. And though it perennially confuses the crap out of crowds expecting one thing & getting the other, she somehow manages to maintain these two separate Des Ark’s — different songs, utterly different audience experiences — and the dissonance & tension in turn somehow bind together in a brilliant display of songwriting. For this tour, she’ll be joined by Ashley Arnwine (Pinkwash, Waxahatchee), Mike Taylor (Pg.99, PygmyLush), and Chris Taylor (Pg.99, PygmyLush)