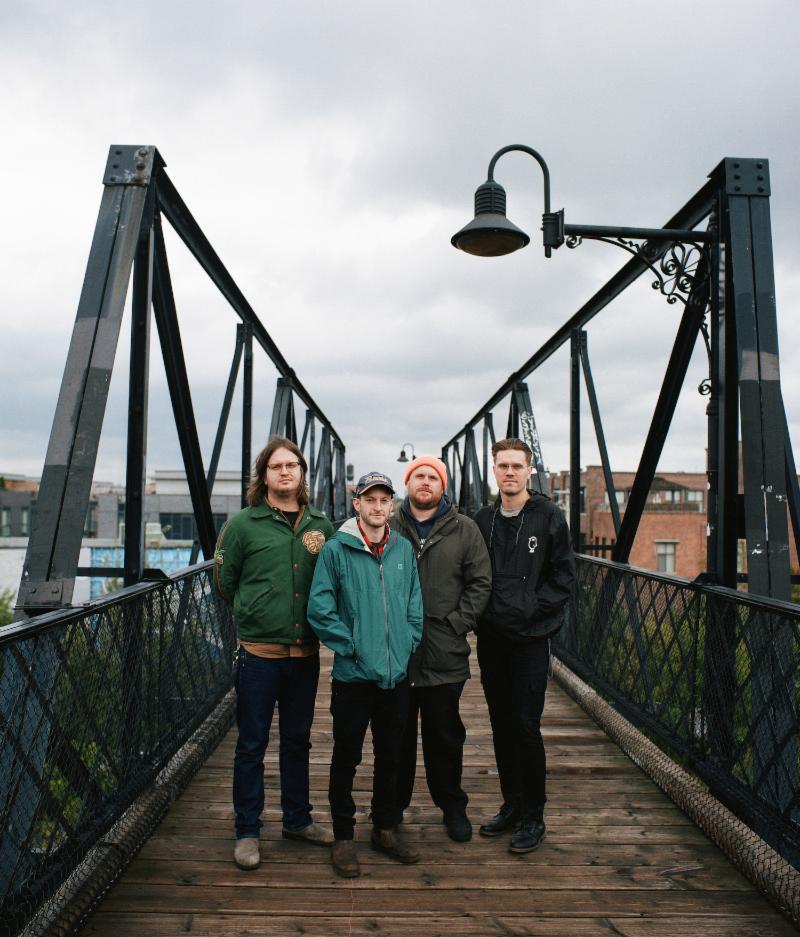 PUP ON TOUR THIS FALL!

“If you’re gonna start a record, you might as well do it right. I just cannot get enough of this record. I think it’s one of my favorite records of the year. Easily…musically it’s explosive. It is huge.” – NPR Music’s New Music Friday Podcast

“‘Morbid Stuff’ is the angriest PUP has ever sounded. But it’s not a cry for help. It’s a cry of freedom, the sound of a band realizing that anger is liberating…” – Pitchfork (7.9)

“Morbid Stuff [is] another collection of explosively catchy anthem/tantrums…[PUP] still sound about as vibrant and youthful as a rock band can. It’s invigorating. It’s harrowing. It rules. Fuck with it.” – Stereogum

“Along with the band’s songwriting, Babcock’s point of view has sharpened further and grown even more candid, grappling with his own depression and repurposing the band’s most crippling doubts into addictive hooks.” – Vulture

“With ‘Morbid Stuff,’ the Toronto band made the best album of their career.” – Noisey

“”PUP’s third album Morbid Stuff is by far their best yet, and already one of the best punk albums of the year.” – Brooklyn Vegan

“The beauty of PUP is that the band writes confident, catchy punk songs that are fueled, almost exclusively, by anxiety and indecision. On [‘Morbid Stuff’], PUP offers up a new batch of songs that all play like stadium-punk anthems, but Stefan Babcock is still singing about every stupid thing he’s ever said or done. ” – The A.V. Club

“Morbid Stuff just still sounds like friends having fun and making catchy, cathartic punk anthems for teens and almost-adults alike — offering a brief, but much needed respite from the hell that is everyday life…their strongest album to date.” – Exclaim! (9/10)

Toronto, Ontario’s PUP are psyched to release their newest video for the song “Sibling Rivalry,” one of the standout songs on their critically acclaimed new album, Morbid Stuff, out now on Little Dipper/Rise. Animated by Martin MacPherson, the “Sibling Rivalry” video tells the story of lead singer Stefan Babcock’s camping adventure with his sister which — in typical PUP tradition — goes horribly, terribly wrong…

Says Babcock about the video, “My sister and I go on pretty wild camping trips every year. Each year they get crazier and crazier, because we’re constantly trying to out-dumb one another. This song is about a couple of those trips. In order to tell some of these very stupid stories, I’ve started drawing really shitty comics. I draw like a 5 year old, but I love doing it. There’s something liberating about diving headfirst into something you know is going to turn out like absolute trash. Luckily for me, my pal Marty is really creative and incredibly good at animation, and he really helped bring these stories to life in this video.”

Formed in Toronto five years ago, PUP — comprised of Stefan Babcock, Nestor Chumak, Zack Mykula, and Steve Sladowski — quickly became favorites of the punk scene with their first two, critically-beloved albums, winning accolades everywhere from the New York Times to Pitchfork, from NPR and Rolling Stone, and more. Now, with Morbid Stuff, PUP have grown up and doubled down on everything that made you love their first two records. It’s gang’s-all-here vocals, guitarmonies, and lyrics about death. Lots of them. Fitting to their ethos, their new album takes the dichotomy of fun and emotional wreckage in their songs and teeters between gleeful chaos and bleak oblivion while wielding some of the best choruses the band has ever written. It’s the most insightful, sweetest, funniest, sickest, angriest, saddest and most inescapably desperate collection of songs they’ve recorded to date. If their self-titled record was the fuse and The Dream Is Over was the bomb going off, Morbid Stuff is your family sifting through the rubble, only to find you giggling while you bleed to death.

Watch the video for “Kids” HERE

Watch the video for “Free At Last” HERE

Morbid Stuff is out NOW via Little Dipper/Rise Records. Buy it HERE.