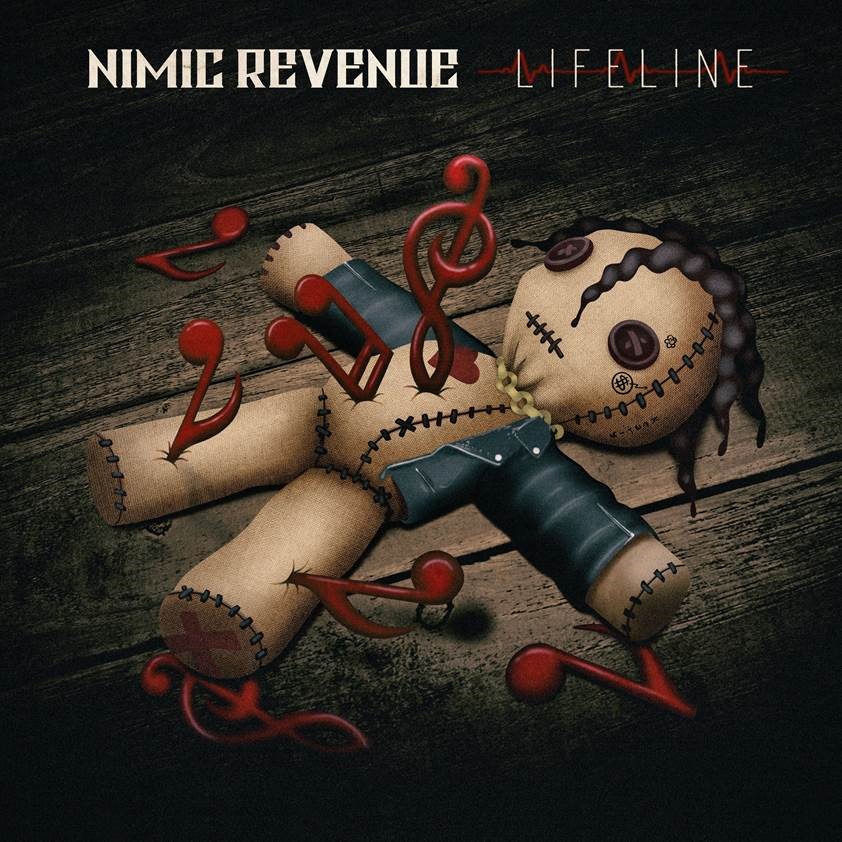 LISTEN TO THE EP HERE

“Whatever vibe you’re feeling, I know LIFELINEis going to touch you.  I’ve been super honest.  I know it’s going to change my life, and I know it’s going to change [others, too]… I grew up never really having a lot of friends, and I know my music is going to bring me so much more than that. It’s going to bring me family, and I want to share my love with them, our love for music.” – Nimic Revenue
(June 28, 2019 – New York, NY) Def Jam Recordings proudly pushes into the future with the breakthrough of Nimic Revenue, the provocative next-generation hip-hop star who made history as the first Twin Cities rapper in decades to sign with the label. Nimic’s career has skyrocketed with her brand new single and video, “Paramount,” and now delivers on the promise she made to herself and her fans with the release today of her debut EP, LIFELINE.  In addition to “Paramount” and the “Lifeline” title track, the EP also contains “Butterfly,” “Kim K,” and “Tattoo Master.”

After setting herself apart from the pack on 2018’s “Leveled Up, ”Nimic was signed to Def Jam late in the year.  She dropped a melodic new song and video in February, “AWLORN Gang,” and hit the road on a 20-city North American tour with Def Jam label-mate DaniLeigh.  In March, Nimic was positioned as one of Def Jam’s next generation hip-hop stars when “Therapy” was included on the UNDISPUTED multi-artist compilation.

20-year old Nimic“is already a legend in her home state,” asserted hotnewhiphop.com, no mean feat considering Minnesota’s rich vein of musical talent.  That would include Prince, one of the primal influences on a young, troubled Nimic, who struggled with identity issues in her younger years.  “You could argue,” concluded hnhh, “that St. Paul was just the environment to provide her deep coverage, and unfettered support, as she came into her own.”

Earlier this month, an expanded photo and interview feature in COVETEUR brought Nimic in front of one of her largest audiences for a frank and personal encounter.  When asked if she gets nervous before dropping new music, she replied: “Sometimes I get a little timid because I’m already gay; I’m already black with tattoos on my face and all over my body; they’re already going to judge me, so fuck it, you know? That’s why I’m living carelessly in the right ways—careless about the shit I should be careless about, and I care about the right things. I care about people, I care about making great music, I care about making great impressions, I care about having good relationships, and that’s it.”

When the “Paramount”video premiered last week, Billboard immediately applauded Nimic for “looking to rattle the cages of hip-hop’s ecosystem… [she] kicks off the clip by turning on the radio to hear the local host talk about how her new track has been getting crushed by the public. She brushes the haters off with ease and heads to her quiet place deep in the woods. Nimic remains calm — almost too calm — as cars are burning around her, while she then posts up inside her trailer to smoke in peace.”

ABOUT NIMIC REVENUE:
The truth will set you free. Nimic Revenue never felt like she fit in—with family, peers, or society—but music was her way out. “I always just felt different,” she says. “I make music that reflects how I feel. It lets me talk to myself in a pure way.”

Growing up in Minnesota, the 20-year-old recalls a tumultuous childhood; parents who worked all the time, struggling with loneliness and grappling with anger issues that culminated with nine stints in jail. “Growing up, I’ve been through a lot of shit,” she reflects. “I’ve always been bad. I don’t know why.” Accepting her sexuality and attraction to women—amid family disapproval—left her especially isolated. “I’ve always been a lone wolf.”

Music was the saving grace. With an eclectic ear for Michael Jackson, Prince and reggae, she was blessed with artistry from a young age. Young Nimic would do impromptu shows for her stuffed animals and by the age of 10, she was in a pop/hip-hop group with her brother called MIKAZE. That proved stifling and she forged out on her own as a solo artist. Initially, she was hesitant that she didn’t fit the conventional stereotypes of women in hip-hop. “I always felt people wouldn’t accept me. I never felt like, I was cute or none of that shit. I was just me.” She made a conscious decision to shake off the doubt and to just be herself. “It took me loving myself. I had to put my heart into it.”

Nimic Revenue’s music is a reflection of a young woman coming into her own. 2018’s “Leveled Up” showcased her propensity for melodies and a boisterous flow. She arrived at Def Jam Recordings late in the year – the first Twin Cities rapper in decades to sign with the label.  In February 2019, as Def Jam moved into its 35th anniversary year celebration, Nimic dropped a melodic new song and video, “AWLORN Gang.”  That same month found her on a 20-city North American tour with Def Jam label-mate DaniLeigh.  In March, Nimic was positioned as one of Def Jam’s next-generation hip-hop stars when “Therapy” was included on the UNDISPUTEDmulti-artist compilation.  “Paramount,” a new single released in June, preceded the release of her long-awaited debut EP, LIFELINE.

It’s surreal, dizzying how fast things are happening for the new artist. But Nimic Revenue is ready to make her mark— defying expectations and labels. “I want to be a legend,” she says. “This is my time.”