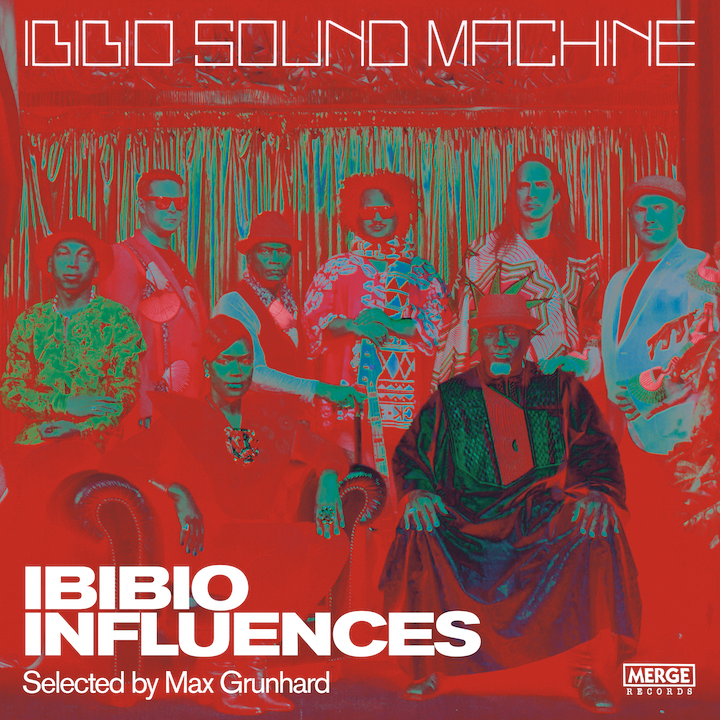 “No one is crushing different sound worlds together quite as compellingly as them right now.” – DJ Mag, 8.5/10

Ibibio Sound Machine released their new album Doko Mien this spring on Merge Records, and today they have shared four infectious playlists in advance of their U.S. headline tour. Each of the four playlists were curated by a different band member and are as funky and worldly as the band themselves. Read more on each playlist below, and all of the playlists can be found now via the Ibibio Sound Machine Spotify page: https://spoti.fi/30D06l5.

IBIBIO INFLUENCES, Selected by Max Grunhard: “There are so many different inspirations musically for us as a band. Here are a few current favourites we’ve been checking out.”

AFRICA CALLING, Selected by Alfred Banneman: “These tracks are landmarks to my career as a musician growing up in Ghana. I was privileged to meet some of the stars here including E.T. Mensah and was part of the band that supported Fela Kuti’s Koola  Lobitos ‘Highlife’ band in 1971.”

BEST OF BRAZIL, Selected by Anselmo Neto: “This is the music that inspired me to be a musician growing up in Bahia, Brazil.”

The band released title track “Tell Me (Doko Mien)” featuring disco beats colliding with polyrhythm and pizzicato guitar. Stereogum called it “an absurdly infectious percussive party track seemingly inspired by the same influences that fueled Talking Heads and LCD Soundsystem,” and Afropunk said it “sounds like the lost child of some early-’80s, New York session produced by Lisa Lisa’s Cult Jam, or by Gloria Estefan’s old Miami crew.” On their groovesome, inclusive second single “Wanna Come Down,” Brooklyn Veganadds that the song is “another infectious jam from the album that mixes disco, ’80s electro with English and Ibibio language lyrics.” Watch the Steve Gullick-directed video for the single that captures the song’s liveliness HERE. And the sultry “Guess We Found a Way” is a change of pace from the more uptempo cuts previously released from Doko Mien, which Stereogum described as “a deep, dreamy groove of a slow jam”–a further indication of the many moods and influences at play across the album’s 11 tracks. Stream Doko Mien now: http://smarturl.it/DokoMien.

Long lauded for their jubilant, explosive live shows (Entertainment Weekly best described them, saying, “If the United Nations’ General Assembly convened at Studio 54, Ibibio Sound Machine would easily be that night’s headlining act”), the group fully capture that energy and communication on the new album. After a set of album-release shows throughout the UK including sold-out shows in London, Bristol, and Manchester, Ibibio Sound Machine will return to the U.S. this month including appearances at MRG30 in North Carolina and at Pickathon in Oregon. See their current tour routing below.

“Music is a universal language, but spoken language can help you think about what makes you emotional, what makes you feel certain feelings, what you want to see in the world,” says Williams. When she uses both English and Ibibio – the Nigerian language from which her band’s name is derived – on Doko Mien, the group somehow produces a world of both entrancing specificity and comforting universality, a language entirely of their own. In a glowing piece in the New York Times, the songs on the band’s 2017 second album, Uyai, were praised for following “in the tradition of much African music, [making] themselves the conscience of a community.” By pulsing the mystic shapes of Williams’ lines through further inventive, glittering collages of genre on Doko Mien, Ibibio Sound Machine crack apart the horizon separating cultures, between nature and technology, between joy and pain, between tradition and future.

“The third album from the London collective Ibibio Sound Machine is here, and it’s incredible… some of the collective’s most exhilarating work.” – Paste Magazine

“Often sung in the Nigerian language which the band’s name comes from, the songs on Doko Mien, take liberal cues from disco, jazz, West African funk, and South American grooves. It’s a winning combination on the band’s second LP” -Noisey

“Williams’ masterful delivery, not to mention the band’s deft playing, more than get the point across throughout this fantastic album.” – Exclaim!, 9/10

“(Doko Mien) marched into culture with the enthusiasm and blurring action of a parade. Their celebratory fusion of genres, musical periods, and languages… comes equipped with a palpable edge via the grit in Williams’s versatile blare, tactile synths, and frenetic rhythms.” – Jezebel 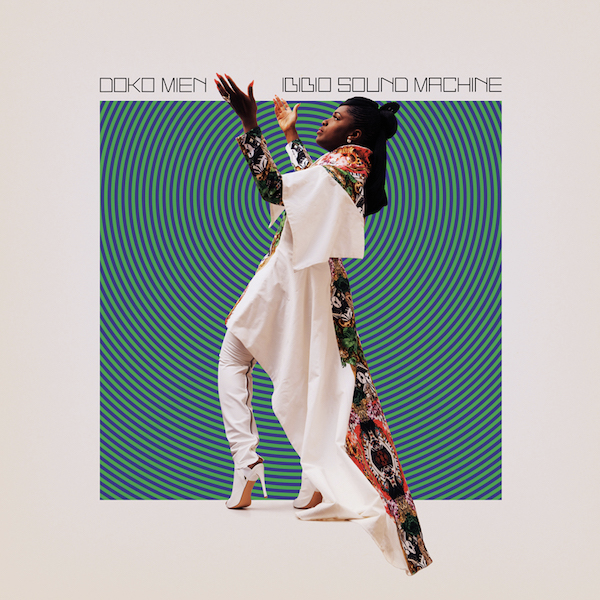