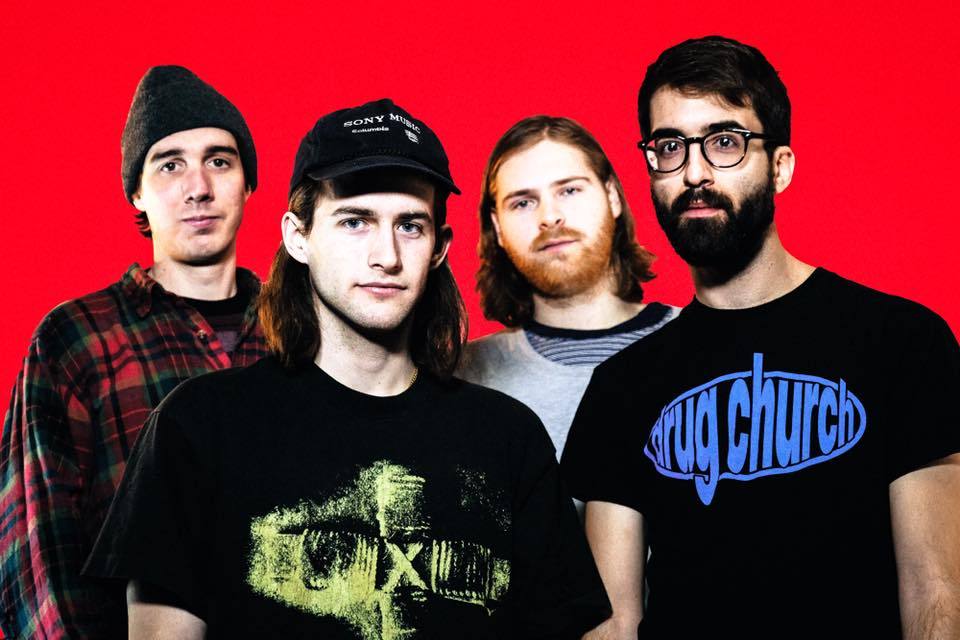 What others are saying about Heart Attack Man’s ‘Fake Blood’:
“… we’ve finally found a worthy successor to the Blue Album or Pinkerton. Fake Blood is brimming to the edges w/ attitude, spitfire spite, and a blast of humor and intelligence… One of the year’s most compelling rock records. ” – Sound the Sirens Magazine

“Heart Attack Man is the unsung hero of millennial rock music. No, this record is not for everyone. It’s a dark and twisted journey that will leave some feeling uncomfortable and upset, but that’s the way of the antihero.”- Substream Magazine

“…a crunchy, power pop-ish song that’s sort of somewhere in between Modern Baseball and Weezer.”- Brooklynvegan

“A fine mixture of self-deprecation and cutting lyricism, Heart Attack Man balances catchy pop-punk, hardcore and 90’s alt-nostalgia….the type of record that develops an intense cult following while showcasing Heart Attack Man as one of the next band’s to break out on the scene.”- Chorus.fm

“…one of modern emo’s most compellingly forceful albums in some time. Heart Attack Man realistically verge towards straight-up rock in just how much power they’re able to pack in. And that’s entirely complimentary as well. Transcending emo’s ceiling is not an easy task, but the spark in HAM is undeniable, and ’Fake Blood’ is where it’s really crystallised into something excellent.” (4/5)- *Already Heard*

“a hefty mix of dirty guitars and solid hooks that should appeal to fans of FIDLAR, SWMRS, Rozwell Kid, Weezer and Joyce Manor.”- Count Your Bruises Magazine

“…gritty, grungy punk rock that channels some of the genre’s best, most prominently bands like Wheatus and Weezer.”- Depth Mag

The band’s tour with Seaway and Free Throw kicked off last night and runs through May 10. Heart Attack Man will then hit the west coast with Sincere Engineer and Rome Hero Foxes in June. See dates below.

Check out HAM’s latest video “Out For Blood” here:https://www.youtube.com/watch?v=6JSyynh11LQ.

Heart Attack Man has gained notoriety through their shrewdly clever use of social media (which prompted writer James Shotwell to write a think piece titled ‘What Artists Can Learn From The Marketing Genius of Heart Attack Man’), but their indie-leaning power-pop/rock (a hefty concoction of grungy guitars and steady hooks) shows that they’re not to be underestimated.

The band has previously toured with Free Throw, The Early November, Hot Mulligan, Kississippi, Drug Church, Homesafe, The Movielife, Gouge Away and Crime In Stereo. 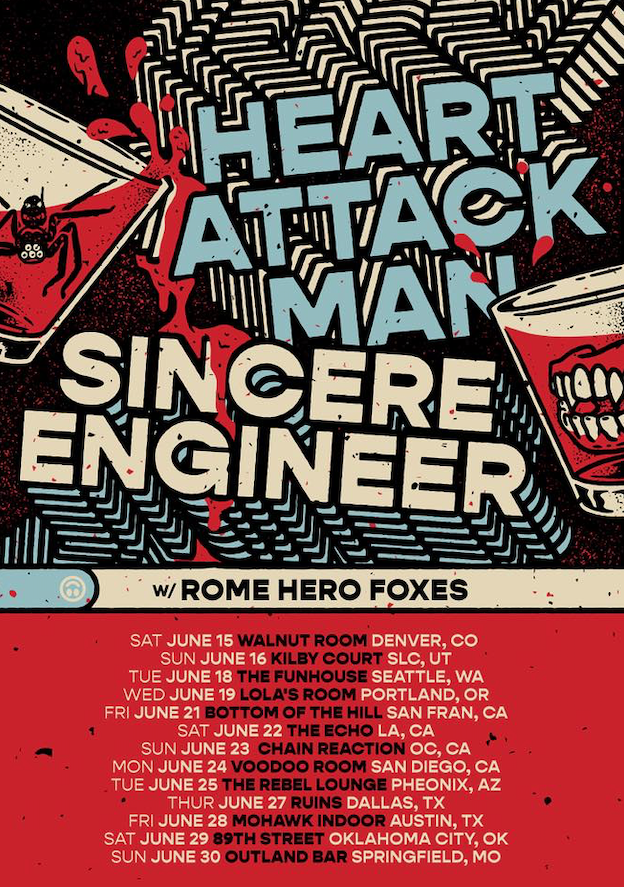 “Heart Attack Man was birthed by the combustion of dark cosmic forces that have been swirling in my mind since the days of old. Alongside Adam Paduch since the beginning, this ancient and powerful energy spawned two EPs, as well as our debut album ‘The Manson Family,’ whereupon Seamus Groman and Tyler Sickels joined us on our journey of extensive touring, with an intensity and velocity identical to the combustion of forces that begat this band.

As stated in Newton’s Third Law of Motion; for every action, there is an equal and opposite reaction. Despite the unbelievable power that Heart Attack Man wields, we are not exempt from the laws of physics; and the equal, opposite reaction pushing against us has certainly shaped us.

Against this reaction, we’ve carved out our own path—our own niche—connecting with an enthusiastic following, as well as releasing a split EP and a single in the thermal trail emanating from ‘The Manson Family.’

Riding along this seismic wave through the simulation, the creative energy has only gotten darker and more intense; leading to the creation of our sophomore album ‘Fake Blood.’

Picking up right where ‘The Manson Family’ left off, ‘Fake Blood’ is a refined offering that is both musically and thematically more calculated than ever before. The downtrodden confusion of ‘The Manson Family’ has festered into anger and frustration, and the ransom has been increased.” 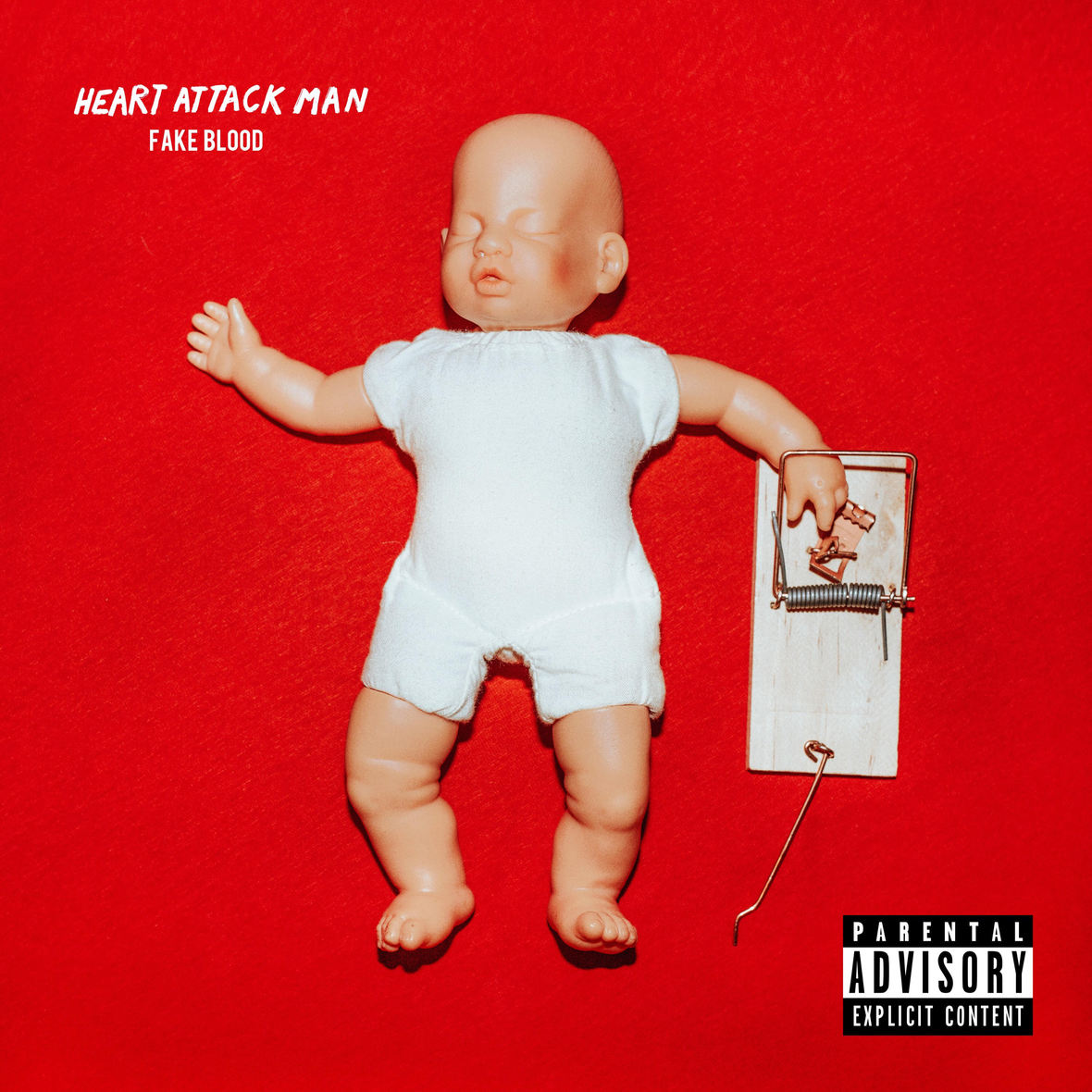 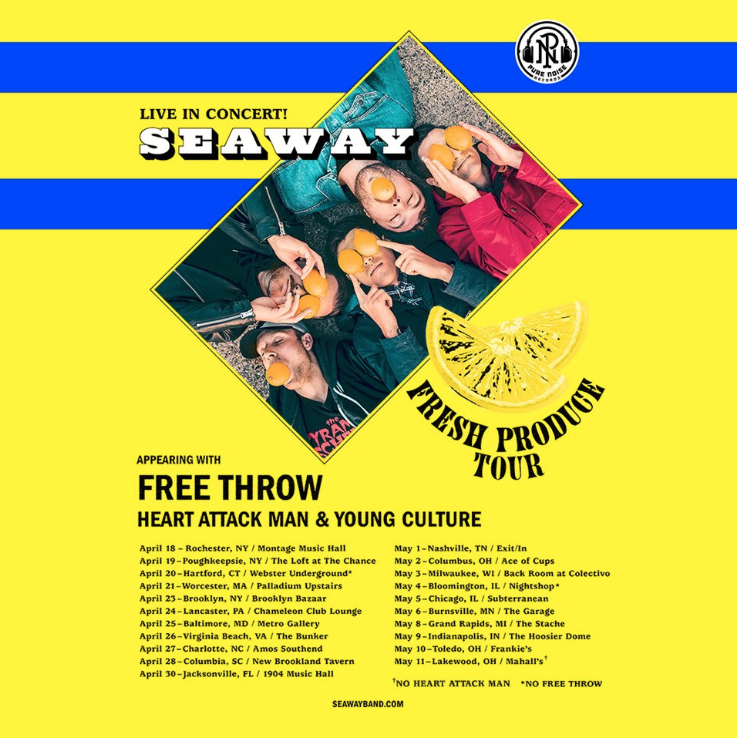 Mon May 6 Burnsville, MN – The Garage

Thu May 9 Indianapolis, IN – The Hoosier Dome