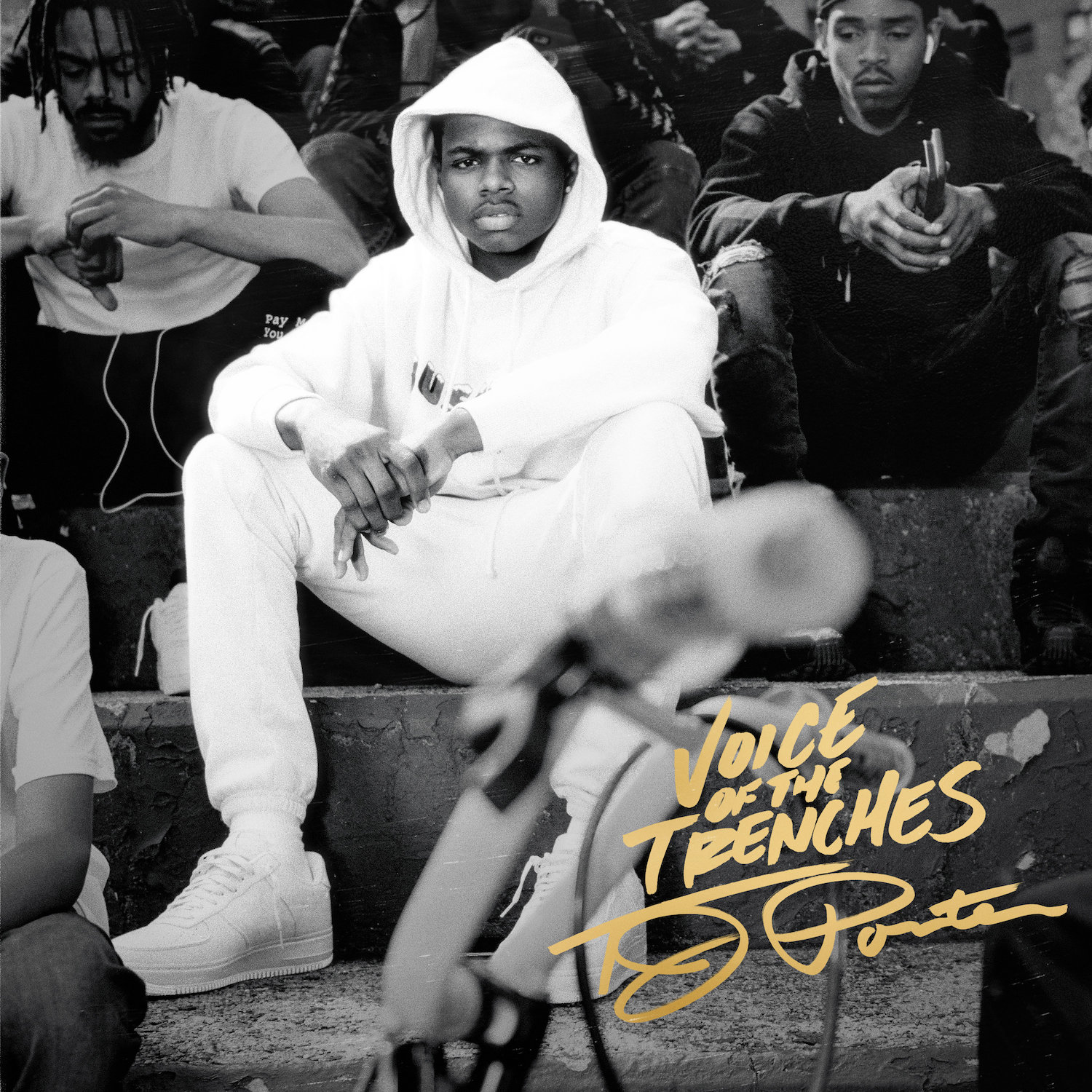 “Voice Of The Trenches is an album that does its best to bridge generations between the melodic impulses of youth, and the grittier direction of the classic hip-hop.”

“Voice of the Trenches displays Porter’s ability to tell stories like a seasoned veteran.”

“Pulling bits and pieces from multiple eras of rap, he’s making music that appeals to all generations.”

(June 28, 2019 – New York, NY) From Harlem, for Harlem, TJ Porterhas established his undisputed street cred with a streak of uncompromising singles and videos – highlighted by “Glowin’ Up,” “Tricky,” “Harder Than Ever,” “Do You Care?,” and of course his hometown celebration “Harlem” – all setting the stage for the release today of VOICE OF THE TRENCHES, his debut album via Def Jam Recordings.

WATCH “HARLEM” MUSIC VIDEO HERE
“Porter’s bravado bleeds New York,” wrote Billboard passionately this week of the former high school basketball star, whose closest friends include future NBA draft prospects Cole Anthony and Julian Newman. There but for fortune, TJ’s career might have been on the court with them, instead of in the recording studio and onstage. As TJ showed during the recent NBA All-Star Weekend, however, at the Coca-Cola stage performance and then at a special 3-on-3 matchup game, the two driving forces of his life will probably always co-exist.

ABOUT TJ PORTER:
You miss 100% of the shots you don’t take…but TJ Porter is shooting to win. The Harlem native is taking his prowess from the basketball court—hunger, drive and hard work—into hip-hop. “This is a mental game,” he says. “I want to be the best.”

Raised in the Robert F. Wagner Housing Projects, the 19-year-old (born Terrence Reaves) grew up on Nas, The Notorious B.I.G., Tupac Shakur, and 50 Cent. “My uncle would say, ‘I want y’all to listen to this and by the end of the day, tell me what the songs mean.’” Mature for his age, he began rapping at eight and made his first song at 12. “As a kid, I was always chilling with the older guys in the hood. I would always be rapping.” His natural athleticism led him to want to pursue basketball professionally. For several years, music took a back seat to his hoop dreams.

In 2016, at age 15, TJ’s career—and life—hit a turning point when his best friend, Chico, was fatally shot in a gang-related incident. TJ questioned his life in the streets and admits he was filled with anger. “I ain’t gonna lie. It changed my life.” Through tragedy sprung hope. He took on “We gon’ ball,” the mantra of his slain friend, and the moniker “TJ Porter,” a nod to the debonair Rich Porter from Paid in Full, and set his eyes on rap as the prize.

Hip-hop took center stage until TJ’s potential as a basketball player began to crowd out the music—again.  Then he broke his ankle in his last year of high school, and his draft prospects faded.  The bolt from the blue sent him back to the music—this time for good.  His breakout single “Tricky” (produced by Azar x Cam), helped propel TJ into a partnership with Nike and a deal with Def Jam Records in summer 2018. His first two EPs, Pregame(November 2018) and No Disturbance (February 2019) revealed an artist of deep substance.  No less than two of his tracks (“Recount” Landstrip Chip, and “Bay 2 NY” featuring Lul G) were introduced on Def Jam’s Undisputed Vol. 1 compilation (in March).

With VOICE OF THE TRENCHES, TJ Porter is ready to tell his story. Autobiographical, he hopes to showcase the many facets of New York City—good and bad. More than anything, TJ hopes that his success can serve as a motivation, especially to other young people. “I’mma give you the trenches,” he says. “But these are the opportunities you can get.”