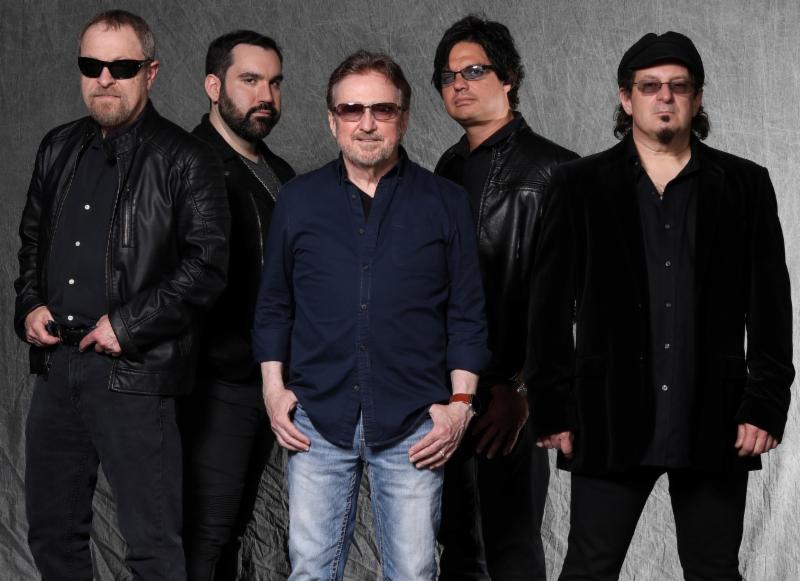 Frontiers Music Srl is pleased to announce the signing of BLUE ÖYSTER CULT! For over four decades, BLUE ÖYSTER CULT has been thrilling fans of intelligent hard rock worldwide with powerful albums loaded with classic songs. Indeed, the Long Island, NY-­‐based band is revered within the hard rock and heavy metal scene for its pioneering work. BLUE ÖYSTER CULT occupies a unique place in rock history because it’s one of very few hard rock/heavy metal bands to earn both genuine mainstream critical acclaim as well as commercial success. Now they have partnered up with Frontiers Music Srl to continue their amazing journey!

“We are delighted to be able to bring back the iconic BLUE ÖYSTER CULTwith the release of a wealth of musical material that will certainly please all the fans. Hard Rock music would not be what is now without BÖC and Frontiers is their natural “home”. We look forward to a long and fruitful cooperation!” – Serafino Perugino, Frontiers Records President.

“It’s been a long time since BÖC’s last studio album. Our biggest question from fans is ‘when are we going to do some new music?’ So we are ready to take this journey again. Recording with Danny, Richie and Jules should be a great experience as we’ve been touring together for years and Buck and I are looking forward to including them in the creative and recording process, says Eric Bloom.

“The current band is GREAT and has never been recorded other than the live concerts, so we feel now is the time for new songs to be written and recorded. About half of the songs for the new record exist and the rest will be finished during the process,” adds Buck Dharma.

A new studio album is expected to be released from the band in 2020. Fans can also expect to see remastered reissues (some with updated artwork) of four classic BÖC releases including:

Additionally, in 2020 the band will present five new live releases which include:

BÖC is often cited as a major influence by other acts such as Metallica, and BÖC was listed in VH1’s countdown of the greatest hard rock bands of all time.

Upon the release of BÖC’s self-­‐titled debut album in 1972, the band was praised for its catchy-­‐yet-­‐heavy music and lyrics that could be provocative, terrifying, funny or ambiguous, often all in the same song. BÖC’s canon includes three stone-­‐cold classic songs that will waft through the cosmos long after the sun has burned out: The truly haunting “(Don’t Fear) The Reaper” from 1976’s Agents of Fortune, the pummeling “Godzilla” from 1977’s Spectres and the hypnotically melodic “Burnin’ for You” from1981’s Fire of Unknown Origin. Other notable BÖC songs include “Cities on Flame with Rock and Roll,” “Then Came the Last Days of May,” “I Love the Night,” “In Thee,””Veteran of the Psychic Wars,” “Dominance and Submission,” “Astronomy,” “Black Blade” and “Shooting Shark.”