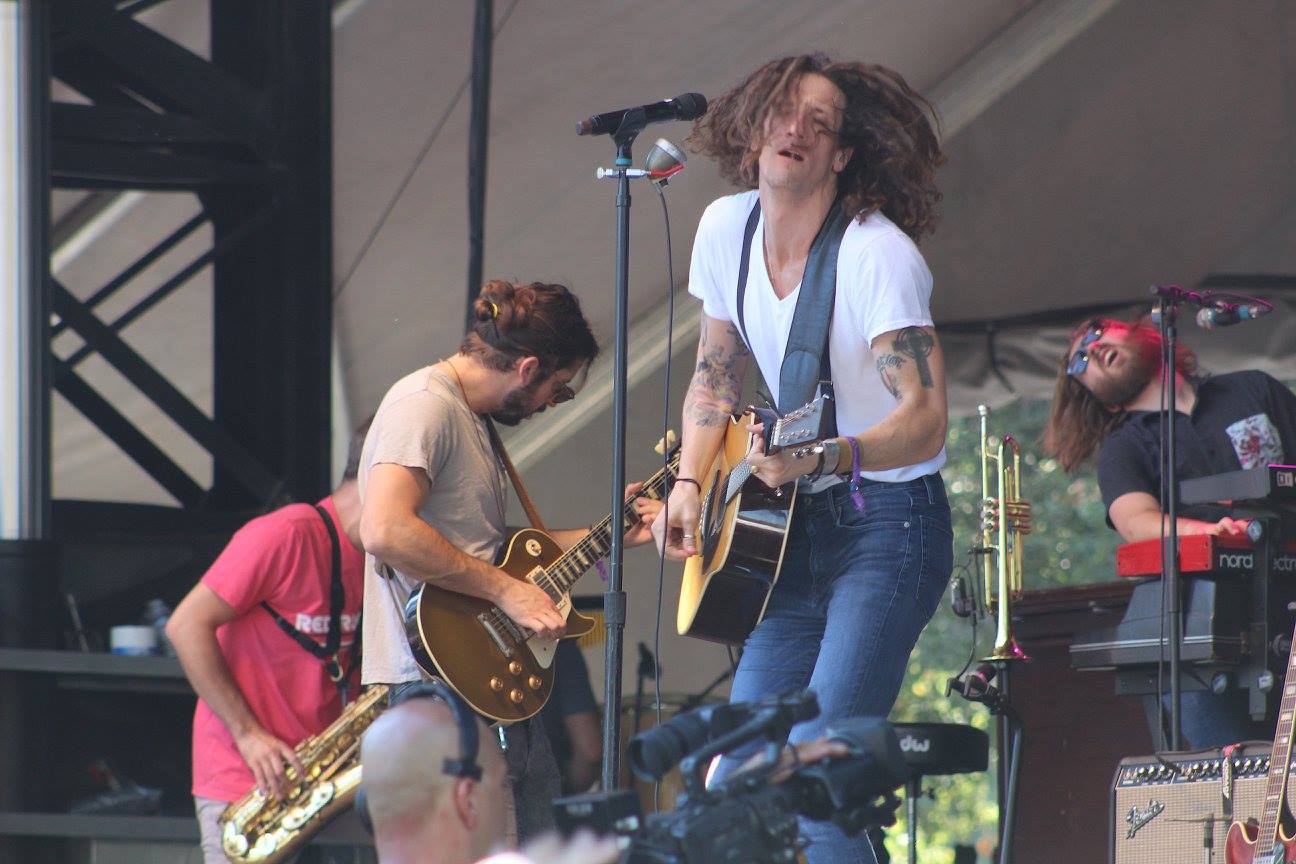 Jeff Whalen – ‘Jendy!’: Tsar frontman Jeff Whalen has released a solo album and this song, one of the singles from  ’10 More Rock Super Hits’, says it all with the exclamation point after a girl’s name. ‘It’s inspired by this girl I like … but it’s also a bit about America,’ has declared Whalen about the song. It ‘s a beach ball glam party with a bubble gum sticky chorus, it’s power pop at its best with a carefree black & white vision, a go-go dancer celebration, walking under very bright sunshine.

Craig Finn – ‘Blankets’: Because I like contrasts… the song brings heavy imagery and Americana atmosphere with guitar loops and Craig Finn’s distinctive vocals, half determined, half frightened. There is something epic in the song, which is the opening track of his upcoming release ‘I Need A New War’, a 4-minute story-telling, or a walk in the streets with a feeling of fatality despite the Leonard-Cohen-all-voices chorus and The Boss’ harmonica.

The Revivalists – ‘Change’: the song, from the band’s 2018 album, ‘Take Good Care’, has a poppy gospel vibe with a bright catchy chorus and David Shaw’s fervent vocals. A few years ago, the New Orleans band made quite a sensation with ‘Wish I Knew You’ and a few other songs, which reached number one on the Billboard Adult Alternative Songs chart. ‘Change’ has that same hook galore with a stomping wind of freedom that can effortless climbs the radio charts.

Lana Del Rey – ‘Tomorrow Never Came (featuring Sean Ono Lennon)’: Of course the Sean Lennon addition brings a Beatlesque layer to this ballad in awe with what’s happening ‘And I could put on the radio/To our favorite song/Lennon and Yoko/We will play all day long/”Isn’t life crazy?”, I said/Now that I’m singing with Sean’… The song starts with Lana wandering alone in her usual narcotic dream pop, looking to write a sequel for ‘Tomorrow Never Knows’. That’s a bold move but it makes some impression.

J.S. Ondara – ‘Saying Goodbye’: With a deep yearning in a powerful voice, Ondara gives to his song a timeless vibe while its strong hook transforms it in a real earworm, and an instant classic. The Minneapolis based Nairobi born singer-songwriter has been described as a breath of fresh air in American folk with his new album ‘Tales of America’, which navigates between heartbreak and social justice.