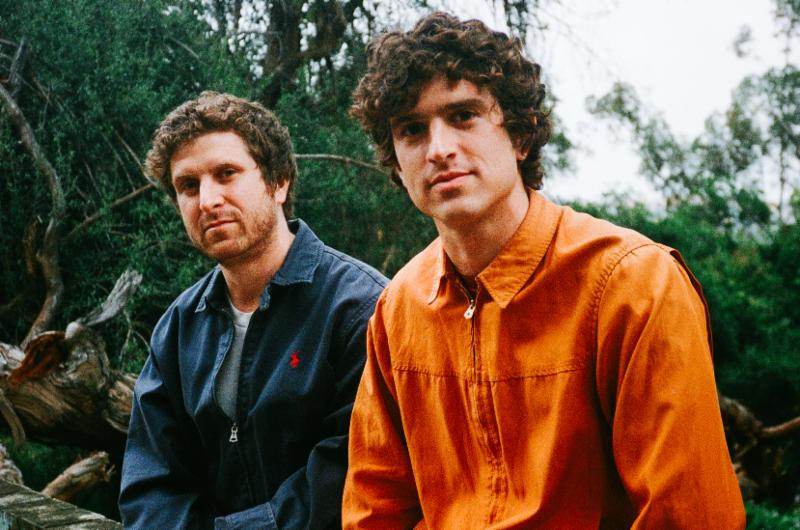 Pictures of Pictures out 9/20 on Dangerbird

“easy breezy SoCal feel we love so much.” – KCRW

Los Angeles-based Cones – a.k.a brothers Jonathan and Michael Rosen – announce their debut album Pictures of Pictures. While the Rosens only began making music together a few years ago, through touring with The Fiery Furnaces’Eleanor Friedberger as both her backing band and members of her opener Icewater, this Cones debut is a long time coming. After releasing a handful of singles, the band went into a friend’s studio to collaborate with a producer for the first time and record what they thought would be their first record. Ultimately, the album did not feel to the brothers like a Cones record, so they returned to their home studio and started from scratch. Now, the album which offers up an intoxicating blend of shimmering psychedelic exploration and muscular pop craftsmanship, will be released this Fall. Pre-order Pictures of Pictures, out September 20th on Dangerbird, HERE.

Jonathan animates and hand-draws all Cones videos, as he has done in the past for the likes of Toro Y Moi, Delicate Steve and Eleanor Friedberger. Today the band release Pictures of Pictures first single “Moonstone,” and this track receives a stunning animation from Jonathan that took 2-months to craft. Check out the song and watch the video HERE or HERE via Paste.

“It’s an amazing thing to work with your brother,” says Jonathan Rosen, one half of sibling duo Cones. “When you know someone that well, when you can truly be yourself with them, when you can create together without inhibition, something indescribable happens.”

It’s that indescribable chemistry that fuels Cones’ spectacular debut album, Pictures of Pictures. Recorded at the band’s own Honeymoon Suite studio in LA, The Rosen brothers draw on their radically different backgrounds here to remarkable effect: keyboardist/producer Michael is classically-trained and technically-minded, with a degree in composition and music technology; guitarist and principal singer/songwriter Jonathan has always taken a more intuitive, abstract approach based on his obsessive love for classic pop. The result is a whole far greater than the sum of its parts, a record that feels at once futuristic and vintage, spontaneous and deliberate, playful and profound.

Listening to Pictures of Pictures, you might expect to find that the Rosen brothers have been playing together since childhood, but the truth is that they only began collaborating much more recently. “As a little kid, I wanted do everything except music,” says Jonathan. “When I was sixteen, though, I lost a friend to suicide, and I started writing all these poems and songs as a way to deal with it.” The brothers began to make music separately – Jonathan in punk band Cardboard, and Michaelperforming in New York indie band Icewater. The two came together musically for the first time following the tragic loss of Michael’s Icewater bandmate, Grant. “Grant was an incredible musician with a brilliant mind, but he passed away before we could finish our first record,” Michael explains. “No one could ever replace him—his spirit is still a really important part of what we do today—but after his death, we asked Jonathan to join the band.” Icewater led to the brothers deciding to make something for themselves, and the end result is Cones, named after Jonathan’s favorite color: traffic cone orange.

“Beyond the ‘cuteness’ of being brothers in a band, there was this unconditional love and understanding that allowed us to create better things together than either one of us could alone,” says Michael. It’s that potent mixture that makes Pictures of Pictures so engrossing, with loss and sadness always hanging in a delicate balance alongside hope and joy. For all that’s said in the music, though, perhaps the most powerful moments come from what goes unsaid, as Cones’ songs are living proof that some bonds run far deeper than language ever could. In the end, that’s what brotherhood is all about.