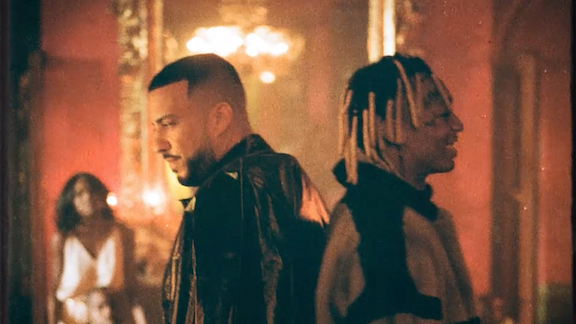 WHAT THE PRESS IS SAYING ABOUT TYLA YAWEH…

“…the 23-year-old rapper is clearly on his own wave and he’s making music that crosses ‘all genres’ with a tip of positivity.” – Hot New Hip Hop

“Yaweh lets loose the sort of rock-tinged, trap-infused R&B that’s earned him comparisons to Swae Lee… With stylistic range, a Post Malone co-sign and a sizable buzz at his back, Yaweh is all set to level up. Get to know him…” – XXL

A new kind of rockstar, Tyla Yaweh defies everything, even genre. He seamlessly merges R&B, hip-hop, and pop without apology. As a result, he has quietly become a phenomenon. Beyond racking up over 50 million-plus cumulative streams, the Orlando-born and Los Angeles-based 24 year old disruptor has performed alongside everyone from Post Malone to Saint JHN and collaborated with the likes of Ski Mask The Slump God, Juice WRLD, and more. Not to mention, he received acclaim from Complex, Hypebeast, Billboard, Pigeons and Planes, HotNewHipHop, and more. He continues to make a name for himself on the road this summer, having recently given rousing performances at the likes of Governor’s Ball, Firefly, Bonnaroo and more, with Lollapalooza, Reading and Leeds, Life is Beautiful and more set for the coming months. Breaking rules and boundaries all at once, he’s primed to explode in 2019 with the aptly titled Heart Full Of Rage.