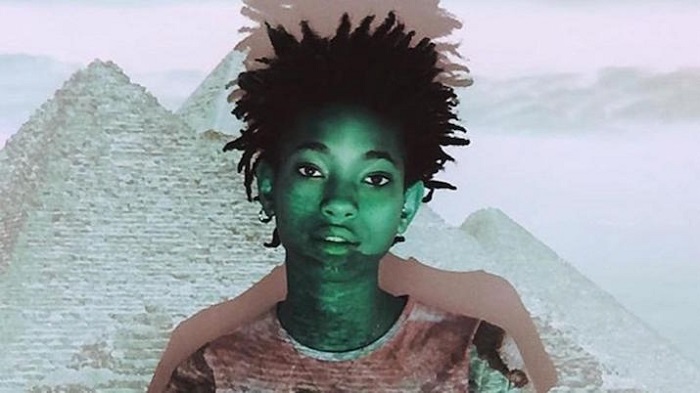 The Lion King: The Gift – Beyoncé – Inspired by the crappy movie, take out the inspersing of dialogue and some of the conceptualism, you get a Bey curated original songs from fellow performers as well as ten new songs with Beyonce headlining – B+

Bawskee 2 – Comethazine – Trap bangers galore, the kids will get  it – B

Thrill of It – Conro – Electronic guy, not bad sampling mixing and matching – B-

THE SCANDAL – Dounia – Singer songwriter electronic moodiness, it takes a couple of spins but eventually “Glass Walls” announces itself – B-

Freya Ridings – Freya Ridings – Sure “Lost Without You” is a top piano ballad, but the rest of her goth, depressive scowl songs are nowhere near as good, neither the slow nor slower songs make her more than a Florence + The Machine soundalike  – C

Reader As Detective – Generationals – A very, very solid electronic pop band who have been releasing songs from here all year and all quite good – B

Emotional Education – IDER – UK electronic duo could do with uping their energy level, at this energy level they’re not bad, and the Guardian’s Michael Hamm’s comparison to The 1975 is smart indeed, but it is just too slow and weary – B-

Rarest of Birds – Grizfolk – It has been a (relatively) solid year for rock and roll as it settles into its post-hip hop position as another genre in a different kitchen. Alt rockers Grizfolk have a killer lead off track, “Heavy Crown” and it buys em maybe four fairly ordinary songs sounding better than they are, and then it doesn’t – C+

In My Defense – Iggy Azalea – Not as good as it could be, a little too obvious self-love rap style, but it has moments: “Sally Walker,” the Kash Doll featured “Fuck It Up,” and Lil Yachty featured “Hoemita,” are all very good, and none of it is filler – B

The Warner Bros. Albums: 1970-1976 – James Taylor – He never caught up with Sweet Baby James (1970) till October Road (2000), but he could be good for two, three, four, smashes during his Warner Brothers years, and has remastered them and made them into a box set. Say thanks – A-

Lost Souls EP – Knife Party – All hard and fast house, all the time, from Perth DJs…. if you want EDM, I mean really want it, it needs to sound like Knife Party  – B

Episodios – Lyanno – Add Latin pop vocals to reggaeton and what do you get? No, not Bachata but Lyano, a good looking lad and a little boring – C+

Brandon Banks – Maxo Kream – Texas rapper Maxo’s dad was a gangsta, in out of prison, while using his ill gotten gains to feed his family. Maxo got in and out of the same game,  gangsta rap saved him from Thug Life. Maxo is joined by major Texas players like Megan Thee Stallion on story songs like Biggie, and ace rhyming and rapping – B+

12 Sides Of Summer – Mike Love – Some oldies, some new songs, all terribly depressing songs pf desperate nostalgia. It’s not that this isn’t as good as Brian Wilson, that goes without saying, it is that it can’t lick Al Jardine’s surfboard – MUST TO AVOID – D-

The Lost Tapes 2 – Nas – Pete Rock produced “The Art of It” and “QueensBridge Politics,” not bad but not “The World Is Yours”. Nas never lived up to Illmatic, and once you get used to that piece of info, Lost Tapes 2 is fine – B

Singular Act II – Sabrina Carpenter – “Pushing 20” is a great song, made me think another name in the annals of great pop women was upon us… but the rest of the album doesn’t click well enough – B-

The Space Between the Shadows – Scott Stapp – Nobody liked Creed, and it is hard to blame them. The problem, over and above the songs, was Scott’s overcooked singing. His songs and singing are better here, maybe the years have calmed us down and he sounds less obvious. Plus, lyrics like “I am a song without a father, he gave me his name and walked away” will only take you so far – C+

Order In Decline – Sum 41 – Punk rock politicising? “We will fight and resist in every way,”  and fair enough punk metaldom – B-

King’s Mouth: Music and Songs – The Flaming Lips – From the Chicago-Sun-Times: “It traces the life of a giant king, from birth to grave…  The king dies heroically, and the townsfolk honor him by cutting off his head, dipping it in steel”. Former Clash Mick Jones does the narrating, I do the calling it self-consciously dribble and pretentious nonsense – D

WILLOW – Willow – While always admirable and brave on stage, on record her folk-r&b experimental vibes has more then the whiff of pretension. No longer. Willows EP is constantly entertaining and both “Female Energy, Part Two” and especially “Overthinking IT” (which is among the best songs of the year)  are her strongest to date, and everything else is nearly their equals – ALBUM OF THE WEEK – A

Baccend Beezy – Yella Beezy – Another Texas rapper with an ear for country, like a straight Lil Nas X without the hooks – C+