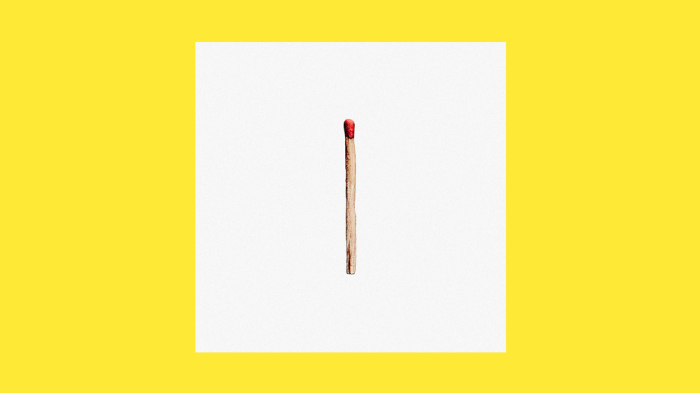 Balance, Not Symmetry (Original Motion Picture Soundtrack) – Biffy Clyro – There are definite rewards to having the same lineup for quarter of century, and this rock album finds them all in effect. While the Scottish trios alternative hard rock is on the banal side. If you can get past the expiration date,  the songs aren’t all bad and the performances are tight, taunt and well played – C+

Björk: Vespertine – A Pop Album as an Opera (Live) – Björk Guðmundsdóttir, Ji Yoon, Aki Hashimoto, Simon Oesch, Raymond Ayers, Matthew Toogood – Vespertine lends itself to operatic interpretation and the soprano vocalist gives it a classicism that makes the live performance even better – B+

Dedicated – Carly Rae Jepsen – I vastly preferred her circa “Call Me Maybe,” a song that has found it problematic to move away from despite this being her second set of fine, adult, pop songs by a good writer, try “Want You In My Room” – B

She’s Back – Dionne Warwick – Dubbed her return to soul, this isn’t the 1969 Soulful but an 80s sounding collection of half baked ballads saved by one of the great, jazz inflected singers of all time. The second album (included here)  is her 1983 Dionne Sings Dionne, re-released as an add on because… well, I don’t know why. As for She’s Back, neither the Babyface nor the Musiq Soulchild are anything more than a straight drag, but the Brian McKnight is a keeper  – C+

Father Of Asahd – DJ Khaled – “Higher” is the best song Khaled has ever put his name to, and while the two Buju Banton songs aren’t, who cares when we get to hear from the great Rastaman with material, especially “Higher Ground” which is better than Banton’s own, recent “Count For Sale”. Otherwise, having a top pop star on your song doesn’t make it a top song. Chris Brown, Cardi B, Justin Bieber, Sza and more disappoint. Jay Z  and Future are on the same track and it still isn’t great. Worse, Khaled’s interspersing of pointless line iterations, interruptions, rah rahing and general nuisance values kills off way more than he has any rate to – B

No Keys – Dommengang – Prog rock that is in the desert and in the garage, a terrific roar and wall of sound, and it may well be the guitar album of the year – B+

Baby, Please Come Home – Jimmie Vaughan – Superb when I caught the guitarist opening for Eric Clapton last year, here he covers the likes of Lloyd Price, Lefty Frizzell, Chuck Willis, -Bone Walker, Etta James, Fats Domino, Gatemouth Brown, and Jimmy Reed (I once wrote that the Fabulous Thunderbirds sounded like Jimmy Reed on acid), and he performs them all with a zen like genius, except, his voice could be better – B+

SlipCover – Jimmy Webb – Beautiful  versions of songs like “God Only Knows” and “Accidentally Like A Martyr” by the great songwriter, instrumental and solo on the piano – B

Divinely Uninspired To A Hellish Extent – Lewis Capaldi – His Irish lilt is beyond annoying, his songs lachrymose folk pop, and his haircut a non-starter – MUST TO AVOID – D

11:11 – Maluma – The salsa “Te Quiero” is ace, and the Ricky Martin is its equal, though less crossover inspired than F.A.M.E.,  and a touch too reggaeton in Bad Bunny’s world, it does the job – B

Fever – Megan Thee Stallion – “These are simply instructions on how you should use my clit,” is the line of the year, Cupcakke would sign off. “Hood Rat Shit” is a song of the year, “Running Up Freestyle” a great freestyle, “Realer” the single, and song for song the Houston rappers debut album is on a whole other level of excellence. Why? The rhyming added to the flow, the tracks not so much, which is why it is a little overestimated – B+

Living Theatre – Olden Yolk- Early 00s style indie flakiness, subdued but pretty, moody duo featuring a member of Quilt -who I quite liked…they share lead  vocals and the girl sounds better, though they are best when harmonizing  – C+

Heroes & Gods – Rahsaan Patterson – A strong tenor, here is soul man Rahsaam’s first album in seven years and the problem is precisely what it is for every retro soul man: the material is boring though everything else is fine – B-

RAMMSTEIN – Rammstein – Originally from East Berlin, they had the sound of boots on necks down to an art, and that industrial metal sound is a smackdown of fascism like a forcefield. “Deutschland” is unreal -a masterclass in what it means to dismiss the USSR and find yourself with a different superpower – ALBUM OF THE WEEK – A-

Nothing Great About Britain – slowthai – There was a time when a full frontal attack on the British establishment would cause controversy, post_Brexit it is a self-evident truth. The rapping is very strong by this white kid raised in council flats with no future in the headlights –  B+

Mass Manipulation – Steel Pulse – UK reggae band, up against the wall… could use a little sweetness in their rub-a-dub, the horns on “Thank The Rebels” are good  – C+

Living Mirage – The Head and the Heart – Blah Americana – C-

Gloria Sparks – The Lumineers – I wasn’t crazy about the folk band at first but I am now, three songs, all wonderful folk-pop moves, steady in the 21st century – B+

I Am Easy to Find – The National – I was ready to hate on the National (one of two bands where I know their parents and their parents asked them to call me and they didn’t -yes, really), I split the four singles, I didn’t think that the additional of voices was much more than sexism by different terms and unnecessary -we get that Matt’s tenor rules the band and that adding a different voice would change the sound, but it didn’t really and it is all a little affected. Having said all of that, I love their sound and their sound is intact though not improved upon – B

IGOR – Tyler, The Creator – After Goblin, Tyler lost me for years and years, till he came out of the closet on the fine Flower Boy, and continues his (best friend) Frank Ocean meets Flying Lotus art-rap conditioning for college sophomores embracing a safe space – B+

Transience – Wreckless Eric – His worst album this decade, but it is still a ton better than Elvis Costello so there you go – B

Of Mics and Men EP – Wu-Tang Clan – four songs, all perfect, three skits but not really skits, testimonials,and less is absolutely more… the level here is through the roof, the first two tracks the best they’ve done in years – A-