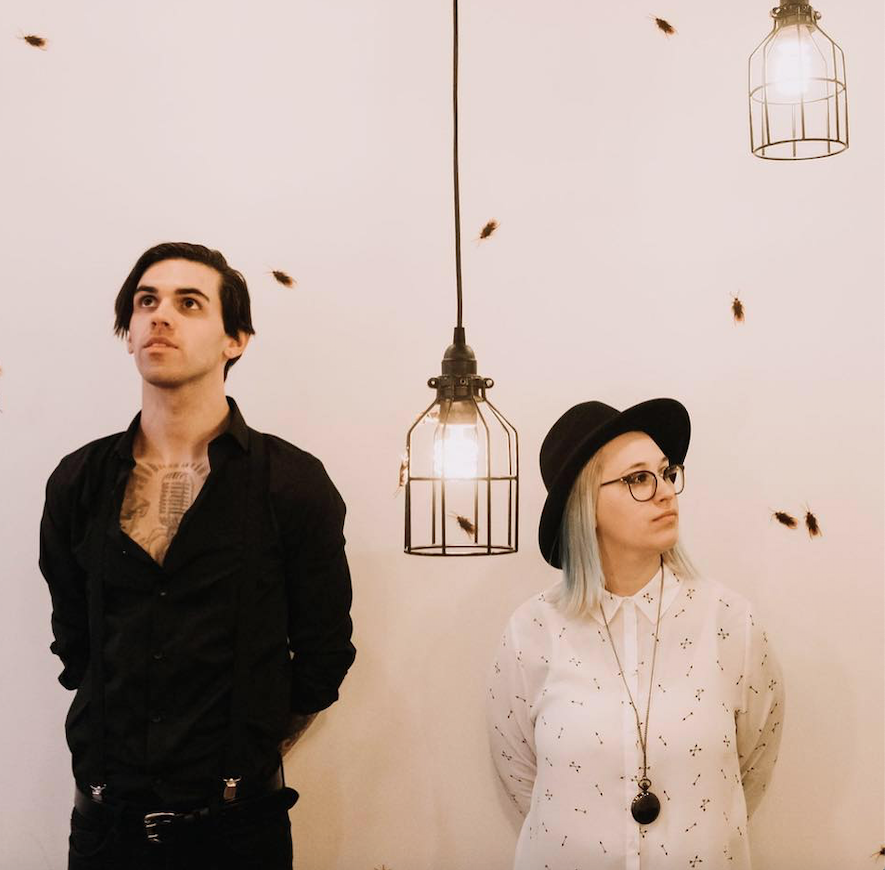 “…maintains a high dose of punk energy with plenty of pop hooks and sensibilities. Filled with choruses that you can raise your fist and sing along with as well as verses that are equally smart and solid, “Leeches” moves beyond tired power punk tropes with ease.”- Popmatters

New Jersey-based pop-rock/punk duo 18th & Addison have dropped a new video for “Leeches,” the first single off their upcoming Wiretap Records debut due out this fall.

Pre-save the single (available on all DSP’s this Friday, July 19) here: https://distrokid.com/hyperfollow/18thandaddison/leeches .

“We really wanted to do something different then we usually do with our videos. We usually take a much more comedic approach but with this one we wanted to make it a bit more serious and tell a little bit of a darker story to drive home the vibe of the song.” – Kait DiBenedetto

“To sum up the concept, “Leeches” is a song about growth and progression towards a better future, a better sense of self no matter the cost. Out with the old and in with the new.”- Tom Kunzman

18th & Addison is an eclectic pop-rock/punk duo consisting of Tom Kunzman and Kait DiBenedetto. Fearlessly blending all of their musical influences from Punk Rock to 80’s New Wave to 90’s alternative and Power Pop, 18th & Addison are creating a style of music to proudly call their own. With their ferociously honest yet poetic lyrical content, unapologetic punch-in-the-gut guitar riffs and powerhouse drumming to drive it all home, they are proving that they are here to stay.

The duo has been releasing music since late 2014 and has produced two EPs and a full-length album independently amidst booking their own regional tours and shows in support of each one. 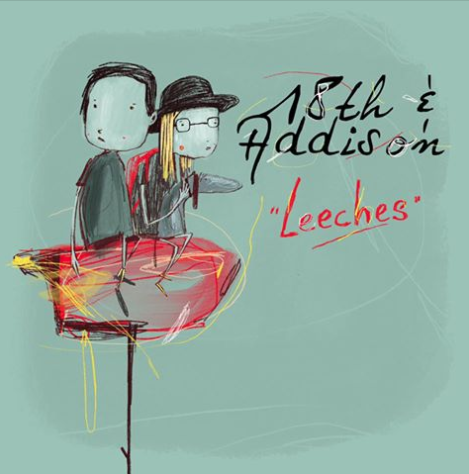